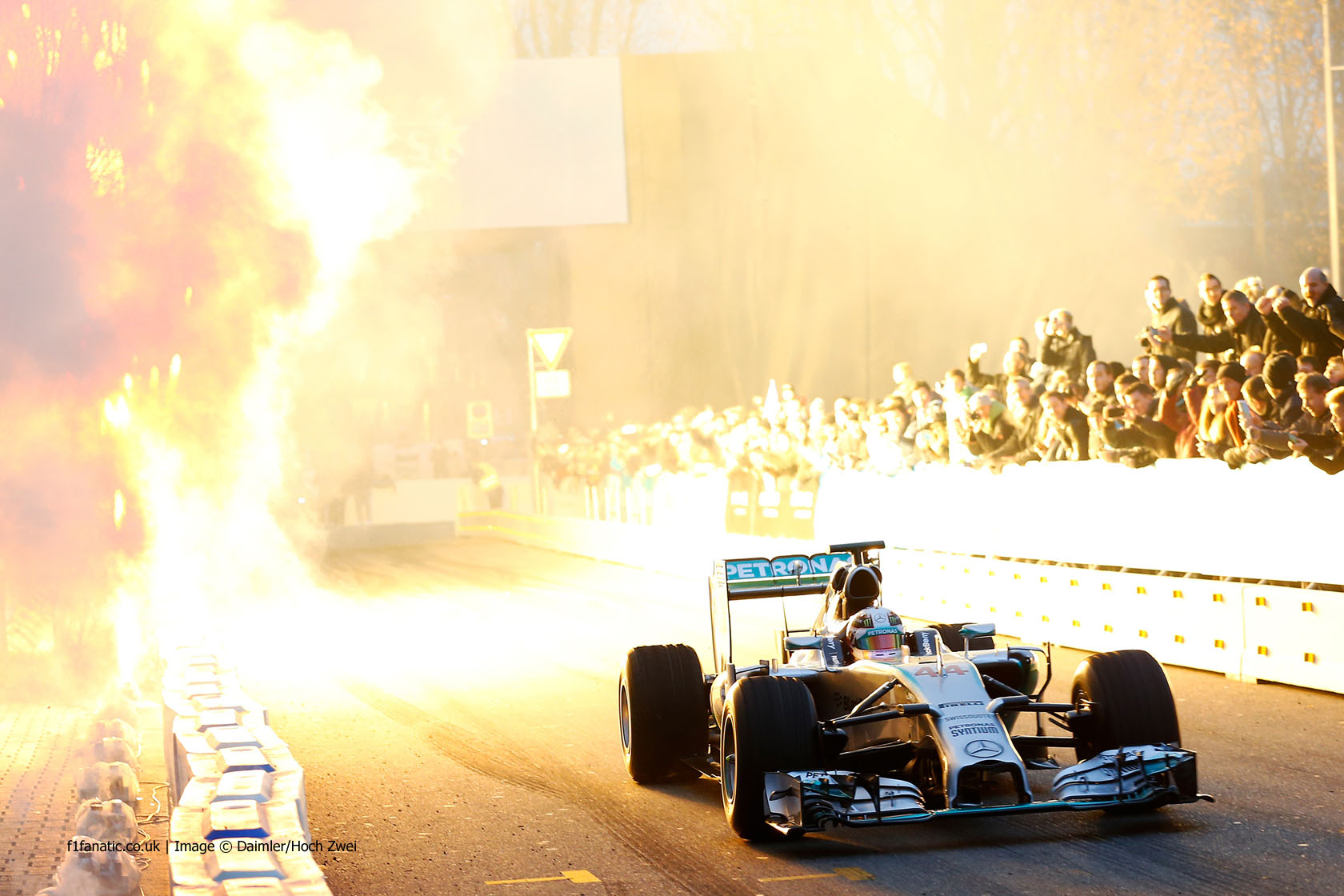 Lewis Hamilton and Nico Rosberg joined a roster of past and present Mercedes racing drivers – and their cars – to celebrate the team’s and Hamilton’s championship success in Formula One this year.

“The reception from the fans here in Stuttgart was absolutely indescribable,” said Hamilton. “I celebrated my first world title with spectators here at Stars and Cars back in 2008, but this year, they have topped even my expectations.”

“Winning this title was the best moment of my life,” he added. “The team turned in an extraordinary performance, for which I would like to thank all my colleagues in the factories at Brackley, Brixworth and here in Stuttgart. Our progress since last year has been absolutely phenomenal.”