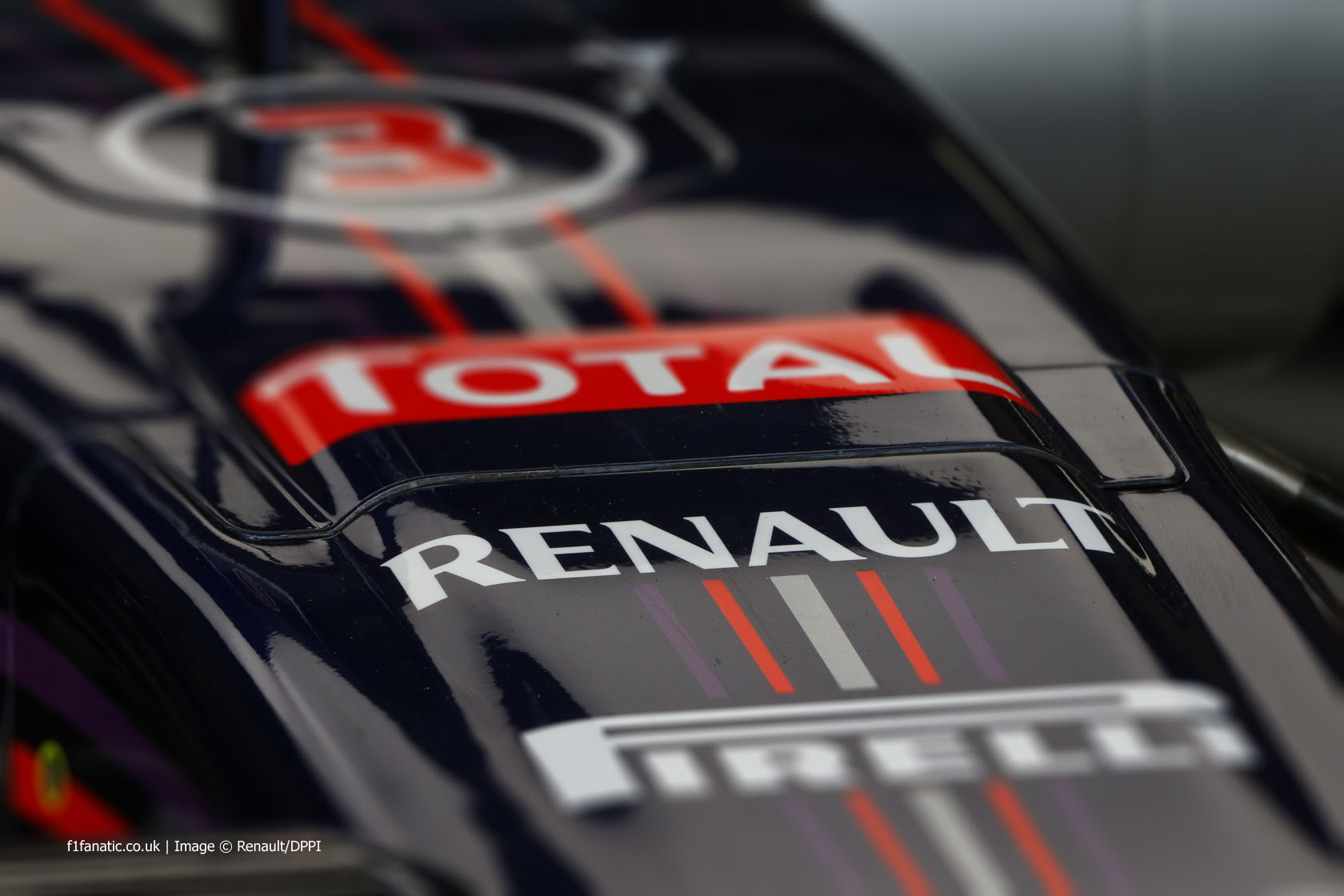 “Wolff says that every indication he has from Red Bull’s engine supplier Renault is that the French company is happy with the current engine format – even though it would like freeze restrictions relaxed.”

“Whatever Bernie Ecclestone may have told the media about putting on a free charter flight to Abu Dhabi for the beleaguered Caterham, the truth is that the 40 members of staff and administrators who flew to Yas Marina for the season finale took standard passenger flights.”

Video highlights of the last race, including previous-unheard audio of Jean-Eric Vergne exclaiming “That was a [censored by FOM] good move!” after re-passing Daniel Ricciardo.

Honda ‘s head of motorsport Yasuhisa Arai: “We always wanted to return to Formula One,” he said. “We learned a lot in the underground and this regulation is much more suitable for our job. Honda has already developed a lot of hybrid systems and we have many, many experiences in that.”

Action of the Year (FIA)

Daniel Ricciardo’s pass on Fernando Alonso to win the Hungarian Grand Prix is the only F1 entry among the 11 videos listed in the FIA’s ‘Action of the year’ poll.

Sorry to see Susie Wolff promoted to Williams test driver. Great PR and yes she's very good but there are so many that deserve it more …

Continually shocked today by how bad @InterlagosTrack is. Not just the media facilities but the safety of drivers. #WeWontBeBack

Just like to say well done to @carlosainz for getting the drive! I know your going to kick ass man! Give it the big one 🏆🏁🚗✌️

Also, is this the first official @F1 video footage to appear on @YouTube with FOM's blessing? https://t.co/MKdI1WwLIS #F1

Carlos Sainz Jnr’s means an all-rookie squad at Toro Rosso next year – but is F1 a place for ‘kindergarten’ teams?

It just goes back to the problem I’ve always had with the way Toro Rosso is run, Everything is done for the young driver program and the main team rather than for the benefit of Toro Rosso as a team and I don’t feel that’s how an F1 team should be run.
RogerA

Felipe Massa’s annual kart race was won on this day five years ago by one of his old team mates – Michael Schumacher: