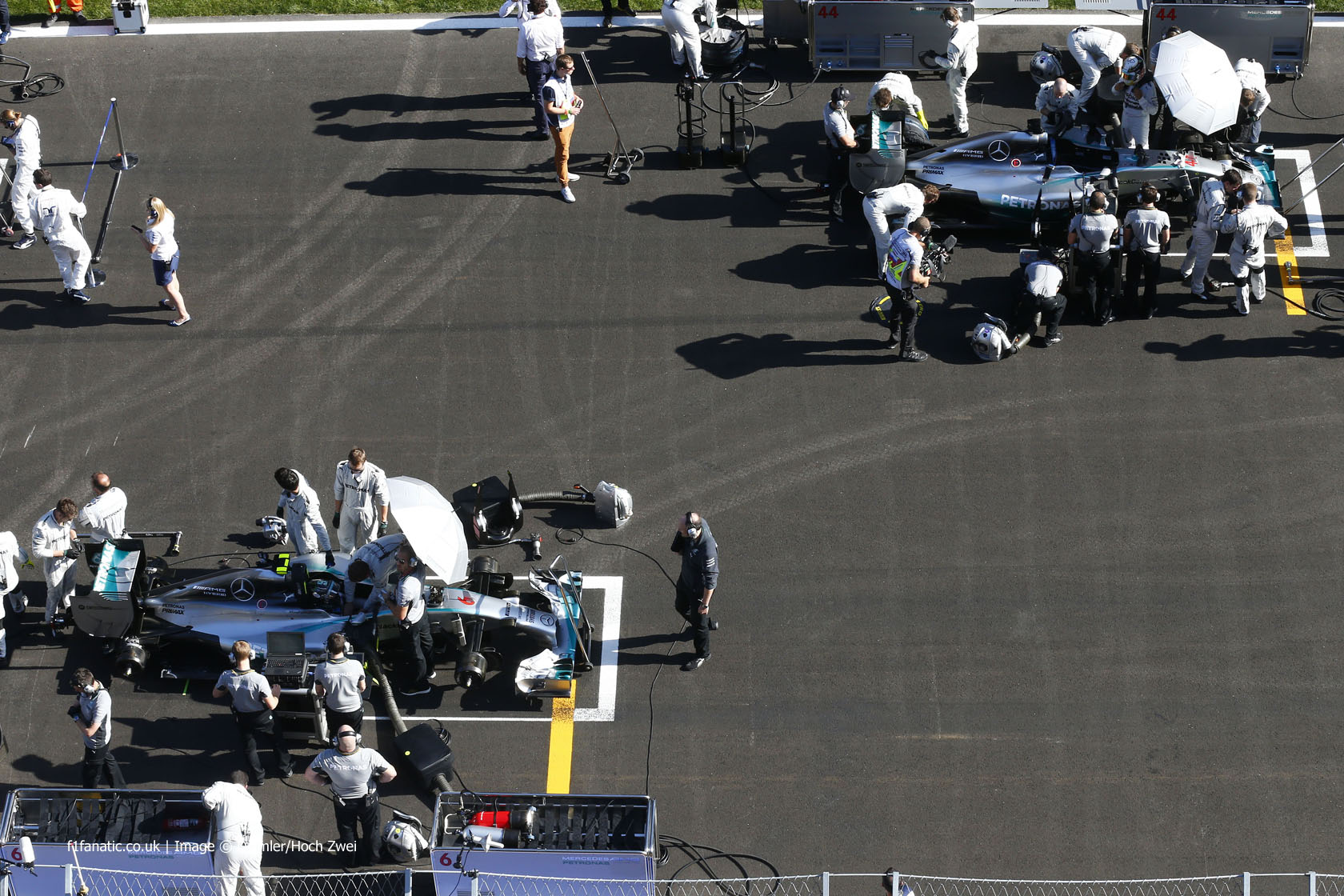 With both their drivers going up against each other in the final race to decide the world championship, the one thing Mercedes didn’t want was for one of their cars to break down.

“We want the championship to end in a straight and fair battle and not by one of them breaking down,” said Toto Wolff before Sunday’s race.

He didn’t get his wish – on lap 23 Nico Rosberg began to suffer a problem with his Energy Recovery System which eventually dropped him out of the points and ended his championship challenge.

The only saving grace was that his team mate Lewis Hamilton was already set to take the title and looked unthreatened from Rosberg behind. Rosberg even admitted afterwards his ERS problem was of no consequence “because Lewis won the race fair and square anyway”.

Both drivers lost potential race wins and other strong results earlier in the season due to technical glitches. Did either suffer more than the other – and was it enough to swing the outcome of the championship?

There is also the problem of distinguishing between what constitutes a reliability and what is a consequence of a set-up mistake, a driving error or a failure to maximise the best of the car. For example, Hamilton’s glazed brakes during Q3 in Spa have not been included in the above table, as this was not necessarily a case of faulty hardware or finger trouble by a mechanic. However the above table of significant problems experienced by the two drivers during all race sessions this year shows that, as you would expect, they were more or less shared equally between the two.

Hamilton and Rosberg each experienced five such problems during competitive sessions (qualifying and races). Of these Hamilton twice retired from the lead of the race (Australia and Canada), while Rosberg lost one likely win (Britain, although Hamilton was catching him).

Canada is an interesting case, as both drivers suffered near-identical ERS failures. Rosberg managed to nurse his car to the end of the race, coping with the additional strain on his brakes, but Hamilton retired after his discs overheated. This is another case of how it can be difficult to distinguish between what is a retirement due to simple misfortune, and where compromises made in car set-up and the performance of the team in managing it during the race can play a role.

Curiously, at different times in the year both drivers experienced problems which cost them exactly three places at the start: Hamilton in Italy, Rosberg in China. Rosberg only fell behind other cars and soon recovered the positions, but Hamilton’s setback was more serious as it allowed Rosberg through into the lead. Hamilton eventually caught and passed his team mate, however.

Hamilton was also put on the back foot by his two consecutive mid-season qualifying problems, which consigned him to starting from the rear of the field on both occasions.

Early in the season it seemed as though Hamilton would be considerably more adversely affected by unreliability than Rosberg. That turned out not to be the case. But in the final reckoning it’s highly unlikely Hamilton’s 67-point margin of victory (inflated by 25 due to double points) would have been eradicated had both drivers enjoyed perfect reliability.

However the sheer number of problems the pair experienced during the championship will surely be a priority Mercedes will want to address during the off-season.

95 comments on “Hamilton vs Rosberg: Did unreliability decide the title?”