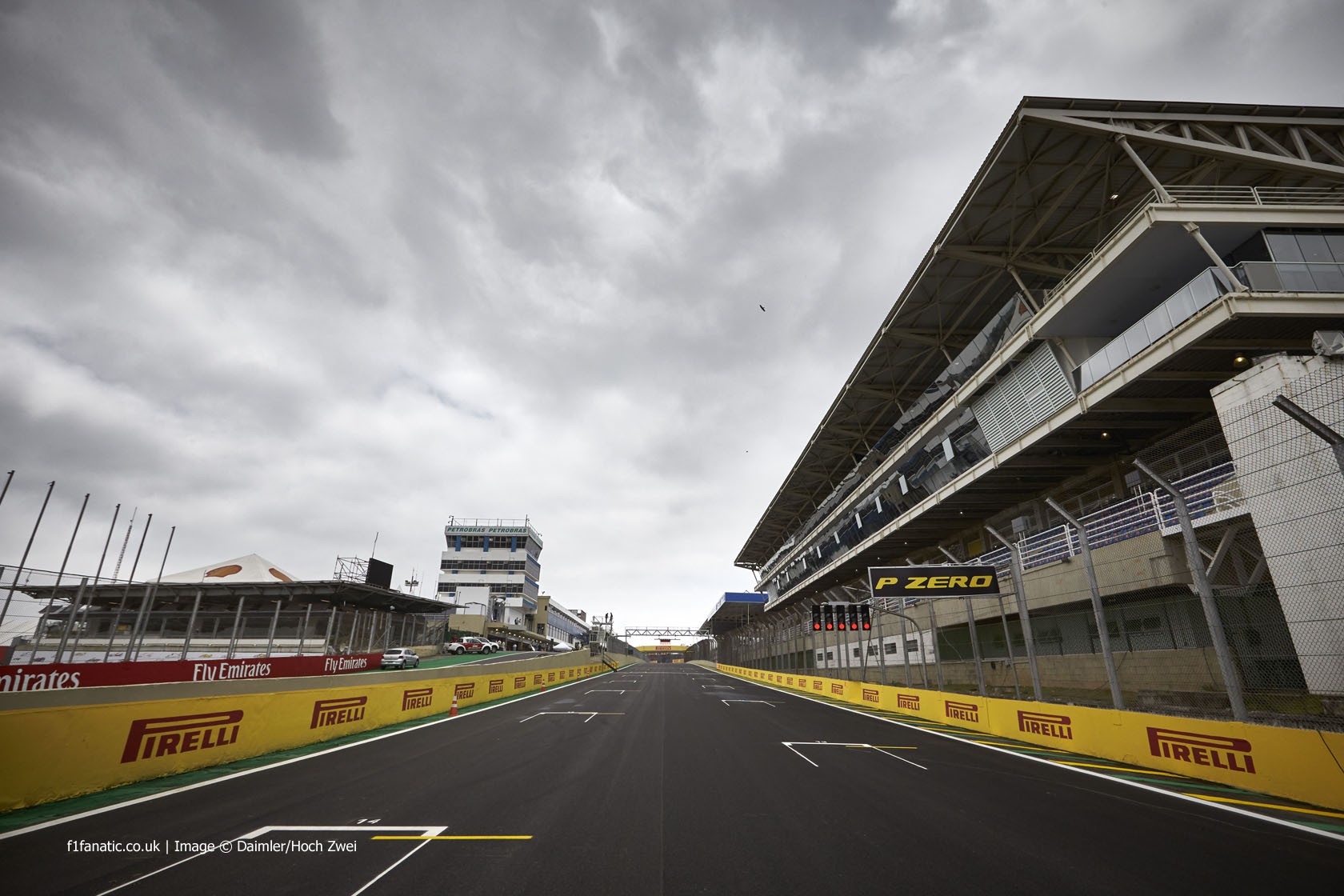 The Mercedes drivers were comfortably fastest as usual in first practice at Interlagos where drivers found the resurfaced track offered a lot of grip.

Nico Rosberg’s session-topping lap of 1’12.764 was just three-tenths of a second slower than the last pole position time set in dry weather at the track in 2012.

The Toro Rosso drivers put on a good showing during the session, though both Max Verstappen and Daniil Kvyat had lurid oversteering moments. Verstappen later reported his balance was much improved, and Kvyat ended the session as the only driver to get within a second of Rosberg, besides Hamilton.

Fernando Alonso set the fourth-quickest time but team mate Kimi Raikkonen was another driver to be caught out by the track, suffering two spins during the session.

Daniel Juncadella had a more significant problem, crashing at the Laranjinha corner, which caused the session to be stopped. The Force India test driver was unhurt, but the team are left with a significant repair job to get Sergio Perez’s car ready for second practice.

Two drivers failed to set times: Jenson Button’s car cut out completely when he returned to the pits after his installation lap. He was pushed back to the garage where his car was isolated as the team investigated an electrical problem.

Esteban Gutierrez also didn’t get a time on the board. The Sauber driver reported a problem with his car on his first run, then headed for the pits.

The session ended with a test of the new Virtual Safety Car system.

22 comments on “Mercedes on top as Toro Rosso show potential”