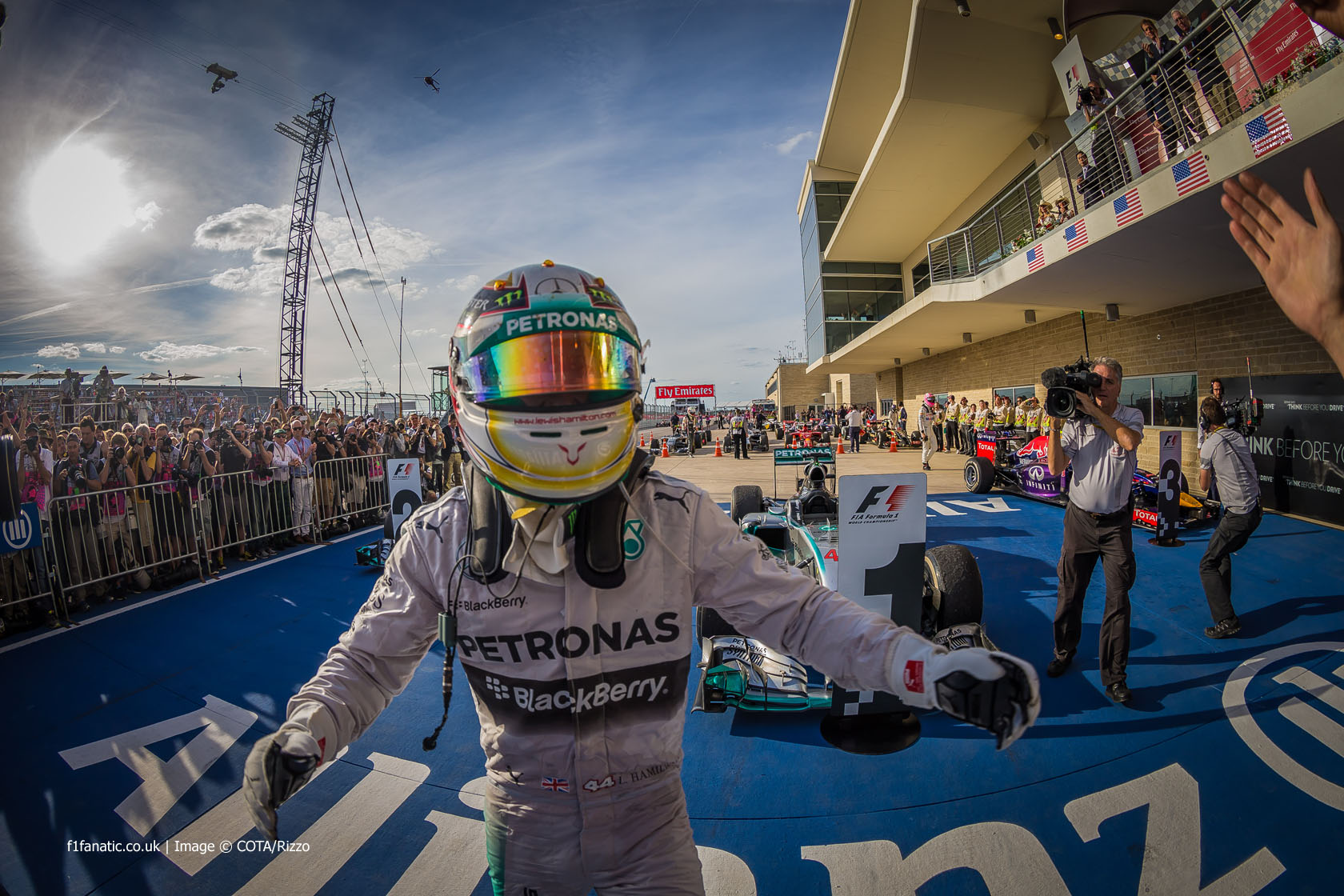 Ten of the best pictures which tell the story of the United States Grand Prix weekend. The shape of things to come? Lotus tested a new nose similar to the one it will use in 2015. Something else we’ll get used to seeing next year: Max Verstappen in a Toro Rosso. The identity of his team mate is yet to be confirmed. The run-off areas at the Circuit of the Americas have always been decorated with suitably patriotic stars to go along with the stripes. But on F1’s previous visits to the track Formula One Management ordered the stars be removed, claiming they were a distraction from the advertising signage FOM sells around the track. Happily they seem to have changed their mind about it this year and the stars were back. Adrian Sutil donned a new helmet for qualifying on Saturday which seemed to inspire him to Sauber’s best qualifying performance of the season. Sadly it was all for naught – he was taken out of the race on the first lap by Sergio Perez. With Marussia and Caterham having gone into administration following the last round, a depleted field of 18 cars took the start. Daniel Ricciardo surprised Fernando Alonso at the restart and passed him for fifth place. The moment that decided the race: Lewis Hamilton squeezed past team mate Nico Rosberg to take the lead on lap 24. Hamilton clinched the win, his tenth of the year, and increased his advantage in the championship to 24 points.

Fans, Circuit of the Americas F1 is still going strong in its third year at the Circuit of the Americas and attracted another healthy crowd.