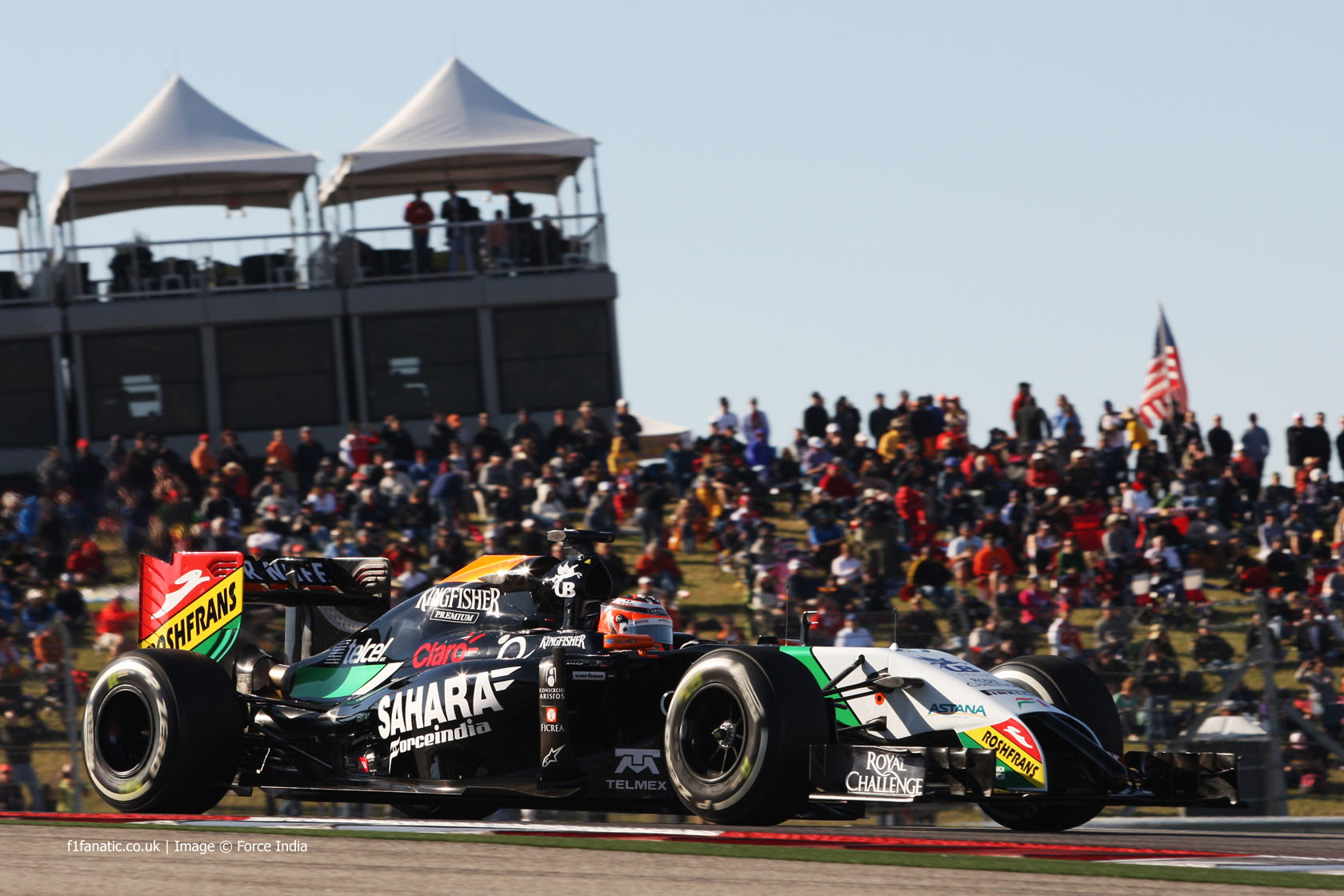 Nico Hulkenberg said he could have made it into the top ten in qualifying had it not been for an unusual problem on his last flying lap.

The Force India driver said a visor tear-off caught on his tyre as he approached the heavy braking zone into turn 12, costing him time in the corner.

“To begin with qualifying was going well and I really believed Q3 was possible,” said Hulkenberg. “On my final lap in Q2 I was on target for the top ten until something really unusual happened because a tear-off visor wrapped itself around my front tyre going into turn 12.”

“I’ve never experienced something like that in my career and when I turned into the corner I had no grip, I ran wide and lost a couple of tenths. It was my final Q2 lap so it was quite frustrating and unlucky.”

Hulkenberg qualified less than five-hundredths of a second behind team mate Sergio Perez and will start the race from 13th place.