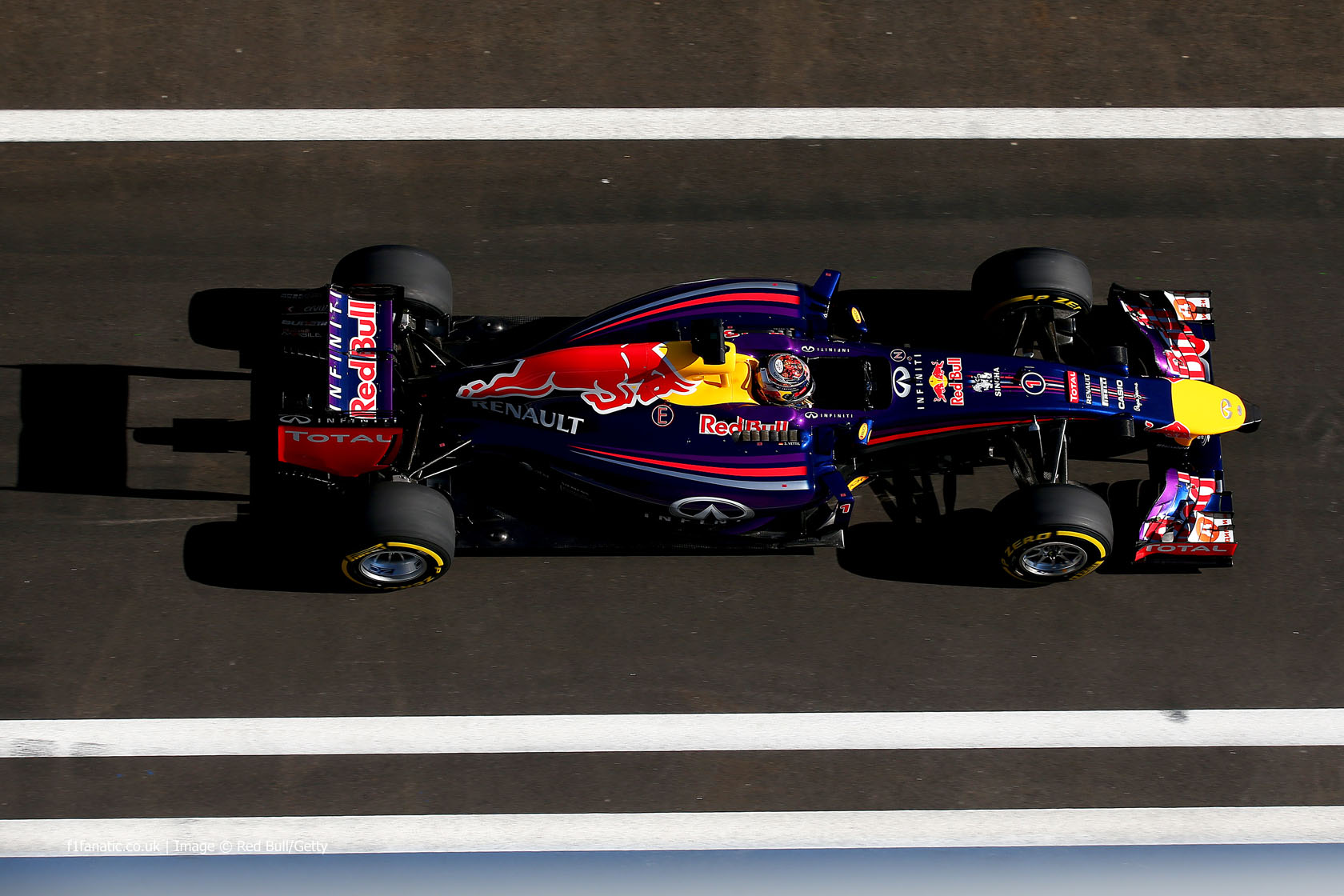 Sebastian Vettel will use his sixth different power unit at this weekend’s United States Grand Prix, the FIA has confirmed.

Consequently the stewards have announced Vettel will start Sunday’s race from the pits. He is the first driver to do so under new rules introduced this year.

Vettel is the fourth driver to use a sixth power unit component, joining Pastor Maldonado and the two Toro Rosso drivers, all of which also use Renault engines.

Nico Hulkenberg, Sergio Perez and Esteban Gutierrez will also become the last drivers to use a fifth internal combustion engine this weekend.

15 comments on “FIA confirms Vettel will start from pit lane”