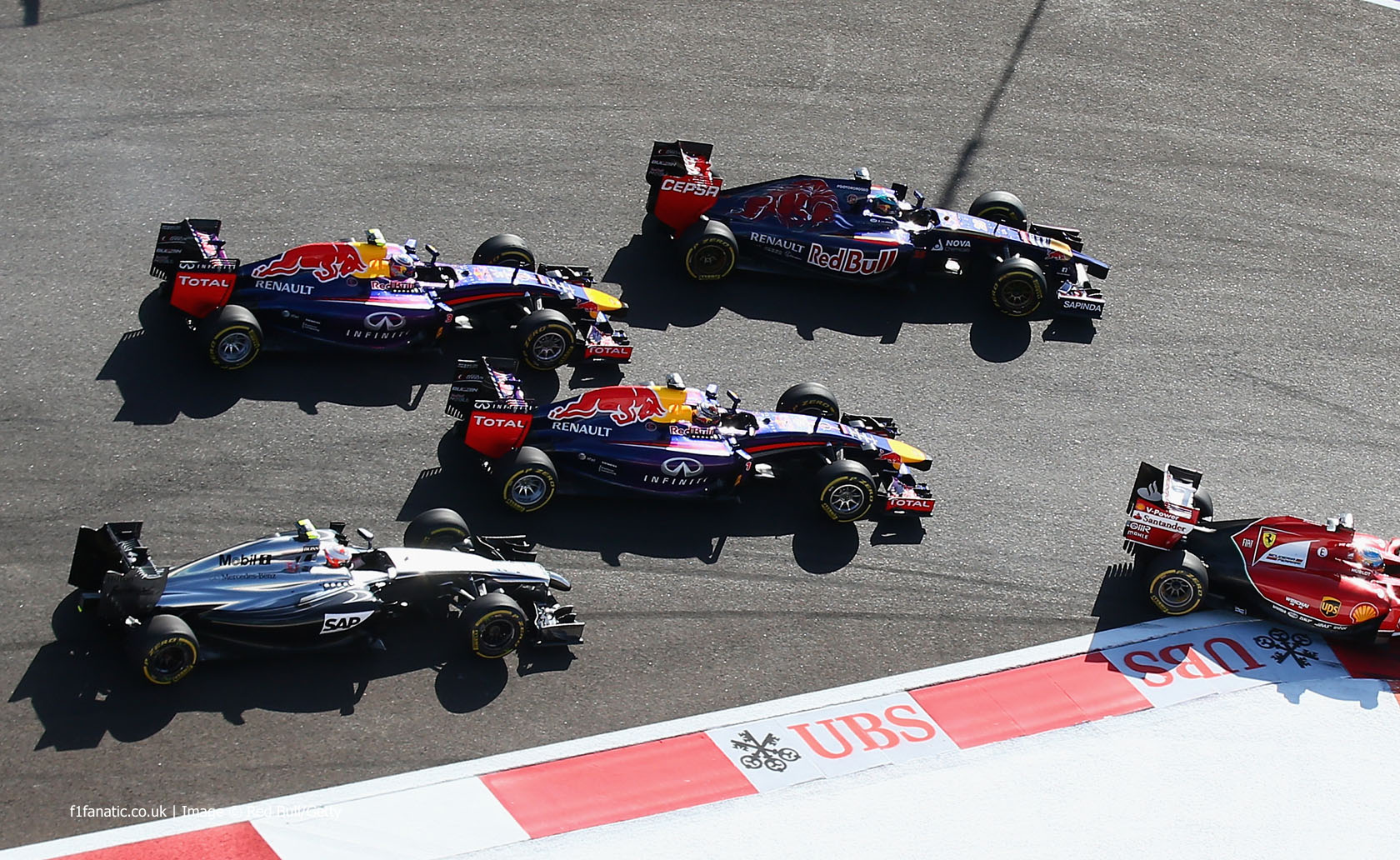 In the round-up: The FIA will not require teams to enter three cars before the end of the season even if the grid drops below 20 cars.

“With agreements believed to state the teams will get 60-days’ notice to run a third car, and clarification about the livery, driver qualification and points-scoring capability of an extra machine still needed, such a move has been ruled out for now.”

“[Americans for Democracy and Human Rights in Bahrain] also alleged the events ‘have given rise to new human rights abuses, because of the response of security forces to protests associated with the events’.”

Thanks Steph for the tip.

“Insiders at Audi and its parent, the Volkswagen Group, have revealed that Audi is set to abandon both Germany’s touring car championship (the DTM) and the iconic Le Mans 24 Hour race in favour of the world’s top open-wheel formula.”

“This was our second visit to their premises; payment had been promised on the first visit, but was not made, hence the return visit. On this second visit our enforcement agents took control of goods at the Leafield site and removed them to secure storage, with the intention of selling them at auction to satisfy the judgement debt, should payment not be forthcoming.”

“In 1964 Ferrari didn’t have a dedicated F1 programme as such – it fitted in with their prototype programme, wich was the first priority. We didn’t start the season well either – there had been debate about the engine we should use, and I think for political reasons the eight cylinder was agreed upon.”

“[Alessandro Nannini] drank a lot of coffee and smoked Marlboro cigarettes like a chimney, but we were sponsored by Camel so the girls had to put his Marlboros in Camel packets.”

Caterham administrator confirms gates locked for a 2nd day at Leafield. Has made it clear Colin Kolles, not @tonyfernandes, is running team

The 20 #F1 wheels will have Pirelli tyres removed (owned by Pirelli) before being sold by Administrators #CaterhamF1 pic.twitter.com/R4ExuzRF9H

It's ever so good of Bernie to allow a team with NO owners and NO cash to miss the next race. What choice did he have? Pay for them himself?

@easonF1 Actually they're allowed to miss 3 so I'm not sure it's cuddly saying they can miss 2… From the float docs pic.twitter.com/lsLzAzXYXi

This is the man who used to play a Champions Cup semifinal and now is a cleaner turned director in F1. #Cojocar pic.twitter.com/JeiVxa4Chm

So F1 is being dragged in the mud by a guy who passed through using us a stepping stone and achieving nothing, and some faceless 'investors'

Why losing teams – even the small ones – is bad for #F1. From the last time a team dropped out: http://t.co/4ELCCmjTfs

@JackySteeg is pessimistic about Caterham’s chances of finding a buyer.

If this is the end then it’s a real shame.

Consider that when Caterham first lodged its Formula One entry in 2009, Formula One was set for massive cost-cutting actions. Fernandes had every reason to think that he had the finances to run a reasonably competitive team.

And now, as Formula One delegates more powers to the wealthiest teams, whose chief concern is moulding the rules for their own benefit you’d have to wonder who in their right mind would want to throw tens of millions at keeping Caterham trundling around at the back of the grid.
@JackySteeg

Today in 1994 McLaren confirmed they would cut short their Peugeot engine supply deal at the end of the season. On the same day Jan Magnussen had his first test for the team.

On this day 50 years ago John Surtees won the drivers’ championship title following a three-way showdown in Mexico between him, Graham Hill and Jim Clark.

Second in the race was enough for Surtees to take the title after his team mate Lorenzo Bandini tangled with Hill, and Clark retired on the final lap.

The collision between Bandini (number eight) and Hill (three) can be seen in this brief video clip from the race: