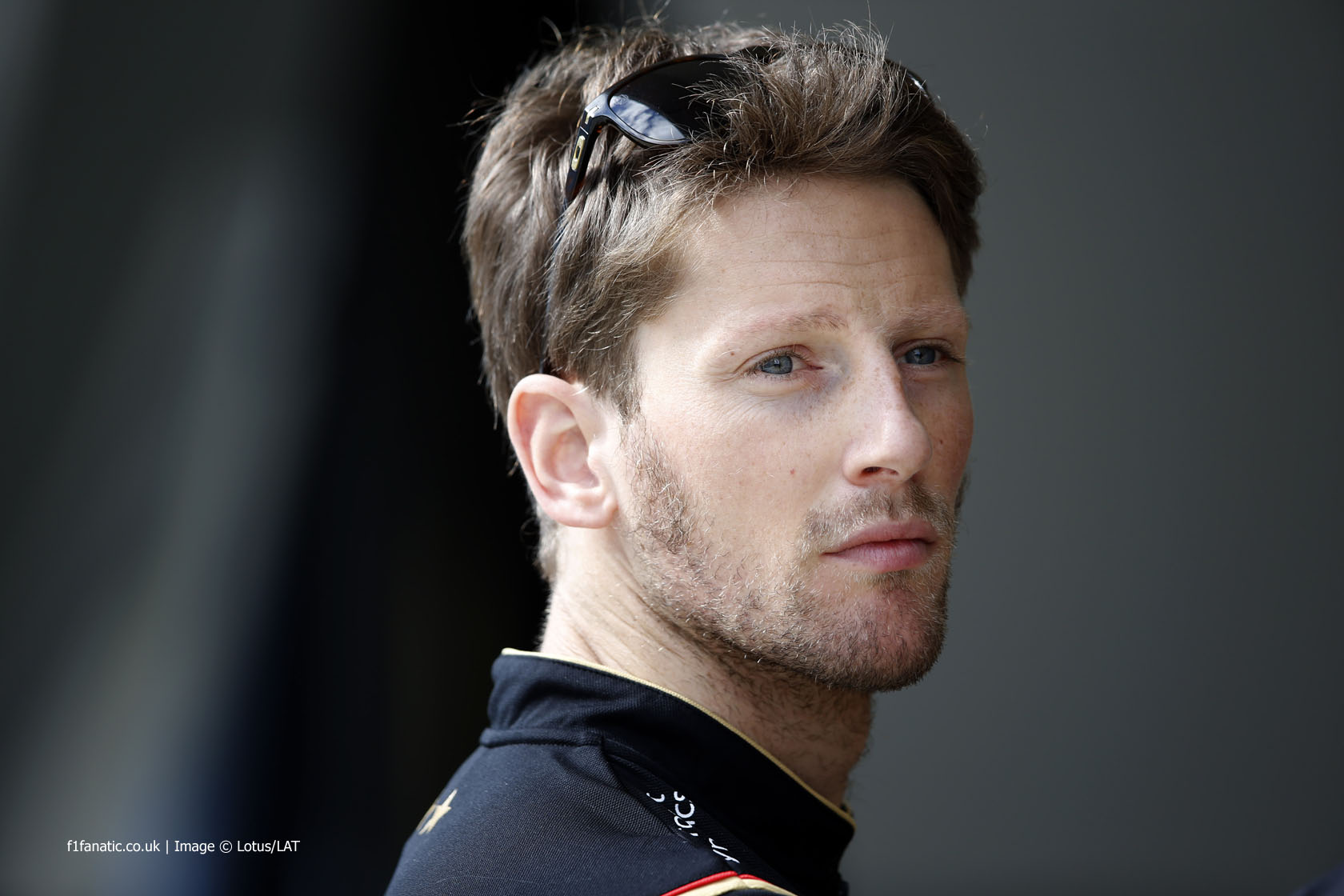 Romain Grosjean remains Lotus’s favoured candidate for the second seat at the team next year despite Esteban Ocon’s impressive test performance this week.

With Pastor Maldonado already confirmed at the team for next season, Lotus have one place to fill in their driver line-up.

“Romain is in pole position for that place,” said deputy team principal Federico Gastaldi, “honestly it’s a case of us finalising a few details”.

“We expect to have an announcement very shortly,” he added.

Grosjean, who strongly criticisd the team’s Renault engines in Singapore, says he is eager to try to the Mercedes power units they will use in 2015.

“This is something we’ve known about internally for quite some time and I know the engineering department are very excited,” he said. “For myself I can’t wait to get to testing next season as that’s when we’ll know if next year’s car is any good.”

Gastaldi indicated the team intend to continue promoting Ocon’s progress towards F1. “We have a rich heritage of giving young talent a chance at Enstone, like Michael Schumacher, Fernando Alonso and Romain,” he said.

Gastaldi added Ocon’s European F3 championship triumph was more impressive “when you consider the calibre of his opposition in Max Verstappen“.

“We recognised Esteban’s feat by ensuring he got his first taste of an F1 car at Valencia this week, where he impressed everyone with his application and attitude,” he added. “We are looking forward to working with him as he climbs his way up to the top.”