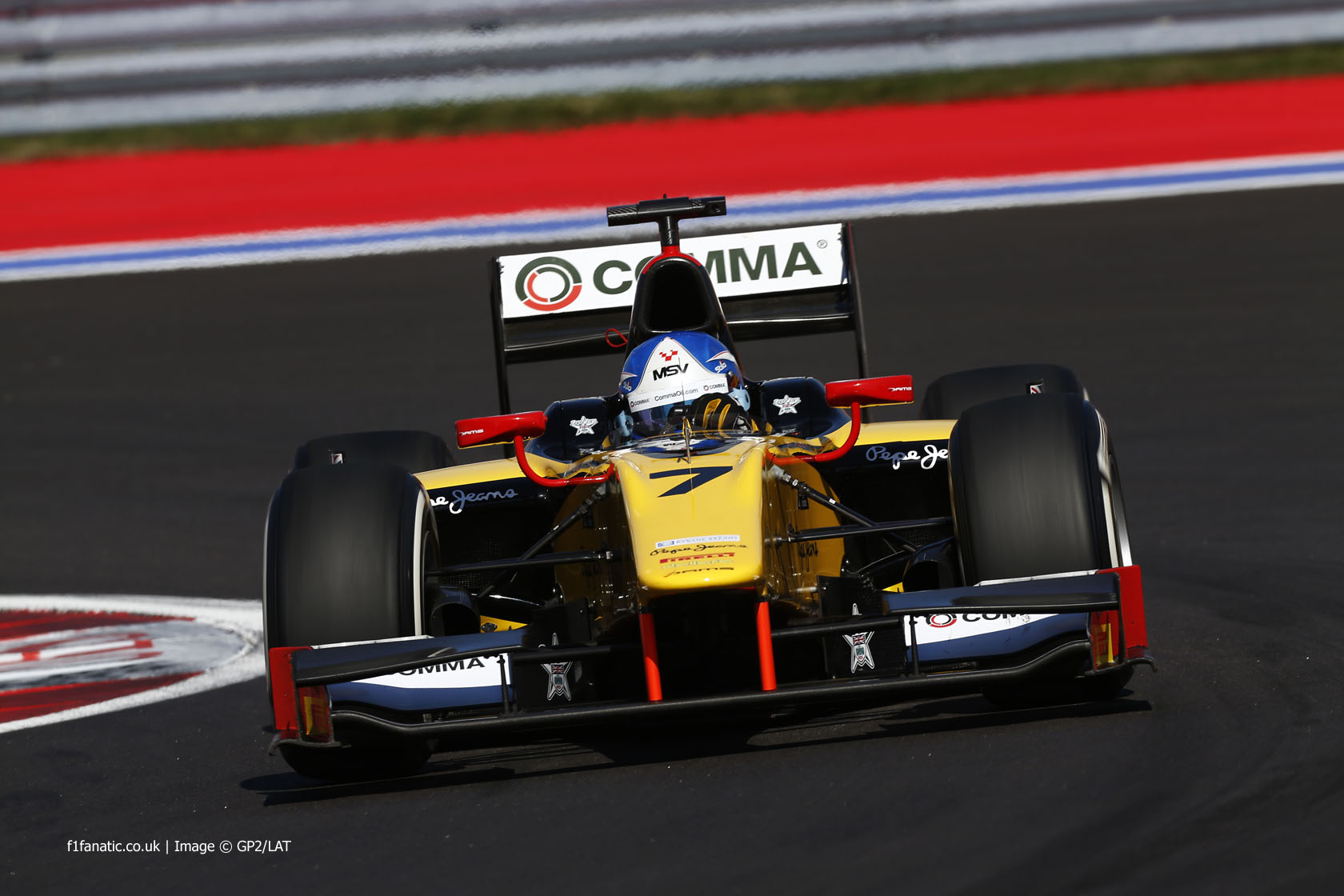 Jolyon Palmer has won the GP2 championship following his victory in today’s race at Sochi Autodrom.

Palmer hit the front in the race after pole sitter Stoffel Vandoorne lost his lead when he was unable to make it into the pits when the Safety Car was deployed.

His fourth win of the season means he can no longer be caught in the championship by Felipe Nasr, the Williams reserve driver who was his closest rival for the title when the weekend began. Nasr finished today’s race in 18th after being given a drive-through penalty for gaining a position while cutting turn two on the first lap.

The son of former Formula One driver Jonathan Palmer, Jolyon began racing in GP2 in 2011. He is the third driver in the last four years to win the championship with DAMS, following Romain Grosjean and Davide Valsecchi.

39 comments on “Palmer clinches GP2 title with victory in Russia”