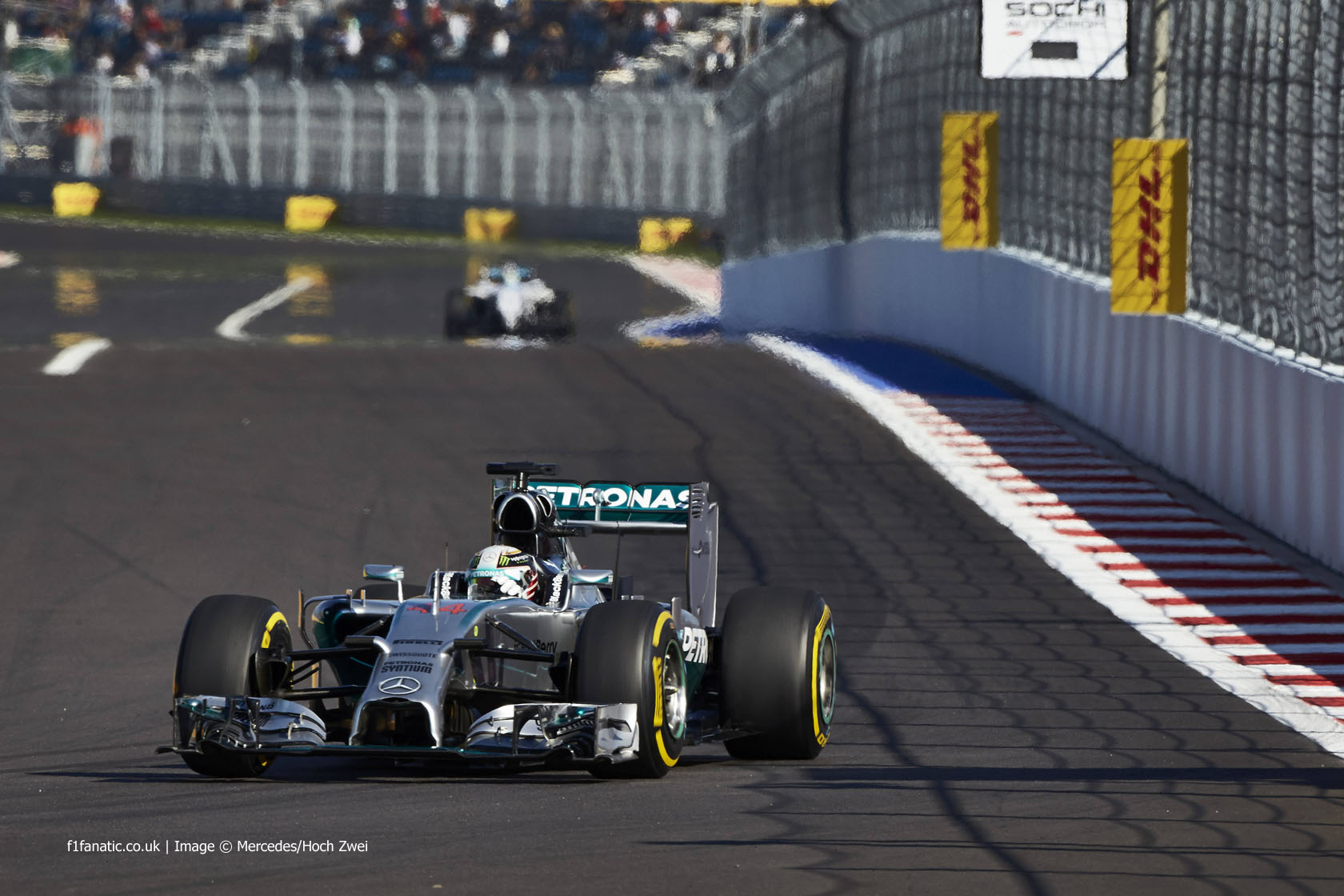 Lewis Hamilton headed the times in final practice at Sochi Autodrom despite spinning off towards the end of the session.

The Mercedes driver lost control of his car under braking for the penultimate corner and spun off. The W05 didn’t hit anything, and Hamilton was able to drive back into the pits.

Nico Rosberg closed within three tenths of a second of his team mate’s time with his final flying lap of the session, which moved him narrowly ahead of the Williams of Valtteri Bottas.

Daniel Ricciardo was fourth-fastest ahead of the second Williams of Felipe Massa. Sebastian Vettel was only tenth in the other Red Bull after running wide several times in the session, including at turn two, where new kerbs had been added overnight.

McLaren endured a difficult session. Kevin Magnussen came to a stop on his fourth lap after a lurid moment at turn three. That brought the red flags out so his car could be recovered from turn five.

The team later told Jenson Button they had identified the cause of Magnussen’s stoppage, but he was having problems of his own, describing the MP4-29’s balance as “awful” on the radio.

Pastor Maldonado was unable to set a time after a failure on his car’s ERS, which left him having to carefully climb from his car to avoid getting an electric shock.

12 comments on “Hamilton spins off after setting fastest time”