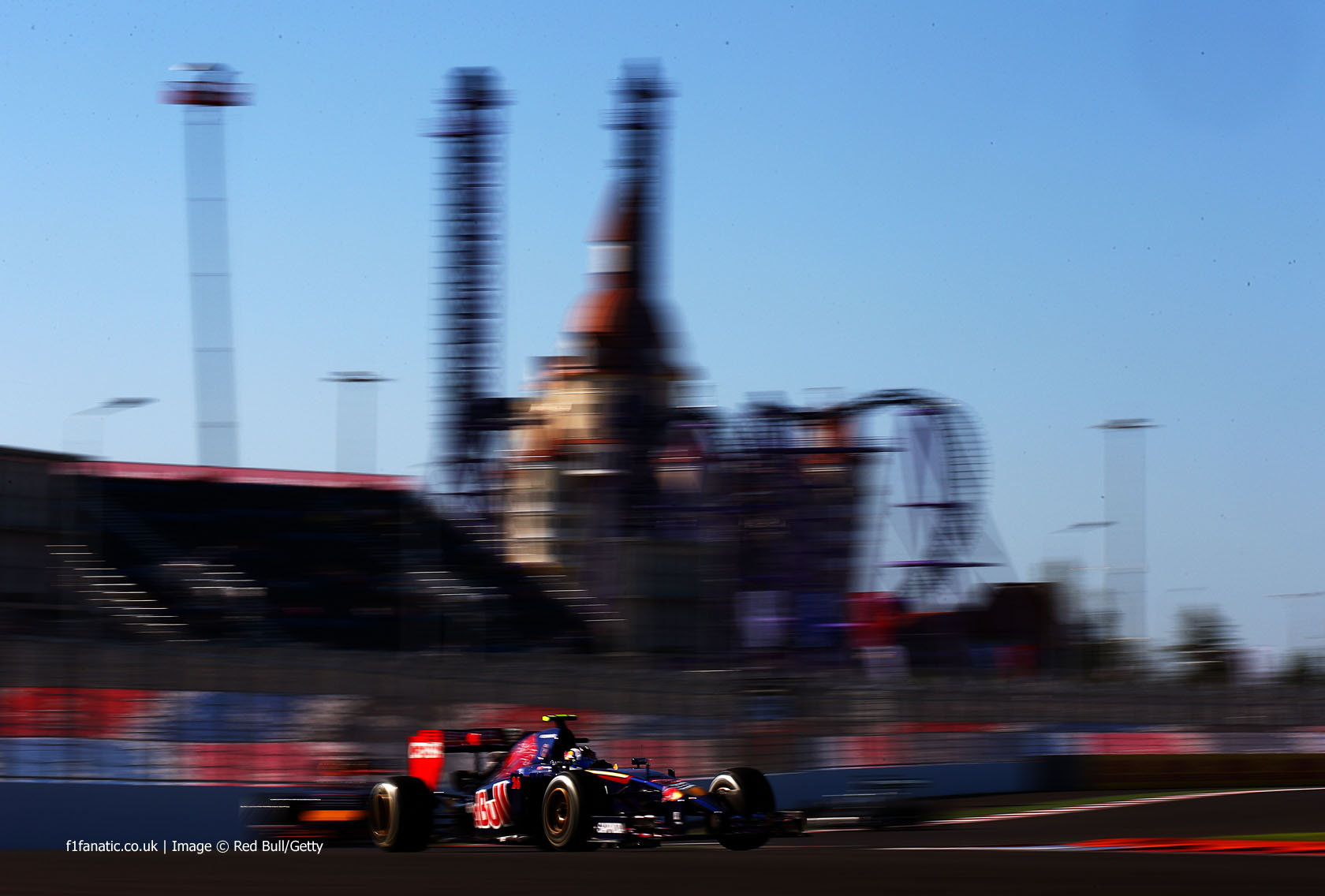 Low tyre wear and high fuel consumption is expected to give the Russian Grand Prix a different feel to recent races.

On the first day of running at Sochi Autodrom teams found the stop-start nature of the track may make it more challenging to complete the 53-lap, 310-kilometre race distance without depleting their 100kg fuel allowance.

“It appears to be quite demanding in terms of fuel,” said Sergio Perez, “which will have implications for the strategy”.

Another dimension to this problem is the quality of the track surface. New tracks are often low on grip, but drivers found they could push harder than expected. Accelerating sooner and braking later means more fuel is used.

Kevin Magnussen said the track “has quite a lot of grip – the surface is pretty good.”

“It appears to suit the Pirelli tyres,” he added, “so that makes it quite enjoyable to drive.”

“Also, the [soft tyres] seem to last pretty well, so we might see not a lot of pit-stops in the race.” Pirelli are expecting drivers to make two pit stops but some may find they are able to get away with just one. Force India, who have often pursued alternative strategies this year did the bulk of their Friday running on the medium while others preferred the sort.

Pirelli motorsport director Paul Hembery noted that the surface will change quickly as more rubber goes down. “We’re facing a high degree of track evolution, which is normal for a new circuit,” he said, “and this may yet alter the overall picture of tyre behaviour”.

Although Fernando Alonso took advantage of the ever-improving track conditions to set the third-fastest time in his Ferrari, the McLaren drivers were usually their closest rivals on Friday. However this track seems likely to suit their fellow Mercedes users Williams even more on race day, as their car has proved particularly economical with its fuel.

Mercedes, however, are clearly the team to beat as usual. The two title rivals in the W05s have been neck-and-neck for most of the season, so it was a surprise to see the gap between the pair grow to almost a full second. Nico Rosberg ascribed this to a radical car set-up which did not pay off.

“The team decided to go two different ways in terms of set-up,” he said. “I took a very creative set-up for my car in the second practice session, which didn’t work out.”

“So we will go back to the conservative way for tomorrow, because we saw that Lewis [Hamilton] was very quick with that.”