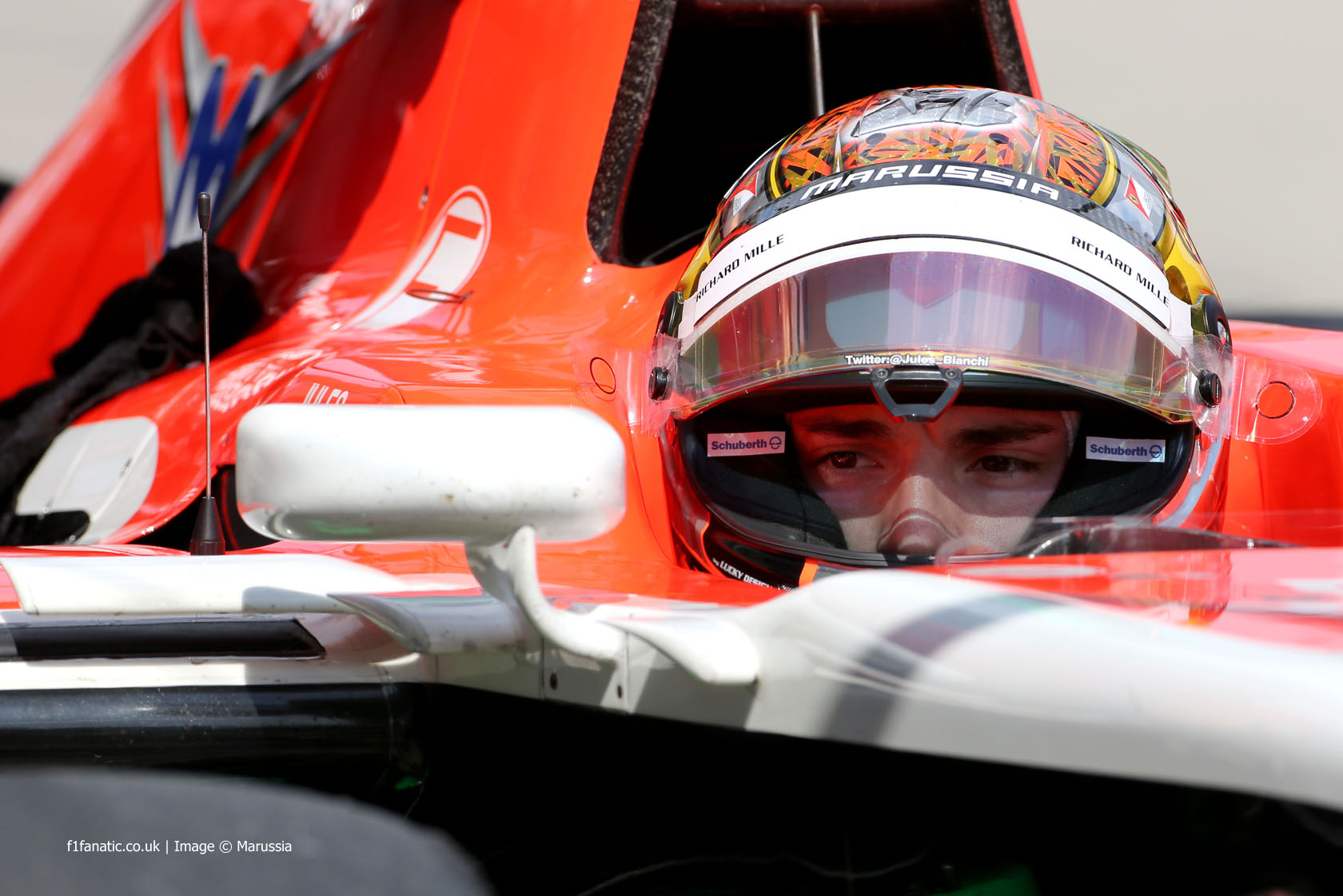 Marussia will not replace the injured Jules Bianchi for this weekend’s Russian Grand Prix, the team have confirmed.

The team will run a single car entry for Max Chilton this weekend out of respect for Bianchi following the crash he suffered in Japan.

“I don’t know how to put into words how truly devastated I am by what has happened to Jules,” said Chilton, who has been Bianchi’s team mate since their F1 careers began last year.

“The support from the F1 family has been incredible and all we can do is be there to support Jules’ family at this difficult time.

“It is going to be a very emotional weekend for the whole team, but we will try to get through it and keep praying for Jules.”

The team had nominated Alexander Rossi to take Bianchi’s place had they decided to run both cars. The stewards confirmed permission had been granted for the car to be withdrawn.

Marussia issued the following statement before practice began in Sochi:

The Marussia F1 Team will run a single car for the duration of the forthcoming grand prix weekend in Sochi, out of respect for their driver Jules Bianchi, who remains in hospital in Yokkaichi, Japan, in a critical but stable condition.

The Team have written to the Stewards of the Meeting to inform them that they have withdrawn their second car. Notwithstanding the presence in Sochi of Alexander Rossi, the nominated official reserve driver for the 2014 Russian Grand Prix, the team feels strongly that fielding a single car, that of driver number four, Max Chilton, is the appropriate course of action under the difficult circumstances of the weekend.

Jules’ car crew have built a second car, which has been scrutineered and is ready to race, and this will remain on his side of the garage throughout the weekend. In support of Jules and his family, the team and their cars will carry the familiar #JB17 graphic, to ensure that although Jules is not with them in Sochi this weekend, he is, nonetheless, racing on with the Marussia F1 team.