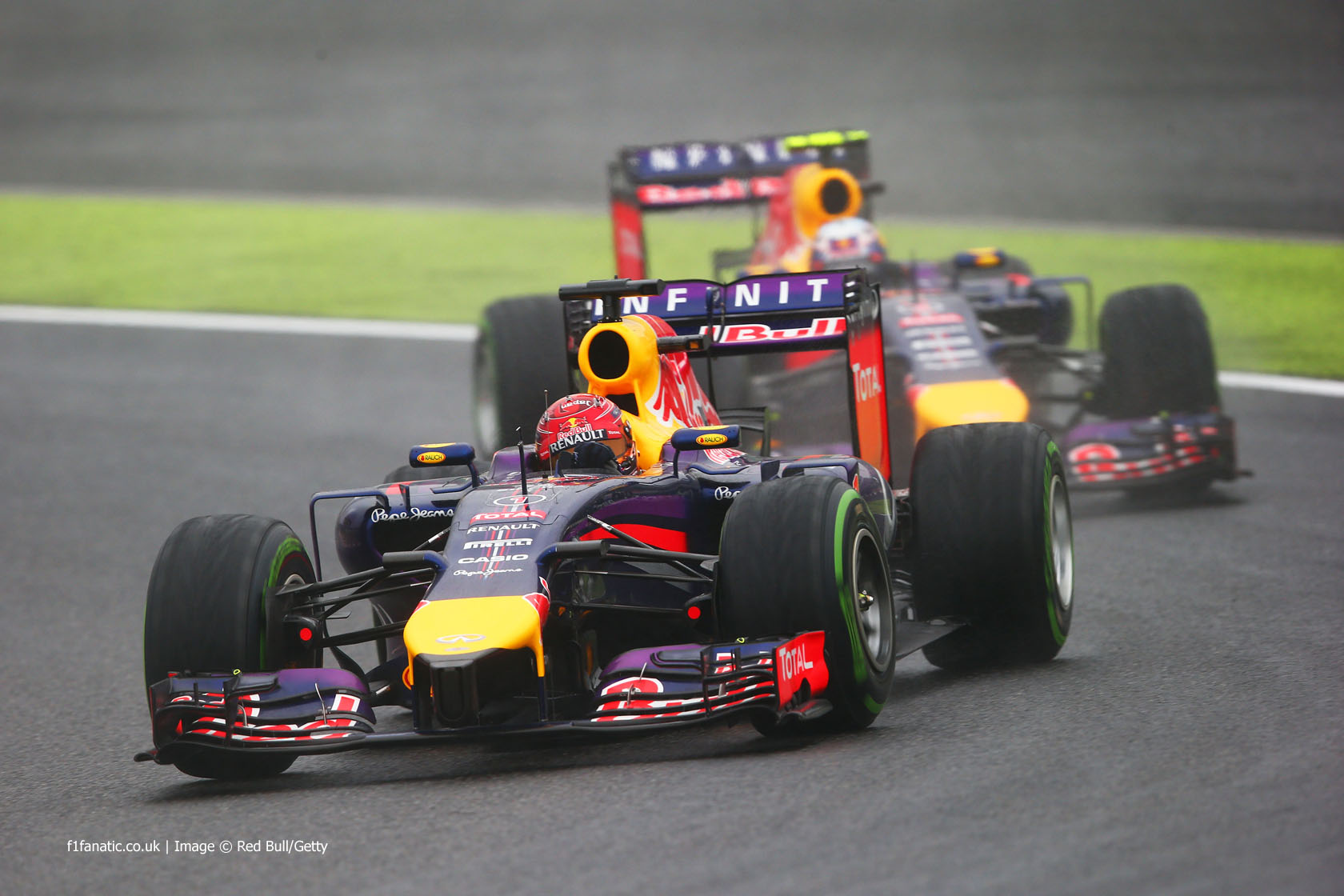 [interactivecharts]Red Bull team principal Christian Horner said on Saturday the team had prepared their car in the expectation that it would be wet on Sunday.

So it proved, and their set-up tweaks allowed Sebastian Vettel and Daniel Ricciardo to pass the Williams drivers and even close on the two Mercedes cars – which have usually been untouchable this year.

By the time the lead Red Bull of Vettel had passed Valtteri Bottas on lap 18, he was 32 seconds behind race leader Nico Rosberg. However Lewis Hamilton was clearly being held up by his team mate, and Vettel took eight seconds out of them over the next ten laps.

Had Vettel been able to sustain that rate of progress over the rest of the race, he still would have fallen short by a few seconds. As it was an off-track excursion on lap 38 cost him almost six, and after that he never even looked like catching Rosberg.

All of which proved academic as the race never ran its course. But Red Bull showed Mercedes they have threatening wet weather pace – even if their compromised qualifying positions meant they never got to fully exploit it.