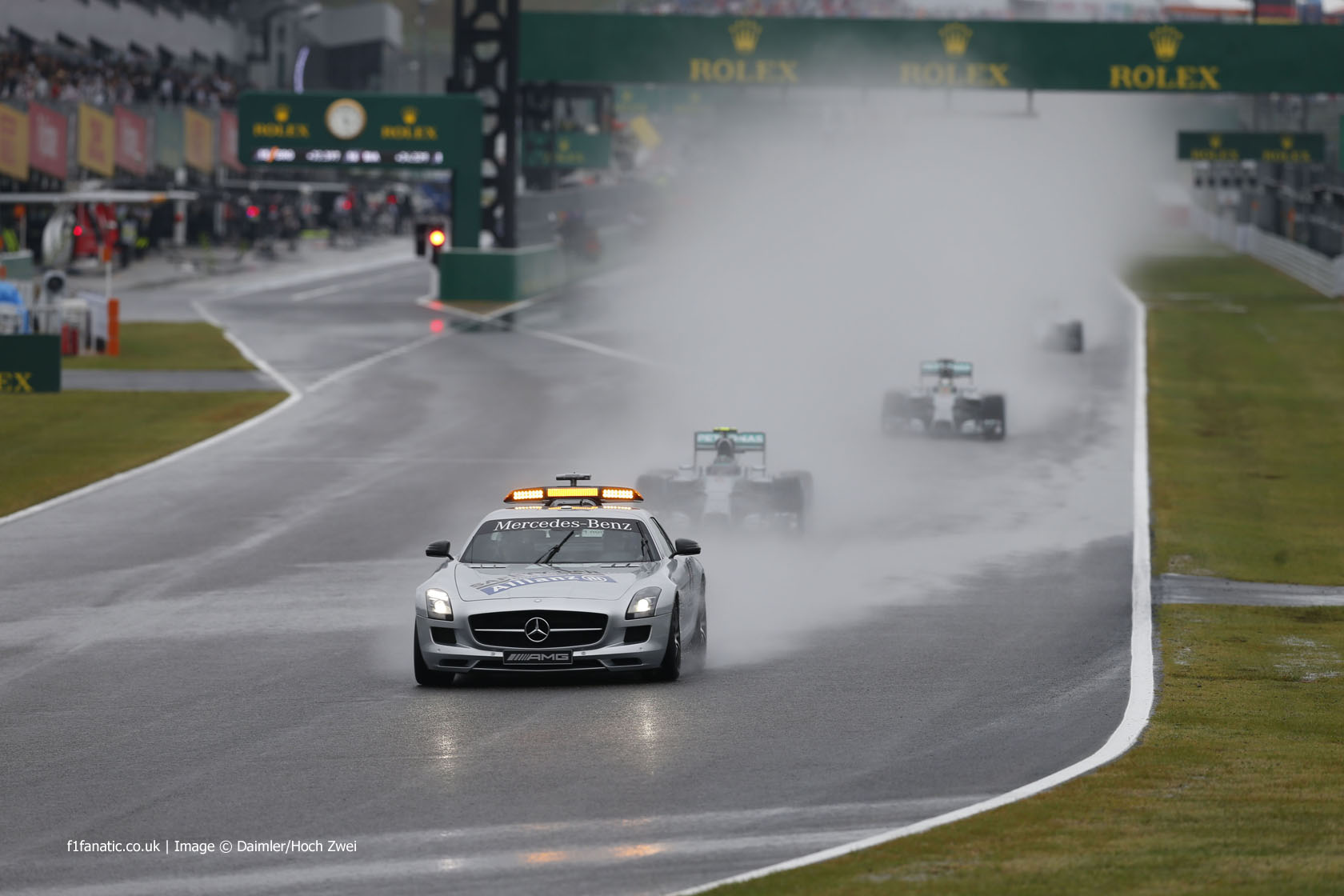 Race results declared on lap 44 of a scheduled 53 after race red-flagged on lap 46.