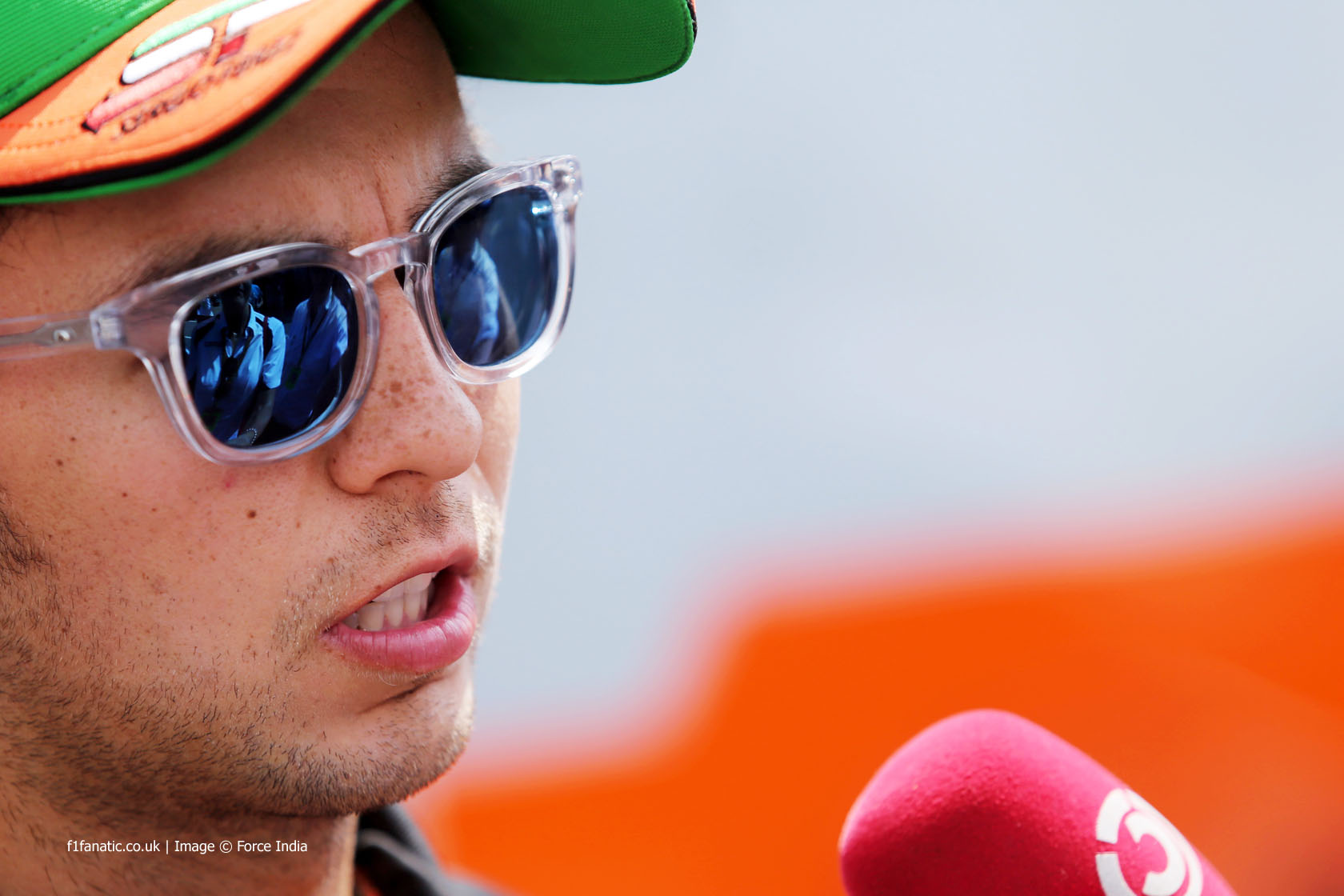 Sergio Perez believes he is close to securing a detail to retain his place at Force India next season.

Perez joined the team this year after spending a single season at McLaren.

“I think we should be very close to commit for next year with the team,” he said in today’s press conference in Singapore.

Force India are in a close battle with McLaren for fifth place in the constructors’ championship but Perez says he is “optimistic” they can challenge his former team this weekend.

“We have a good upgrade package and I believe we can be competitive,” he said.

“Definitely our target is definitely the McLarens which we are fighting really close and hopefully we can score more points than them this weekend with both cars. The upgrade package will give us some boosts.”