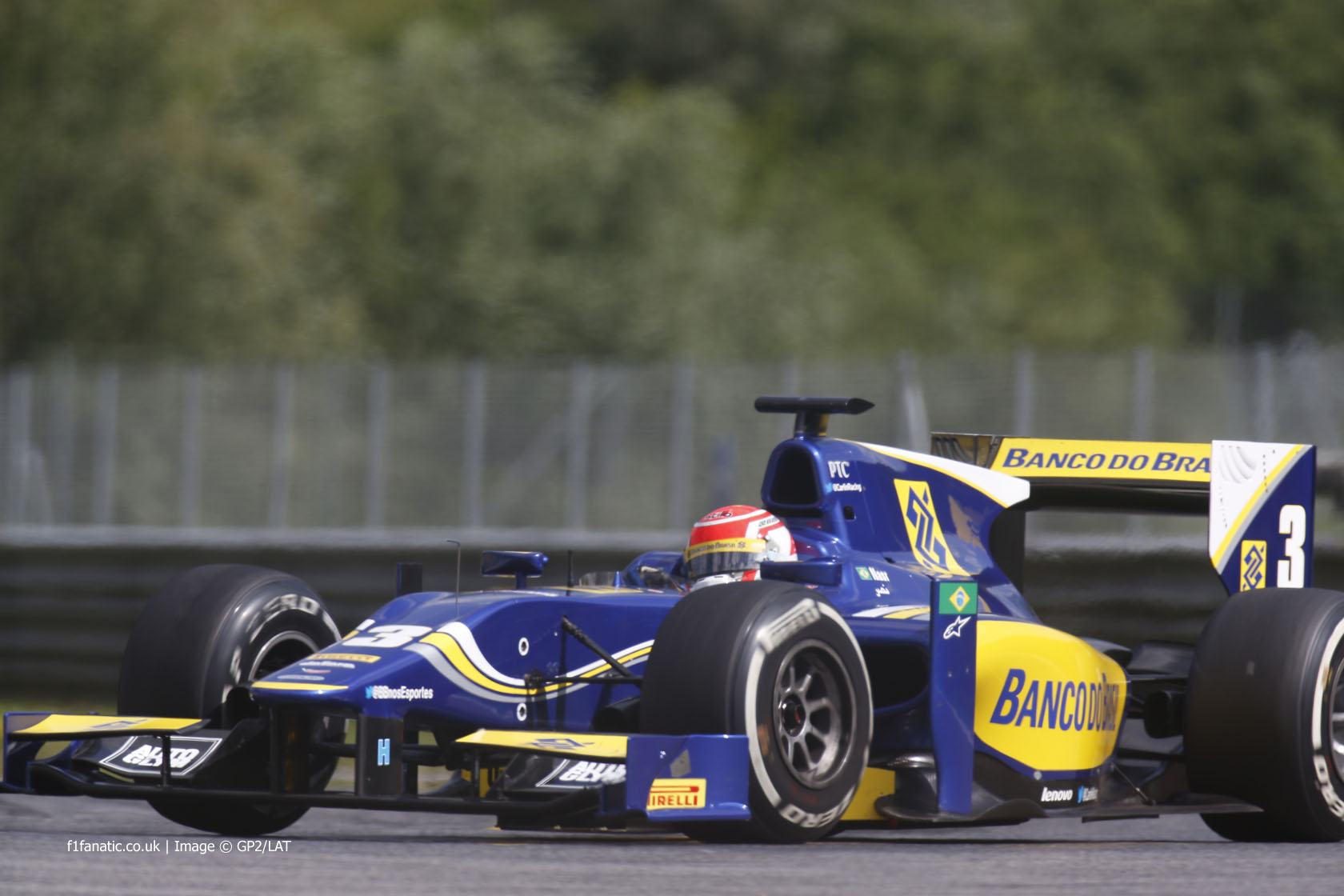 GP2 will emulate Formula One by adding a Drag Reduction System to its cars from next season.

F1 has used DRS since 2011. The adjustable wing system has already found its way into other championships such as Formula Renault 3.5 and the DTM.

However while Formula Renault 3.5 uses DRS as a ‘push-to-pass’ system, GP2 will use the same proximity-based system found on F1 cars, where drivers can only use it when they are within one second of a rival.

GP2 CEO Bruno Michel said the device was being introduced to ensure GP2 remains relevant as a route to Formula One. “It is imperative that the device we introduce is exactly the same DRS as the one used in Formula One,” he said.

“We decided to add it to our cars in order to prepare the drivers for the next step. As such, it will not be a push-to-pass button or a way to be quicker on a lap. Our DRS will be the exact copy of the one used in F1, with the same DRS zones since we’re racing on the same tracks.

“The drivers will be able to activate it within one second of the car in front at the DRS detection point, with the same level of safety, and with the same suppliers. It will have a hydraulic activation to ensure there’s a very fast movement of the flap with a capacity to open at high speed.”

DRS will be added to the current generation of GP2 cars, which was introduced in 2011, and will remain in use until 2016.

Michael added some teams had told them drivers wished to see DRS added to the cars. “We evaluated the feasibility of it, and we could have introduced it last year, but we decided not to for economic reasons.”

“We took the time to investigate ways to introduce it for a minimal cost, as our goal remains to keep on supporting our teams. The cost-cutting plan put in place this year will continue for next season in order to make sure that the introduction of DRS will not affect the teams.”