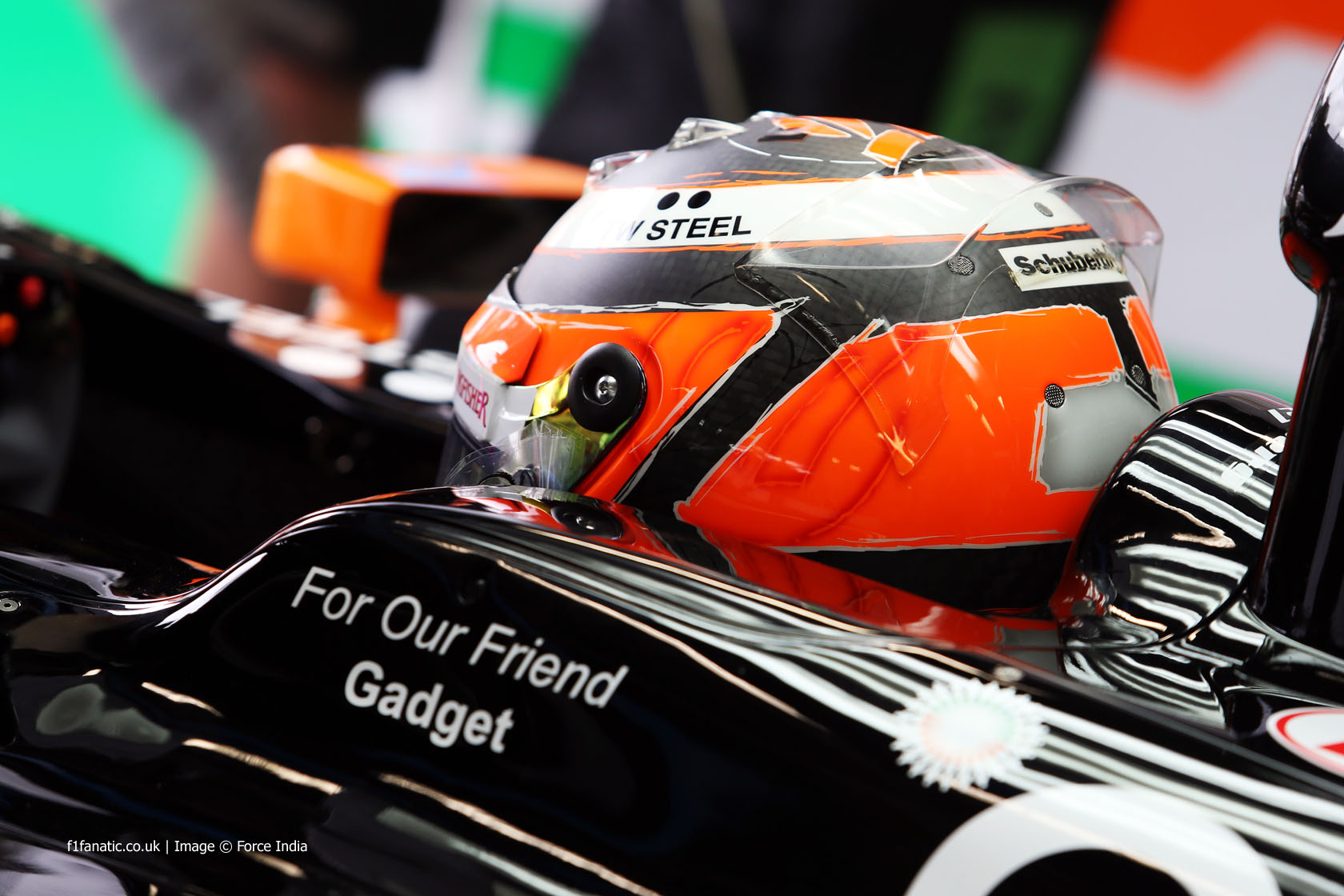 As well as three new sponsors, two teams were paying special tributes on their cars at the Italian Grand Prix. Bostjan Budna casts an eye over the livery changes at Monza. On Saturday morning in Monza, McLaren launched a partnership with Segafredo Zanetti coffee brand of Massimo Zanetti Beverage Group. The brand first appeared in Formula One with Toleman in 1984, and sponsored Ayrton Senna again ten years later at Williams. Between that, in the mid-eighties, it sponsored McLaren.

The Segafredo Zanetti logo will appear on MP4-29’s rear wing endplates as well as drivers’ overalls for the rest of the season, on three occasions as local brand Boncafe. Lotus found a new sponsor in Hisense, a multi-national electronics company from China, which appeared on their sidepods where several different names have appeared already this season. The logo will reappear in the same position at the United States Grand Prix, and on the car’s air box in Abu Dhabi. To celebrate the tenth anniversary their partnership with Sauber, Certina launched a limited edition watch which appeared on the C33’s sidepods during the weekend. Force India paid tribute to Gary North, who had recently lost his life, with two messages on the car – ‘You will be greatly missed’ appeared on the inside of the rear wing endplates. ‘Gadget’ had been with the team since 1995, when it was Jordan. The team said he was “enthusiastic about our sport and always contributed to the team’s success. He had the respect of everyone”. As in Canada, Ferrari carried a logo on the side of their cars in celebration of the 200th anniversary of the Carabinieri – Italy’s national military police. Below the logo was the Carabinieri’s motto, Nei Secoli Fedele (Faithful Throughout the Centuries). Ferrari stated both them and the Carabinieri share “the values of respect for their tradition and history and the fact they are both symbols of Italy around the world.”