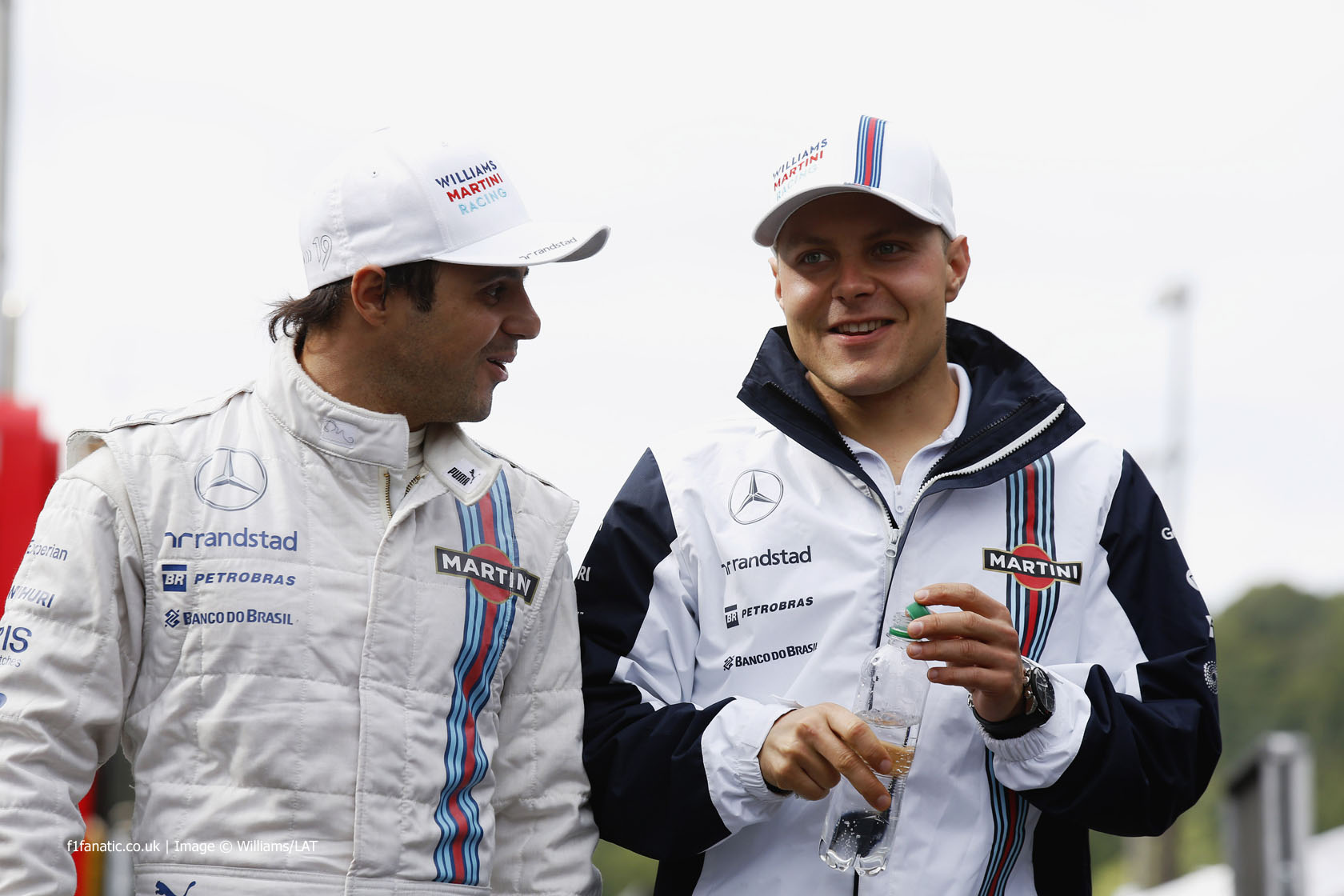 Williams will retain its existing driver line-up of Felipe Massa and Valtteri Bottas for the 2015 season, the team has confirmed.

Williams had previously described both drivers as being on “multi-year” contracts which extended beyond the current season.

Massa will remain at Williams for a second season while Bottas, who joined them in 2011 as a junior driver, enters his third season of racing.

Team owner Frank Williams said he was pleased with the progress of both his drivers. “Felipe is a pleasure to work with and combines raw pace with a wealth of experience,” he said. “We have known for many years that Valtteri is a very special talent and in the FW36 we have given him a car that is allowing him to demonstrate his skills.”

“The team is having a much improved 2014 season and the skill of our drivers and their feedback to our engineers has proved crucial in this. This announcement gives us excellent stability for 2015, but of course we are very much focusing our attention on maximising the full potential of the FW36 in the remaining seven races of this season.”