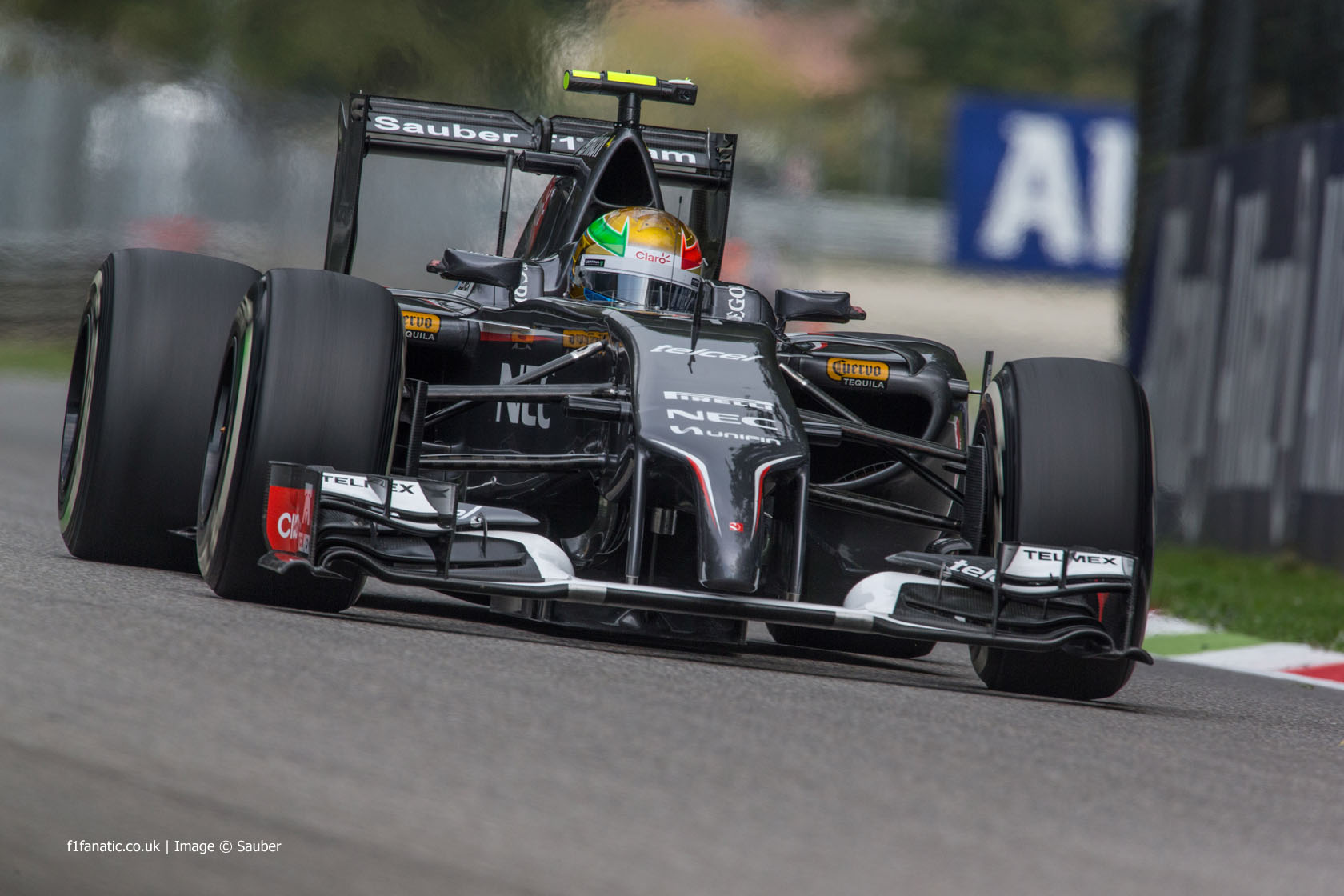 Esteban Gutierrez has been given a post-race penalty after colliding with Romain Grosjean during the Italian Grand Prix.

Gutierrez clipped the Lotus on the main straight, suffering a punctured right-rear tyre. He eventually crossed the line in 19th place, two laps down.

The stewards handed him a 20-second penalty which dropped him to 20th places behind Marcus Ericsson.

According to the stewards Sauber had offered a mitigating factor for the collision. “The stewards accepted the explanation of the team that car 21 [Gutierrez] was experiencing brake problems,” they said in a statement.

24 comments on “Gutierrez penalised for collision with Grosjean”