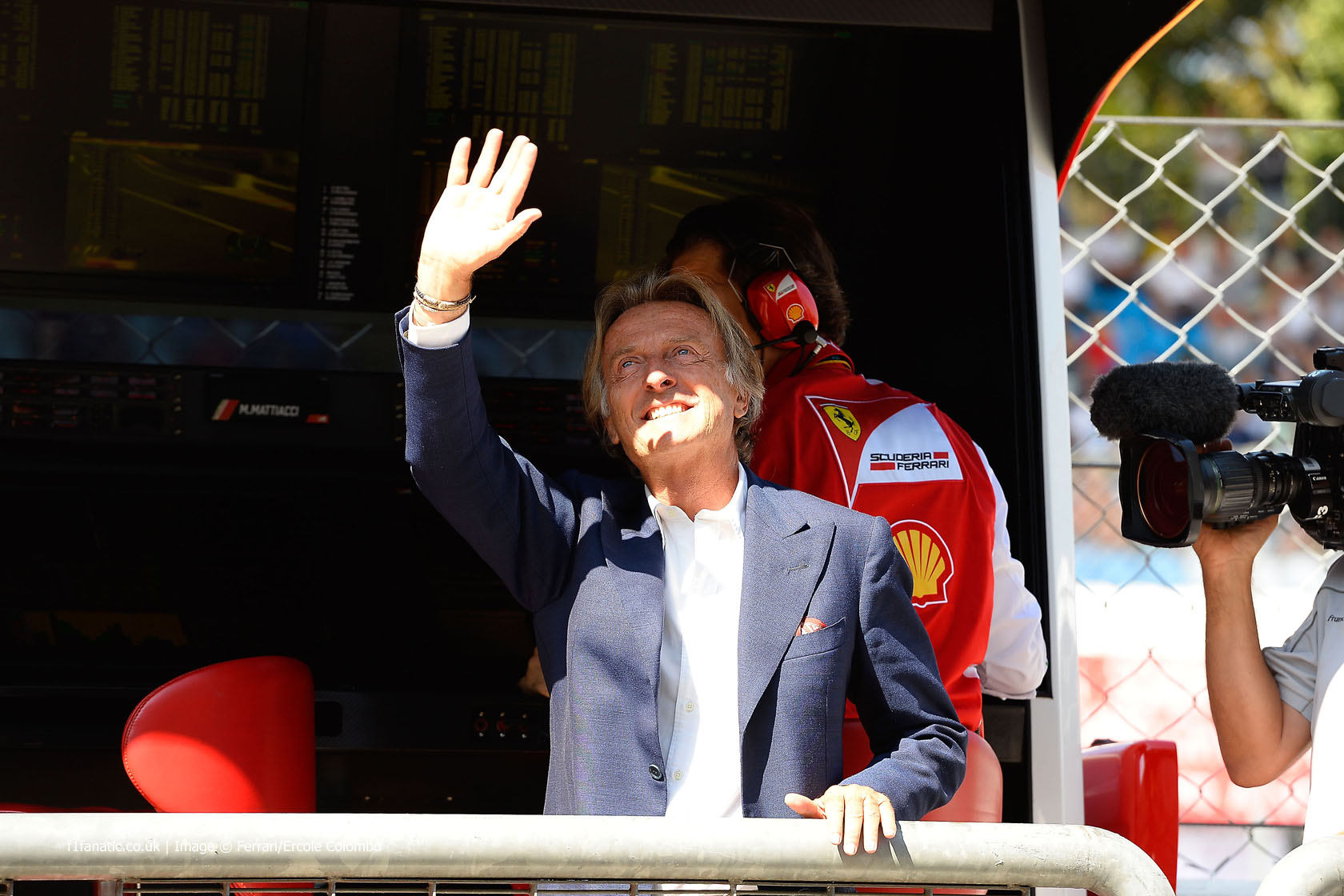 Luca di Montezemolo was centre of attention at Monza today, amid rumours that he will not be Ferrari president for much longer.

Here’s the story of Saturday at the Italian Grand Prix in Tweets.

Stallard: "So do you want one more lap or do you want to come in and discuss downforce?" Button: "Yeah let's come in." #F1

Nico Rosberg had gearbox issues in the morning, which limited him to just three laps in the session.

For the second time this session Rosberg complains his "gears are not learning". #F1

Great theatre around Montezemolo as always! He hasn't spoken yet. Italian colleagues convinced he's out after next week. We will see #f1

Qualy's gonna be tight. We all got a good scrap ahead of us. Just gotta use the right foot a little more than the others

'Luca, Luca, I can't breathe.' Yes, Alonso is in there somewhere. #handshakesareforstrangers pic.twitter.com/bfPdejSOQ6

The Tifosi were out in force at the track.

Pit to Kevin: “Really good job. Excellent job." Smiles in the garage after a top effort from our boys. P5 for Kev, P6 for JB. #ItalianGP

ALO: "It was positive for me because I see two Mercedes, two Williams, two McLarens, one Ferrari, two Red Bulls…" A little dig at RAI…

Again bad luck for @RGrosjean ! Strangers smashed the front window of his car. Happened to him last year as well… pic.twitter.com/xt7cCpLYSz

.@MassaFelipe19 Hopefully this is just the beginning of a good weekend. I am really going to give everything I can to get on that podium

Good day from us, starting P3 for the race tomorrow. Going to be another race full of opportunities,… http://t.co/nvaNQgRsrB

Great to see my ex teamate @jpmontoya today with Tony (now my Engineer & in the Williams years Juans Engineer) pic.twitter.com/iqLLY6QkeF

Great day today !!! We got the best out of the Qualy.. Good night and good focus for tomorrow.. #nevergiveup

Great to see @svandoorne continuing to give @McLarenF1 a big headache for 2015. He's ready! Question is can @KevinMagnussen lead the team?

That was Nasr’s chance to cut the gap. Huge missed opportunity. Palmer might have saved his championship today. But Vandoorne is now in play

Wow! Unbelievable race to come from 26th to 8th – reverse grid pole and with fastest lap as well. Now to fully turn the tables tomorrow