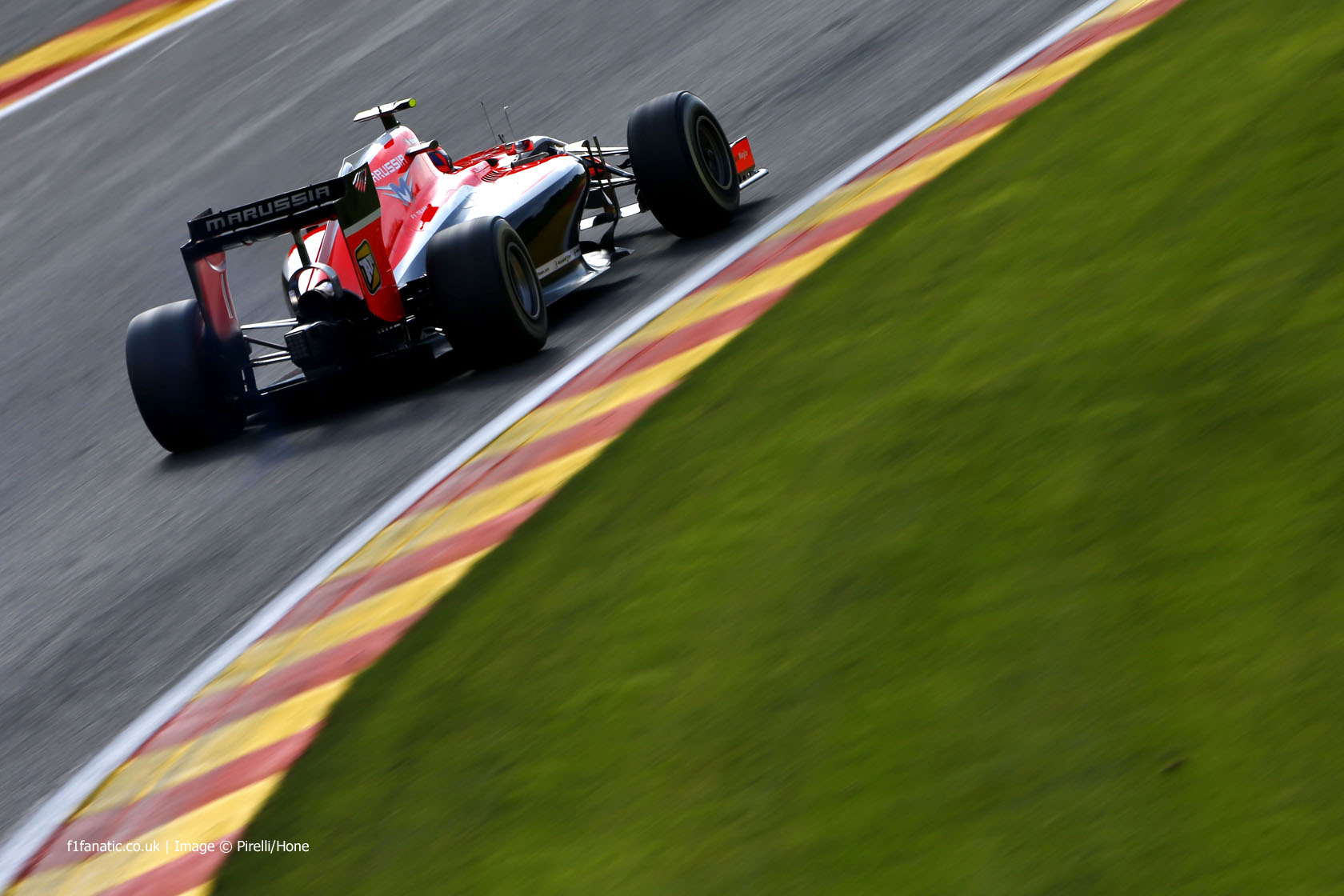 Less than 24 hours after Marussia announced Alexander Rossi would make his F1 race debut this weekend the unfortunate driver found out he had missed out on his chance as Max Chilton would be driving after all.

Meanwhile in the paddock several stars of the sport were taking part in the Ice Bucket Challenge to raise awareness for Motor Neurone Disease/Amyotrophic Lateral Sclerosis.

Here are the Twitter highlights from Friday at Spa-Francorchamps.

Two drivers were preparing for their Formula One debut in the morning session, but one of them would shortly lose the opportunity.

First run in an #F1 car for @Andre_Lotterer in over a decade! pic.twitter.com/zpaiLN9ICb

The past 24 hours have been an enormous PR own-goal for Chilton. Now no question of his pay-to-drive credentials.

No real winners in @Marussia_F1Team debacle over $m #F1 race seat, but don't forget for the 100's of team staff it's a very worrying time.

Drivers back in the garage. @Andre_Lotterer comfortable, “getting used to everything” he says over the radio #F1 pic.twitter.com/QnLaa5XVUT

The paddock heard the news about Max Chilton returning to the Marussia seat in place of Alexander Rossi – except for Rossi himself, who only found out after the session.

Vettel discovers the Astroturf in the middle of Pouhon is short on grip. #F1 pic.twitter.com/rt4WU4BJro

Testing the ERS this weekend: The best opportunity for the MGU-K will be Bus Stop.Driver approaches at +300kph and brakes down to just 75kph

Button has a button problem: “The DRS stayed open then. I couldn’t close it with the button.” #F1

The ice bucket challenge would be a good way of introducing Ecclestone to social media, surely.

Red flag: Maldonado has crashed on the approach to Pouhon having got onto the grass. #F1 pic.twitter.com/ksReFoE6rS

Give Maldonado credit – he may crash a lot but that's only because of his dedicated efforts to find new and innovative ways of crashing. #F1

In Spain, Pastor blamed the track and the wall for his shunt. Today he's at least accepted he might be half to blame. I call that progress.

Meanwhile Gutierrez has a high-speed spin at Blanchimont. “It’s the gearbox,” he says. Second red flag is thrown. #F1 pic.twitter.com/oUgIV9qePd

Not the best day for us @OfficialSF1Team first the problem with me this morning and now a problem in fp2 for @EstebanGtz , big push 2morrow!

Update on Pastor: he was taken to the medical centre for precautionary checks and he is ok. #BelgianGP

Rob Smedley accidentally walked in to the Ferrari motorhome today. “Surprised I haven’t done it before,” he said.

Obviously I’m disappointed not to race but I got to drive an F1 car today, so it’s not that bad. My time is coming… pic.twitter.com/Tx1V0syIC4

Really enjoyed my first day in #formula1 @caterhamF1. Thx for all the support and messages! A lot to… http://t.co/6BSdCvGi3g