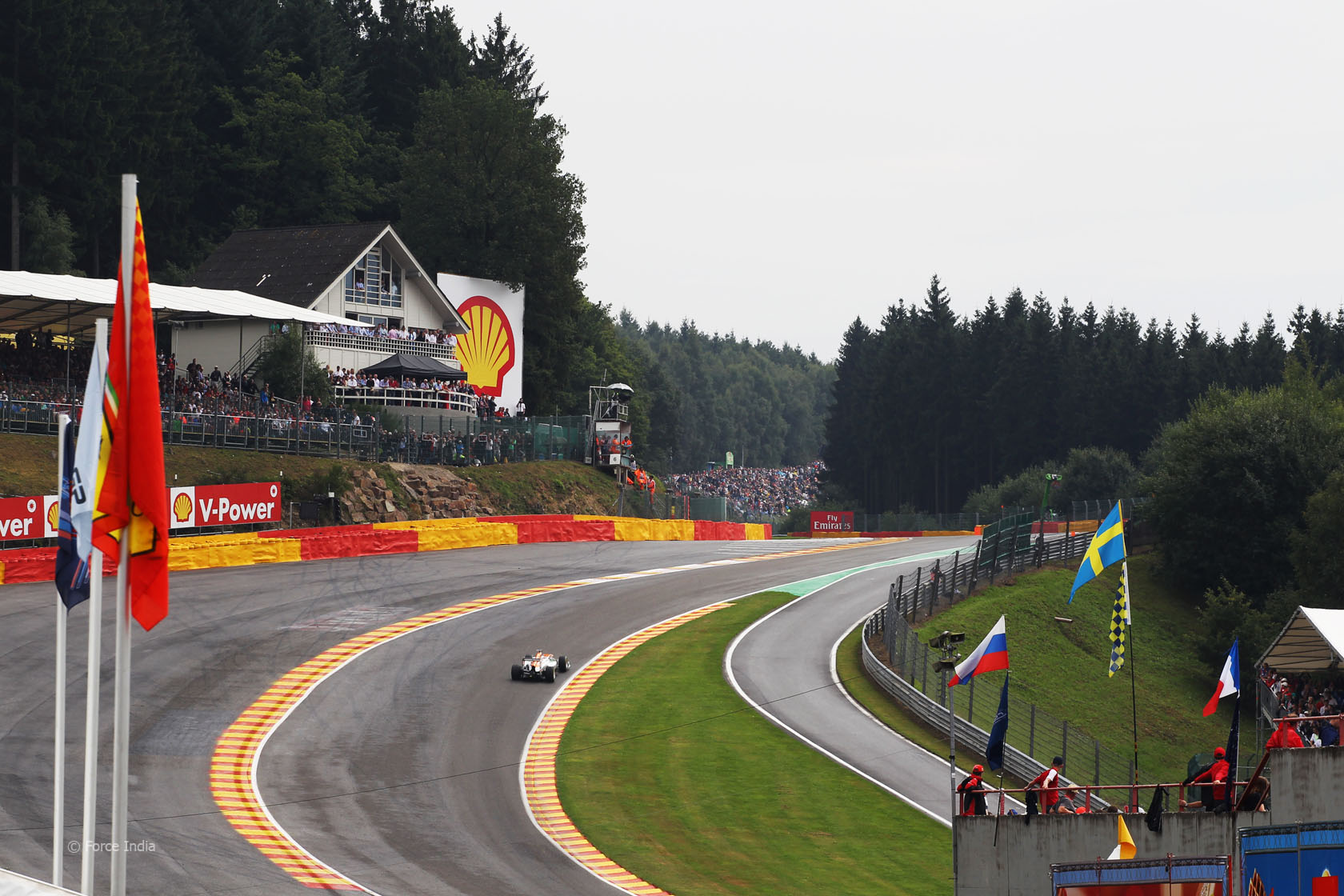 F1 cars may not be able to take the famous Eau Rouge corner at Spa-Francorchamps at full throttle, according to Adrian Sutil.

The reduced downforce on the 2014 cars has reduced cornering speeds and led to slower lap times this year. Sutil suspects that due to the reduction in grip drivers may have to back off for the high-speed Eau Rouge sweep.

“Eau Rouge is one of my favourite corners,” he said, “and this year it will be difficult to go flat out due to less downforce”.

“With the new cars we will have more top speed and less grip, so it will be interesting to see how it will be to drive under these conditions,” he added.

“Regarding the set-up, there are two variations: Either you are fast in sector two and relatively slow on the straights or vice versa. Both set-ups can result in the same lap time.”

However Sauber reserve driver Giedo van der Garde doesn’t expect the corner, one of the most famous in F1, will require a lift.

“With this year’s new Formula One cars I believe we will have more top speed on the straights, but less downforce in comparison to 2013. I think Eau Rouge and Blanchimont will still be flat out.”