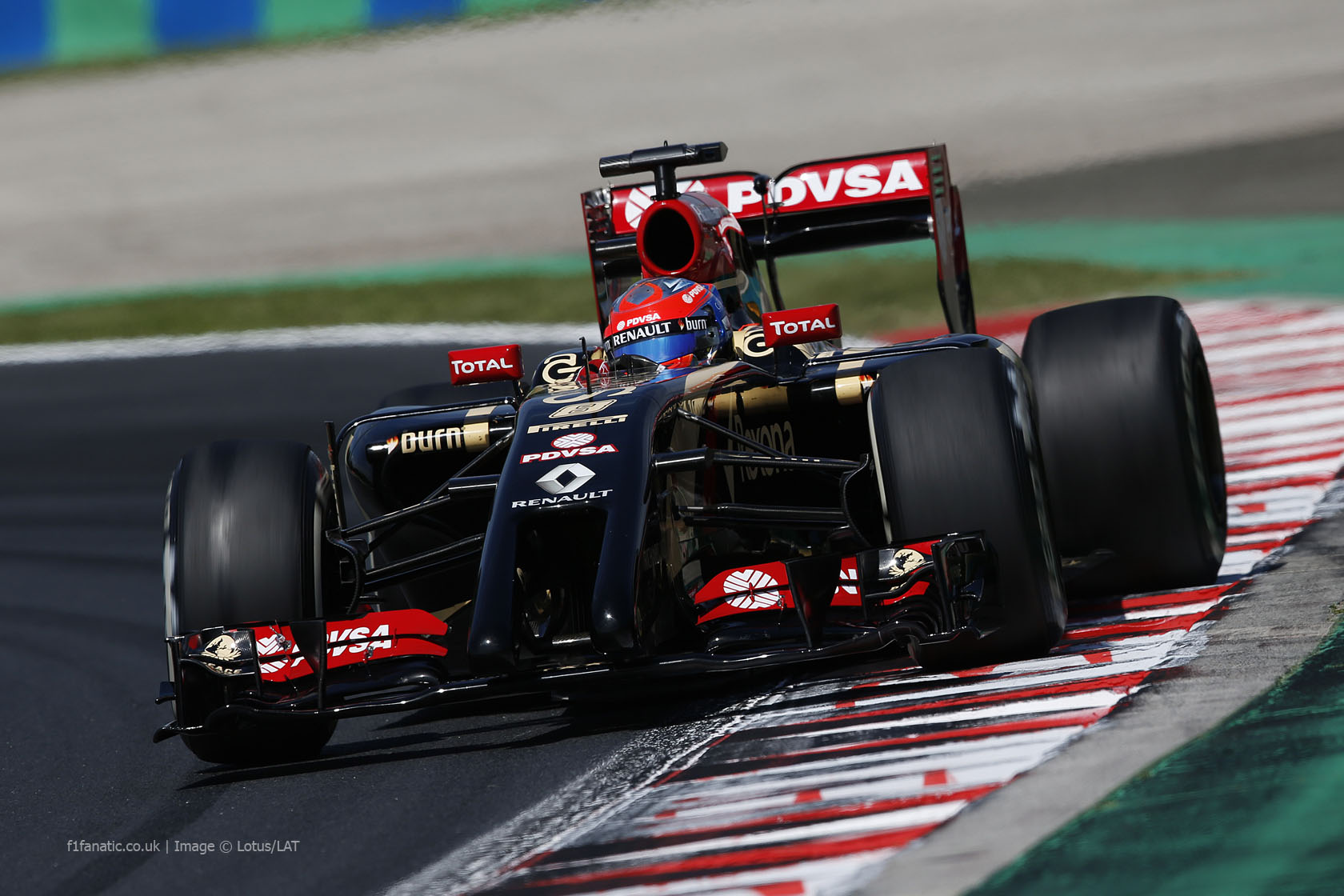 The Lotus driver did fewer laps than any other driver on a track where he has previously enjoyed some solid races.

Here are the Twitter highlights of an otherwise quiet day at the Hungaroring.

Good morning from Budapest. Time to set the E22 on track today. Best leave the city and get there. You too! pic.twitter.com/TitCbjawRg

Grosjean not happy with his run being cut short. "I am calm," he replied to an unheard comment, explaining he feels he needs more laps. #F1

Of all the races in the first part of the season, this is the one where the turbo will be the most obvious.

The driver is constantly on and off the power and having a turbo that can kick in instantly will reduce lap time by improving driveability.

Kobayashi unhappy with Hamilton's driving. Hamilton is told: "No weaving in front of Kobayashi." #F1

Grosjean: "Are you sure everything is OK with the aero? It seems very bad." Komatsu: "We are still looking but looks OK." #F1

Interesting to see…or not see any reserve drivers for this FP1. Guess teams are still sorting out life sans FRIC. #F1

Button: "I just don't have rear grip at all. Especially in low-speed corners, braking." #F1

Grosjean's frustrating weekend continues, he's told to pit because "we still have the leak". #F1

Massa spins the Williams at the chicane. Will he blame Magnussen for that as well? #F1

Ross telling Rosberg to protect his engine: "Nico we need a lower gear in turn one for engine damage." #F1

Tough day at the #hungariangp. The guys have been doing a very good job to get the car on track as much as we could! @Lotus_F1Team #r8main

After months of hard work, team members won’t mind the summer break, which comes after the Hungarian Grand Prix.