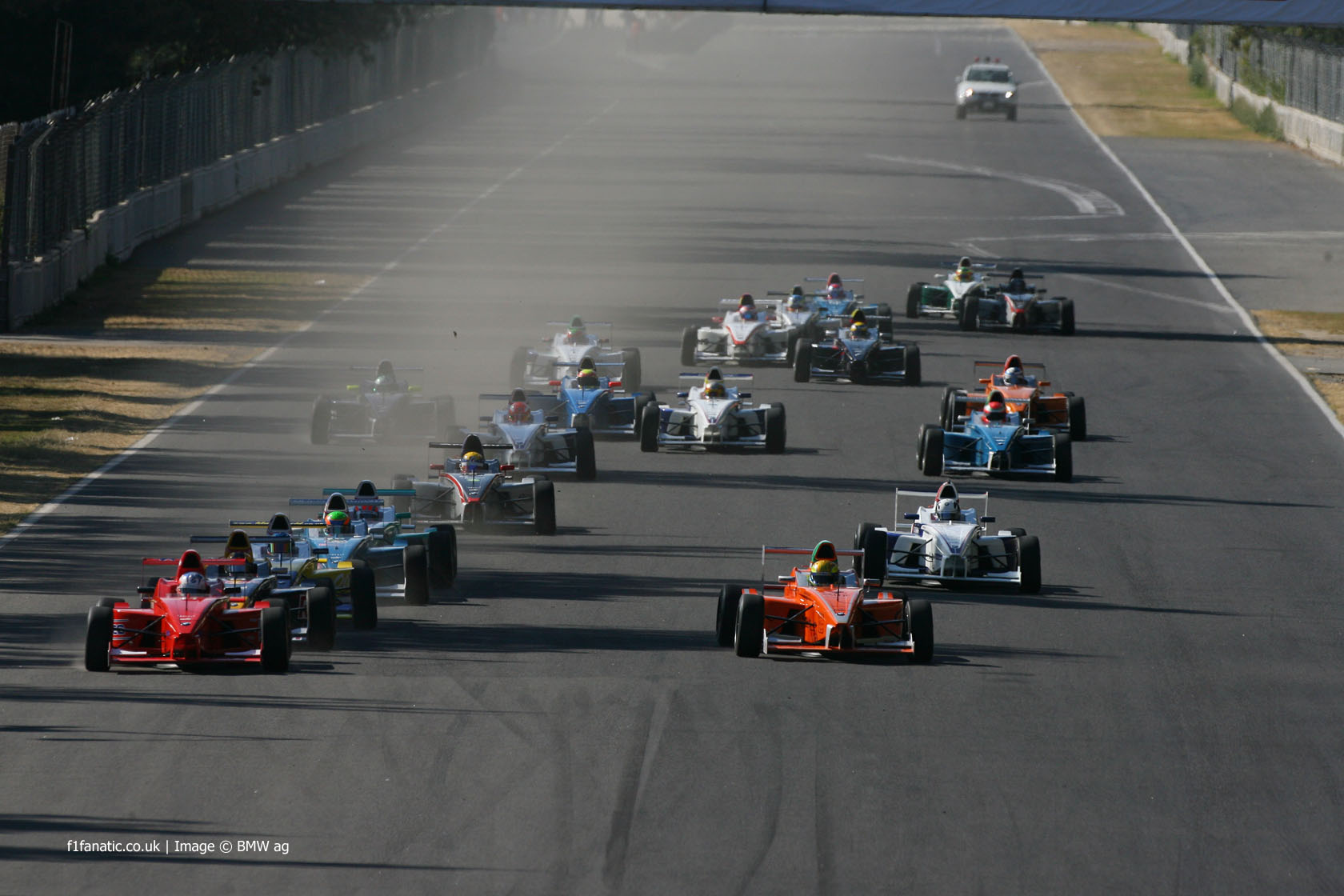 Sergio Perez says he has no doubt the Mexican Grand Prix will take place in 2015.

A race in Mexico was mooted for the 2014 season but failed to go ahead. However during today’s Hungarian Grand Prix press conference Perez said he is “a hundred percent sure that we will go to Mexico next year”.

“No doubt about it,” said Perez, “everything is confirmed.”

“Last year was in a difficult situation due to the time that we had to build the circuit but now there is no doubt. We all can think that we’re going there. Already they’re building the circuit, they start on the circuit so yeah, we’re definitely going there.”

The Autodromo Hermanos Rodriguez will be substantially overhauled in time for the 2015 Mexican Grand Prix, including the distinctive 180-degree Peraltada corner at the end of the lap.

“I suspect they are going to do some changes,” said Perez. “It’s a very historic corner. Everybody that I have been talking in the paddock, they all tell me ‘ah, we’re going to have the Peraltada’, everyone is really excited about Peraltada.”

“There’s a lot of things to be changed,” he added. “Obviously the circuit is quite old. The last time they raced there was 22 years ago. They already started to build basically a new circuit and it will be fantastic.”

Perez is eagerly anticipating his chance to race on home ground for the first time in over a decade.

“So now to go back after so many years and raced in Formula One is really great. It’s great for my country, they’ve been really pushing for so many years since I came to Formula One four years ago. The spirit of the fans is massive back home.

“So it’s great for my country, for all the fans back home and I’m sure you all will be surprised of how good the event will be. I’m just very proud and excited and yeah it’s great that we can confirm we will have a Mexican Grand Prix next year.” “I think this is a great step to have a grand prix,” he said. “It’s really a dream come true for many of us.”

“I had the chance to race once back in Mexico City in 2008 when we did the World Finals in Formula BMW. And it was a great experience, it was an introduction of what it can be but obviously very, very small in comparison.

“But now we will be able to go and do the biggest thing in Mexico and to really share with out fans, with our supporters, to share with them physically the sport.”