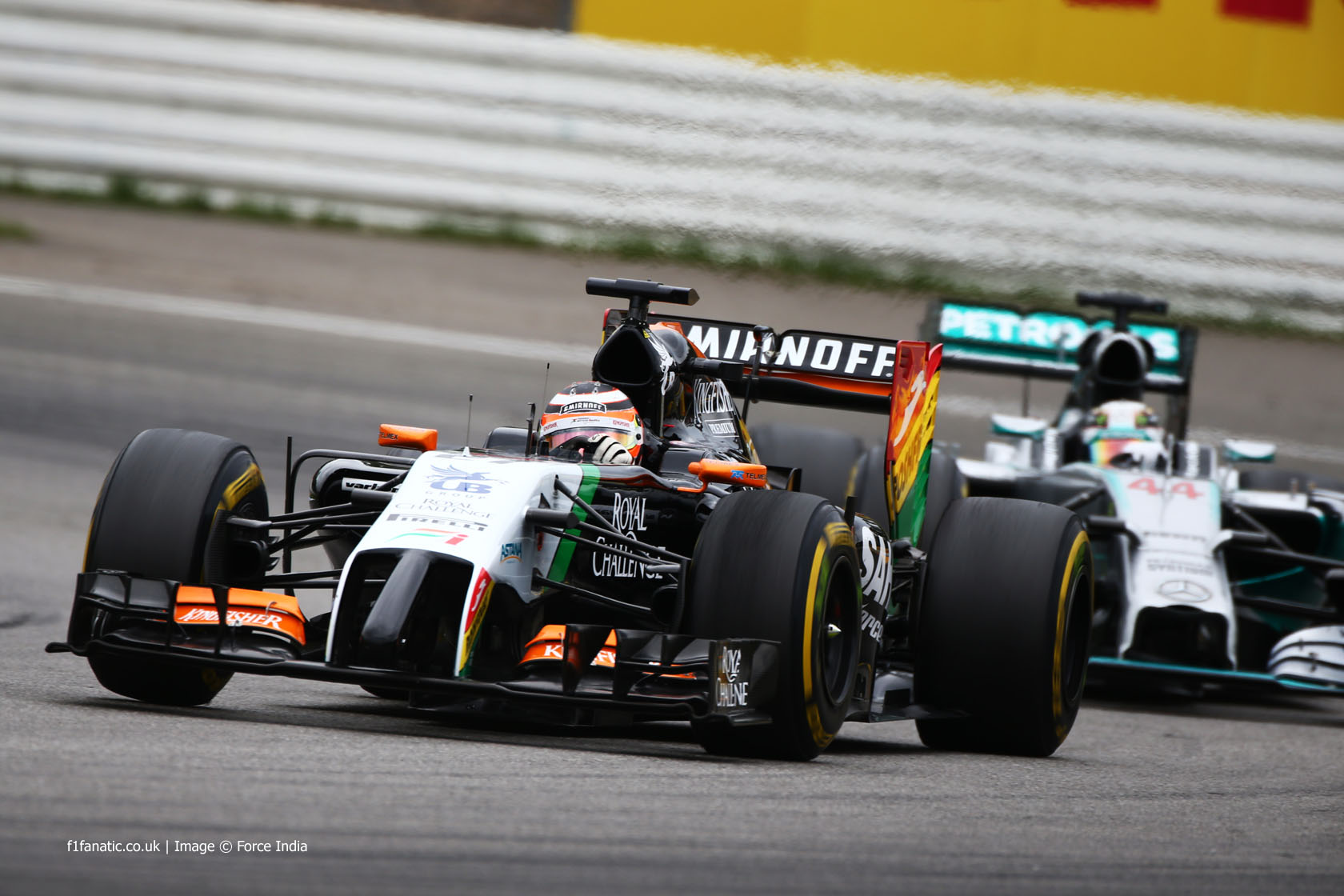 Nico Hulkenberg has described his 2014 campaign as his best so far in Formula One.

The Force India driver has scored points in all ten races so far, a feat only one other driver – Fernando Alonso – has equalled.

Hulkenberg is seventh in the championship with 69 points, 40 more than team mate Sergio Perez.

“So far it’s been a great season,” said Hulkenberg, “my best year in Formula One and the best year for the team too”.

“The car has worked well on every kind of track so if we keep working as we are I think we can have a strong second half of the year as well. There are still some developments to come, mainly on the aero side, so that will help us stay competitive.”

Force India are also enjoying their best season so far. Team principal Vijay Mallya said “the whole team should feel proud of our performance in the first half of the season”.

“We’ve scored 39 points more compared to the first half of last season and that’s an indication of our consistency. We’ve picked up points in every race and we’re in the middle of a very close fight in the championship.

“We are pushing hard to be even more competitive, but we’ve certainly delivered in the first ten races.”

38 comments on “Hulkenberg enjoying “my best year in F1””