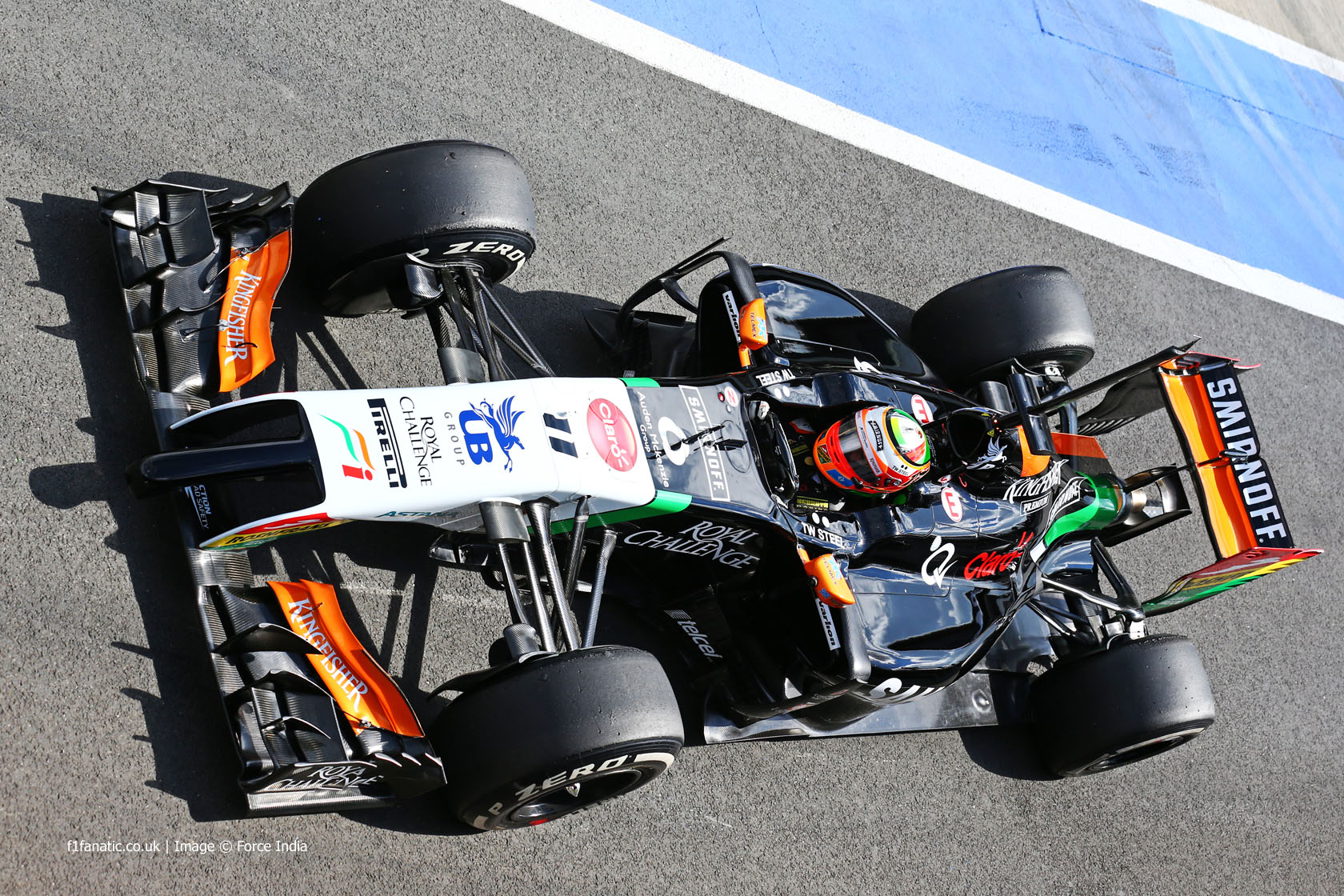 Sergio Perez expects Force India to fare better at the Hockenheimring this weekend than they did at Silverstone.

Perez returned to the circuit after the race to participate in last week’s test, during which he says the team got on top of some of the problems they had faced.

“It was good to have the chance to understand some of the issues that affected us during the race weekend,” said Perez.

“We also tested new aero parts on the car and the team will look at the data to decide whether we use them in Germany. I believe Hockenheim will be a very different situation; it’s a track that should suit our car better and we should be in a much stronger position.”

“It looks like a track where we can perform well,” he added. “With the softer tyres and warm temperatures it’s going to be an interesting race.”

Nico Hulkenberg finished eighth at Silverstone and team principal Vijay Mallya believes Perez would also have been in the top ten had it not been for a first-lap tangle with one of the Toro Rossos.

“It was unfortunate that Checo came together with [Jean-Eric] Vergne,” said Mallya. “It completely compromised his race and he had to restart from the back. Had that incident not happened, he could have been in the points as well.”

Mallya added the Silverstone winds had exposed a weakness in their car: “It became clear on Friday that our car was sensitive to the windy conditions, so when we saw the wind return on race day we knew that it would compromise our race performance.”

14 comments on “Force India “much stronger” in Germany – Perez”