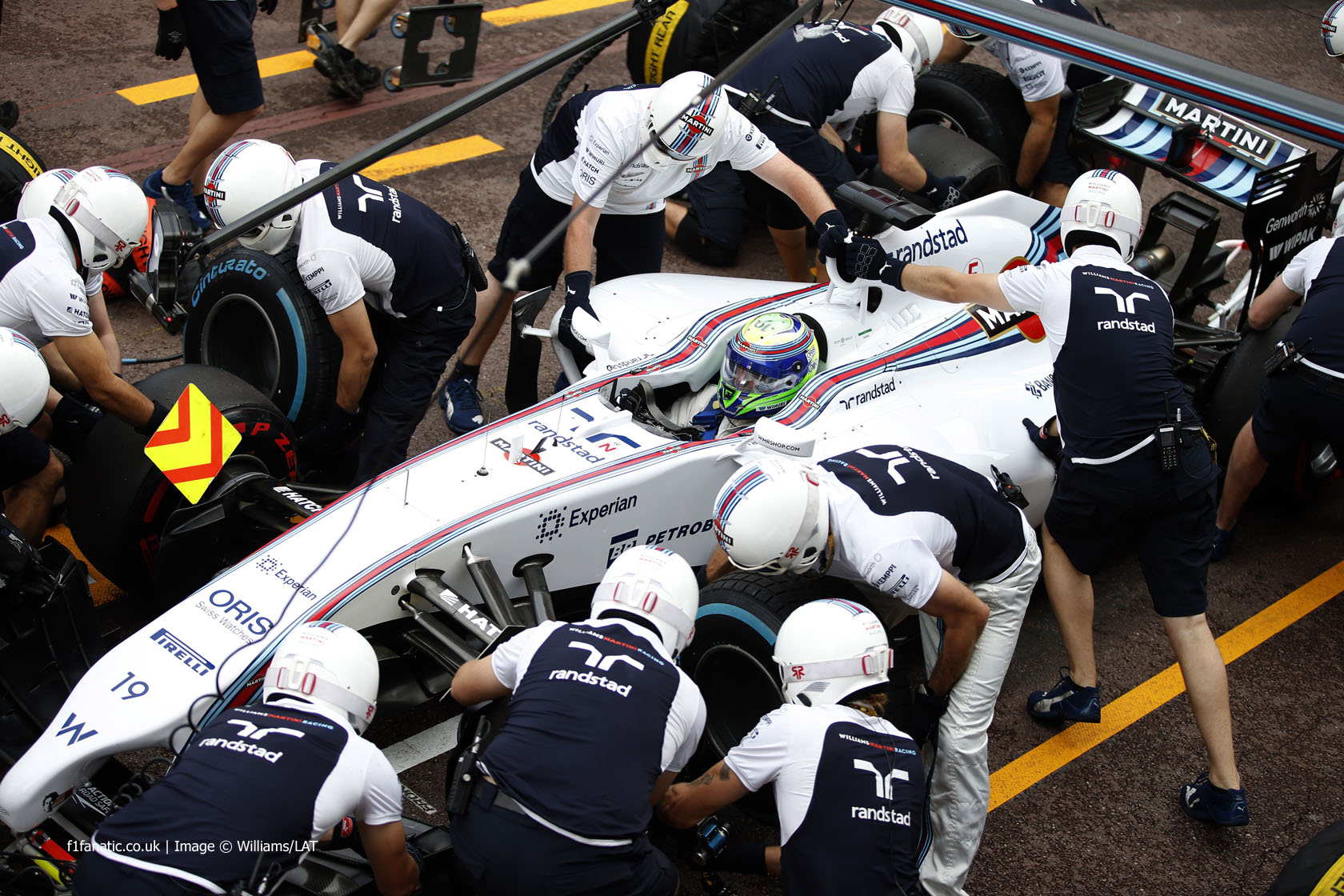 Felipe Massa says he would prefer a slightly less conservative selection of tyres for forthcoming races.

F1’s official tyre supplier Pirelli faced criticism at last year’s British Grand Prix following a series of high-speed failures. They produced more conservative tyres for the second half of the season and have done so again for this year due to the change in engine regulations.

However Massa feels the current tyres are “some times a little bit conservative”.

“I think in the last few races was fine,” he said. “Always one stops are a little bit boring, I prefer maybe two or three stops, two is fine. I think using the very hard tyres is not really great so I prefer to be a little bit better than how it is.”

However Lewis Hamilton, who at one point last year said he had “nothing positive” to say about Pirelli’s tyres, praised the job they had done in their fourth season as F1’s sole tyre manufacturer.

“I think Pirelli have done quite a good job really this year,” he said. “We haven’t had any tyre blow-outs which is a real positive for us, that’s what we wanted and you can’t always get it perfect.”

“Whether or not they’ve gone a little bit too far in that direction we can decide perhaps at the end of the year. I’m sure they’ll alter it again for next year.

“Of course we always want more grip so any time they get softer is a good thing for us.”