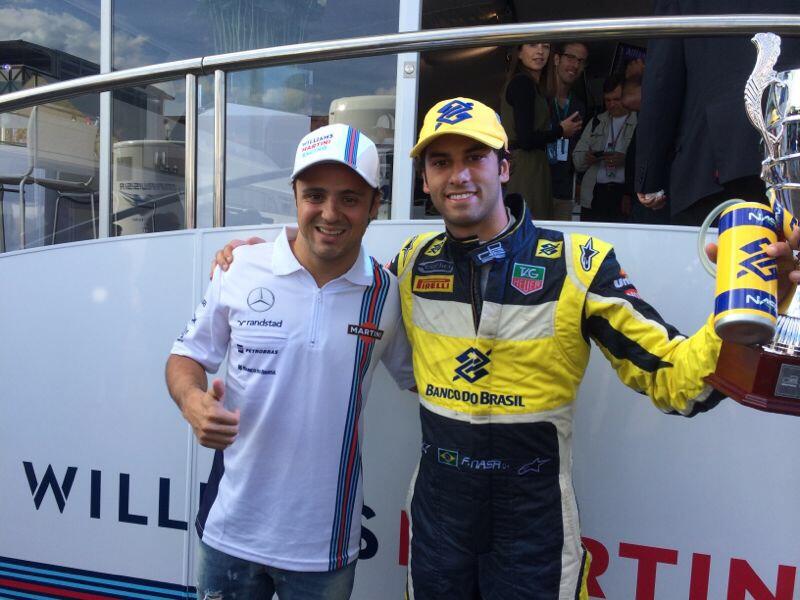 The qualifying success of Felipe Massa and Williams proved very popular among media, fans and drivers.

Here’s how Saturday at the Red Bull Ring went down on Twitter.

I think this might be the first time I've seen more Red Bull tops/caps than Ferrari. Would be great to get some supporters' figures.

Button asks if the team can see his problem in the telemetry. Robson replies: "Everything looks OK to us. Clearly it's not." #F1

Stunning setting for qualifying in Austria. Cloudy but dry. Although Bottas looked good in FP3, hard to look beyond Mercedes. #AustrianGP

Williams showed good pace in practice sessions. But when Massa got ready for qualifying, he surely did not expect a pole position.

#Q1 is underway and Felipe waits to head out pic.twitter.com/mG6mA37vcv

Alonso is the latest driver to have a near miss with the barrier at turn nine. #F1 pic.twitter.com/8NaLRzZ6VV

Hard to express sense of delight in media centre at the @WilliamsRacing 1-2. Much-loved team. #AustrianGP

Mind you, Williams' ability to light up the supersoft tyres in qualifying might hurt them a little tomorrow but they have to be passed first

Today Felipe confirmed the talent and ability that always had!With his experience and dedication has raised the performance of Williams

I'm off to tell Dietrich Mateschitz that Red Bull would be more competitive if they had rebuilt the old track instead…. #Opportunist

Timing is all. Wonder whether Toto might have got more for his Williams shares if he'd waited a week or two. Not that he needs the cash.

Williams 'improves the show' by upsetting the status quo in Austria. The family-run team on the front row is a feelgood story to savour.

Williams have locked out the front row 44 years to the day since Frank's first driver Piers Courage died in the 1970 Dutch GP. How poignant

ALO: "I always said that Felipe was very, very fast. Not many people believed me, but I still think he was the fastest team mate I had"

The GP2 race saw more success for Williams, with their third driver Felipe Nasr taking the victory. He was joined on the podium by Stoffel Vandoorne and Raffaele Marciello, who are supported by McLaren and Ferrari respectively, while Red Bull backed Alex Lynn won in GP3.

Good motorsports day for Brasil! @MassaFelipe19 on pole in F1 and @FelipeNasr wins the GP2 feature race in Austria! #PushToWin

Good GP3 win for @alexlynnracing. Might be the only victory for a Red Bull car on home ground this weekend…

Congrats to everybody at @WilliamsRacing for the front row today.

Autograph session time in Austria – check out the crowds…. pic.twitter.com/tNfEWHrfqG

Great to be in the first row for tomorrow, mega job by @WilliamsRacing! Thank you all for the support! Big push tomorrow 😉 #AustrianGP #77

Not a bad day in the office. Now… C'mon guys keep the good work up🇩🇪!! pic.twitter.com/Yh3DD26LB7

That was when I ruled the world… Pic @LATphotographic pic.twitter.com/r1tcVzW5PM

Marko, Lauda and Berger driving track in old F1 cars. One eye, one ear and one good arm – yep motor racing really was dangerous once.

My 1st lap in Q3 was looking good; I went wide in the second-to-last corner & I think that lap would probably have done it

Hard qualy, very closet gap between the cars but finally not bad for us, my 1st clear qualy of the season with no problems… 👍

We must say a big thank you to all members of the team both out in Austria and those working equally as hard back in Grove. Great job guys.

And a nice welcome back at the hotel tonight! pic.twitter.com/Fxb3BQvinH

She's had a great day today but now it's time to get some rest. Sleep well FW36 you have a big day tomorrow. pic.twitter.com/zpRSKtDpsx