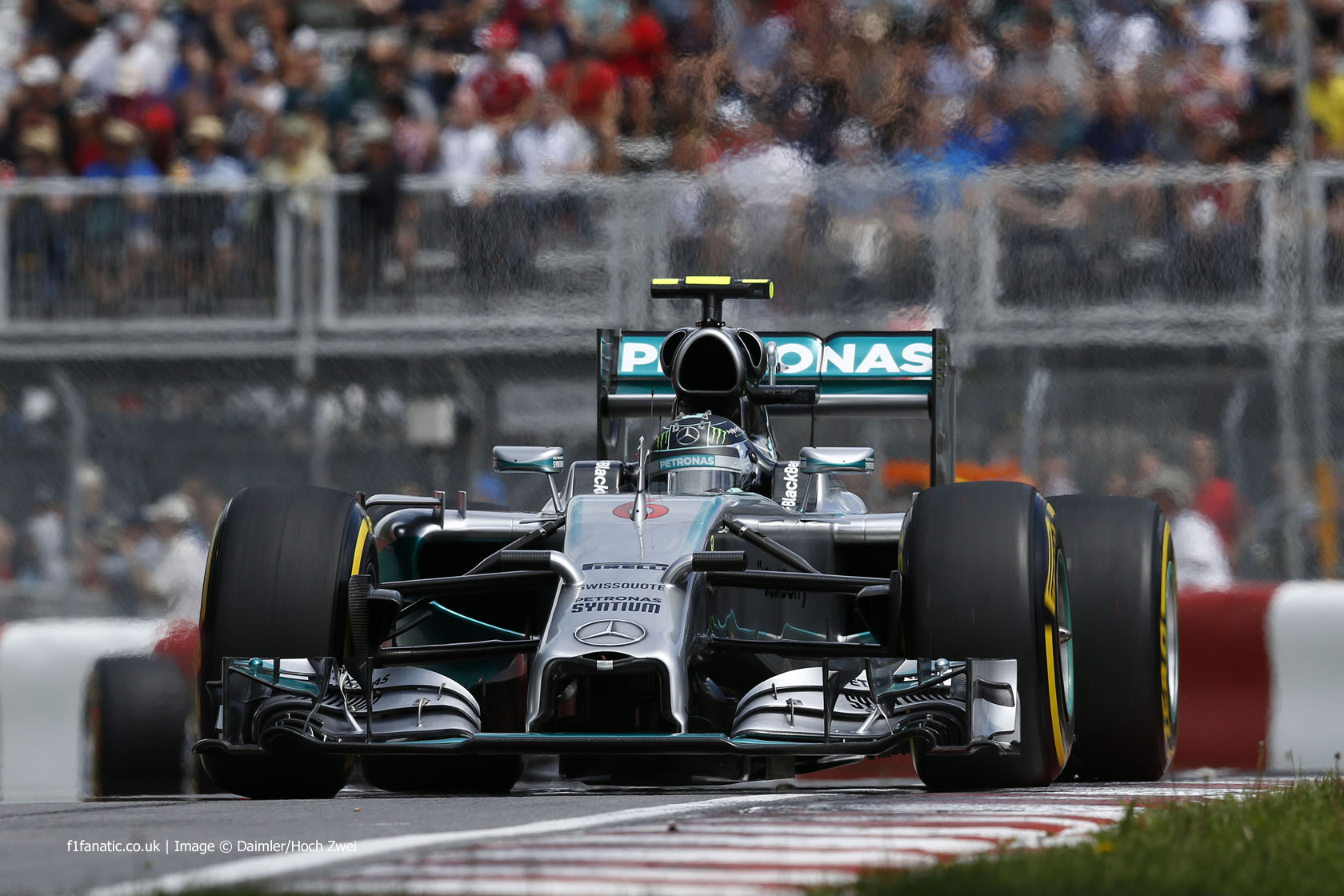 Nico Rosberg said he was very happy to finish in second place after both Mercedes hit technical trouble during the Canadian Grand Prix.

“Both cars suddenly lost the MGU-K system and a lot of power which was really tough,” said Rosberg. “Then I lost some time in the second pit stop which let Lewis jump me and I was struggling to cool the rear brakes down so it was all happening.”

Hamilton suffered brake failure and retired shortly after passing Rosberg. That left the lone Mercedes defending an increasingly vulnerable lead from a strong of pursuers.

“Towards the end of the race, I tried to defend against Sergio [Perez] which was fine,” Rosberg explained.

“But Daniel [Ricciardo] was too fast on the straights with much more power than I had available and he was able to get past.”

“With so much going on, I had to ask my engineer where I finished at the end as I thought I was probably about fifth or sixth. I was so happy to hear that I was in P2.”