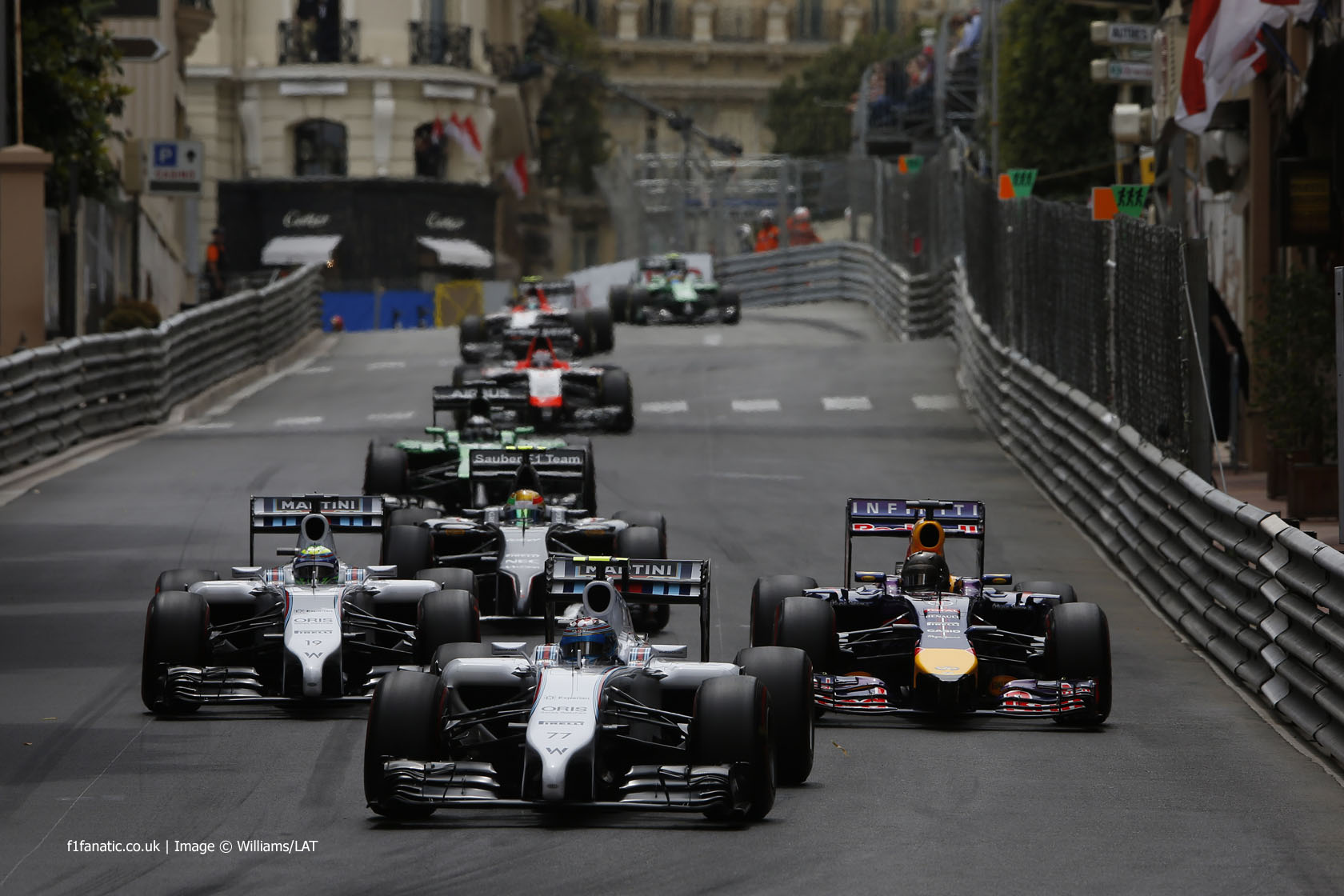 Always a highlight on the calendar, this year’s Monaco Grand Prix produced an eventful race which included retirements, Safety Car interruptions and even some overtaking.

Mercedes continued their domination with another one-two finish, their fifth in a row. But for the first time this year it was Nico Rosberg who led home Lewis Hamilton.

An eye problem meant Hamilton dropped back in the closing stages, but behind the Mercedes drivers there was no shortage of action. The race earned an average rating of just over seven out of ten – the second-highest score of the year.

Here are your views on this year’s Monaco Grand Prix.

Everyone loves an underdog

Jules Bianchi’s climb from the back row of the grid to score Marussia’s first points was viewed as being particularly well-deserved:

Well done to Bianchi and Marussia, glad they finally have something to show for their efforts. A good race by Monaco standards.
AlexMcFarlane

The race direction at most grands prix is produced by Formula One Management. But Monaco has its own local director, and is often a focus of criticism:

Not a bad race. There were some great passes; too bad the coverage missed most of them and had to rely on replays.
@Soundscape

It seemed like 90% of the coverage was Hamilton chasing Rosberg, which was boring. Like probably everyone else I was waiting for the pit-stops as a chance for Hamilton to challenge for the lead, but that was thrown away with the safety car.

So while there was action further back, all we got were the highlights and not the actual battles.
@Velocityboy

For some, F1 has long outgrown Monaco and as a result the races are usually processions. But many others appreciate the unique characteristics of this unusual race.

As far as Monaco goes, that was a stunner! Best dry Monaco Grand Prix I’ve seen, second best race of 2014 after Bahrain.
@Ddonovan1993

Several unexpected accidents/retirements which led to a thrilling finale with Bianchi in the top ten! I also noticed many drivers actually trying to overtake, which is good to see at Monaco.
@Fixy

Dullest race of the year. However the Hamilton-Ricciardo battle was epic!
@Cocaine-mackeine

It was terrible aside from a couple of interesting laps while Ricciardo was chasing down Hamilton.
@Textuality

Definitely the most exciting Monaco race I’ve seen in a long time. Battles all through the field, drivers taking chances that sometimes paid off and sometimes didn’t, nail biting finish for a few teams.
@Jennikate

What makes this race is the in-car camera and seeing how close they are to the barriers. Amazing really. Ricciardo deserved some good luck and a great third place.
Tasimana

As far as Monaco goes, that was a real cracker! Some fantastic overtaking, especially that move from Hulkenberg on Magnussen at Portier and Bianchi on Kobayashi at Rascasse. Thoroughly enjoyed it, especially with the oversteer from the new engines.
@Andae23