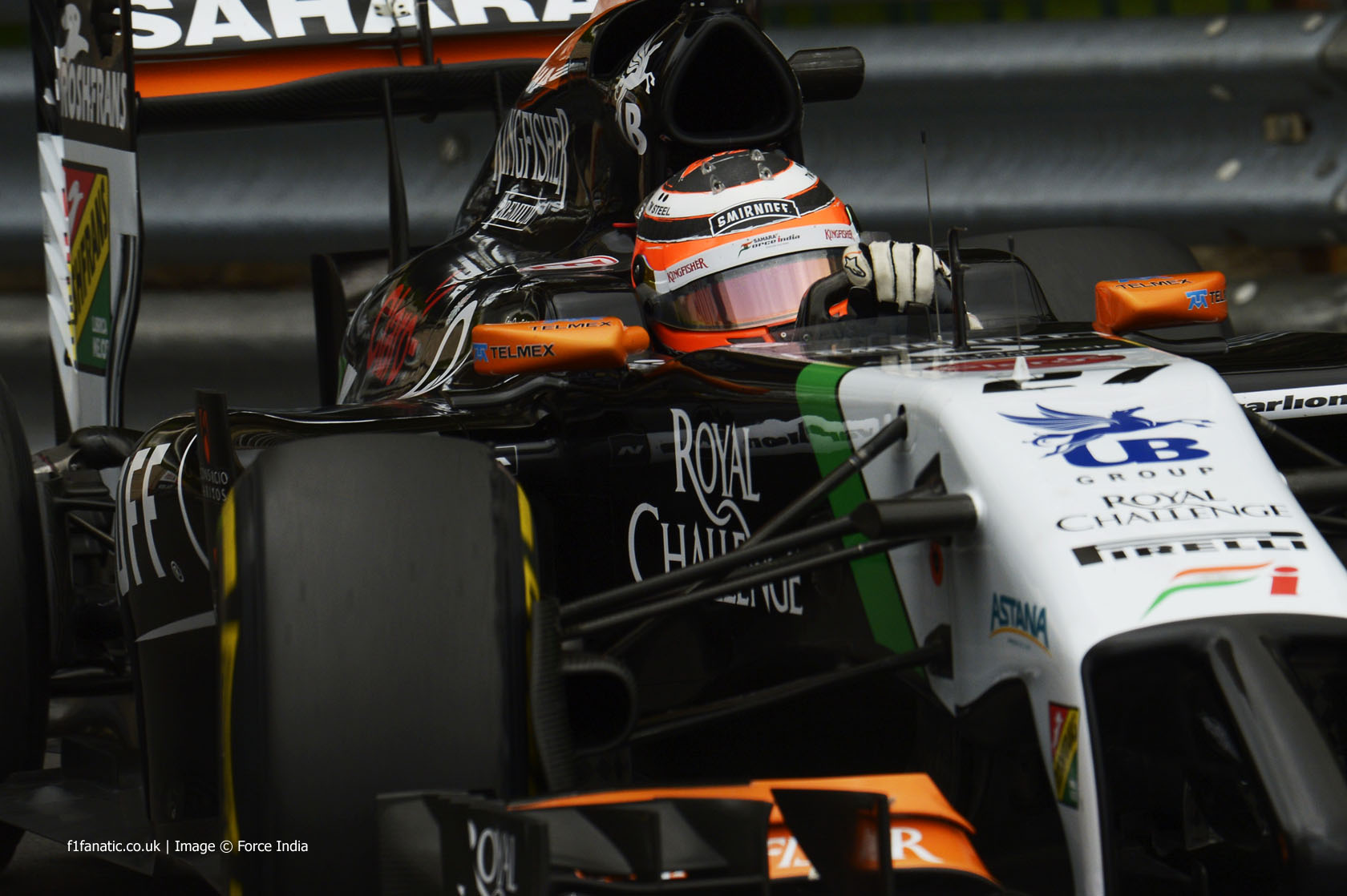 Nico Hulkenberg says he’s enjoying the best form of his career so far having scored in the each of the first six rounds this season, including five top-six finishes.

“It’s my best run of results in Formula One and I’m really enjoying the racing,” said Hulkenberg .

“I’ve said many times that consistency is our strength and we showed that again in Monaco with another fifth place. Monaco was not our strongest track, or our weakest track, but we still brought the car home for a great result.”

Hulkenberg is fifth in the championship and only 14 points behind Fernando Alonso, who is third.

The Force India driver took fifth in Monaco after completing two-third of the race on a set of super-soft tyres. “It was such a hard race,” he said.

“There was pressure from behind and my tyres were gone. Just keeping the car out of the wall was difficult. So it was a big relief to keep Jenson [Button] behind.

“I was shouting over the radio when I crossed the finish line because it was such a satisfying result for everyone in the team.”

Hulkenberg is cautiously optimistic about the team’s potential in Canada this weekend.

“It’s difficult to say how we will perform in Montreal,” he said. “In theory it should be one of the better tracks for us, but things change from race to race.”

“It’s good that we have the soft and super-soft tyres again because I think the softer tyres are more suited to our car.”