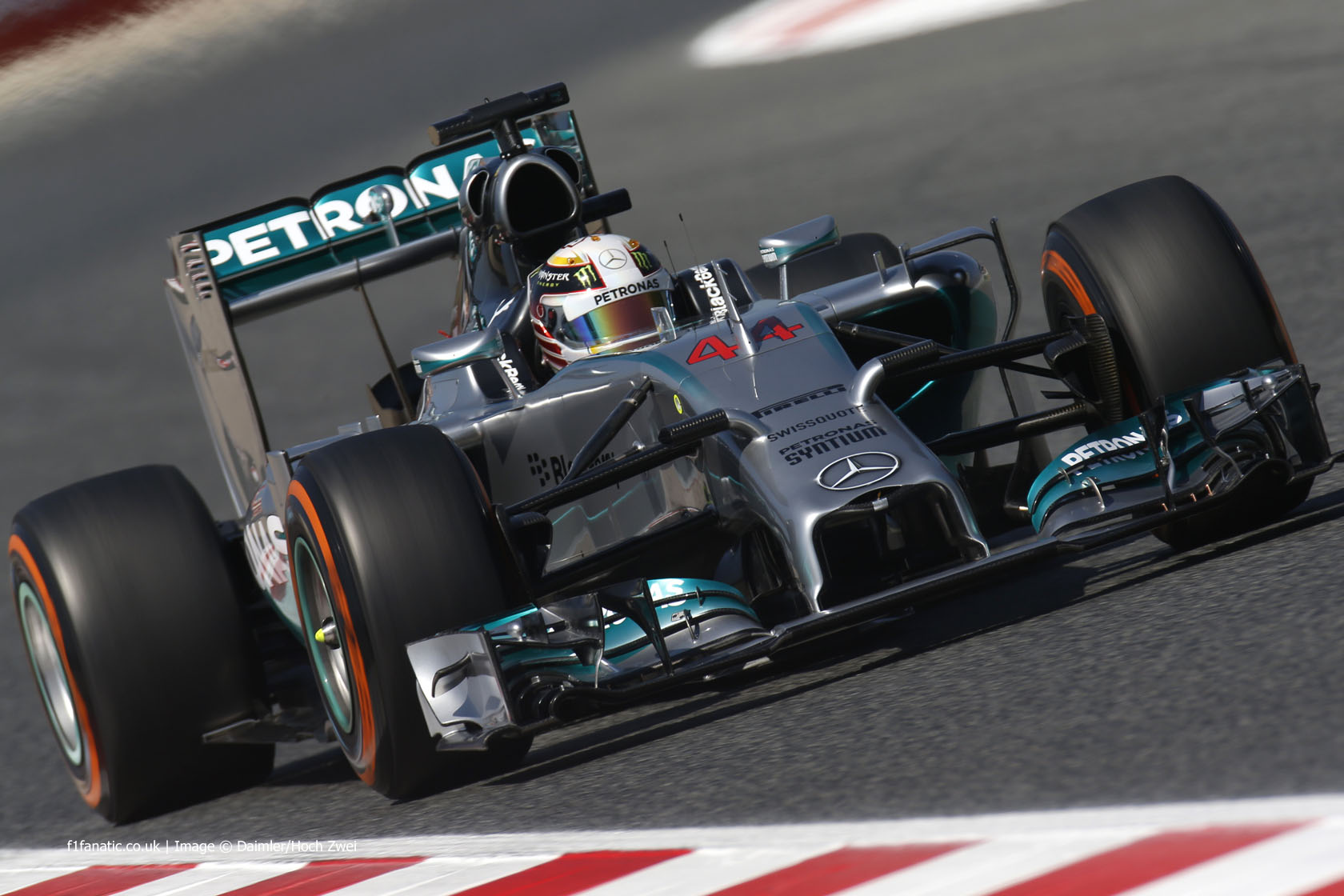 Lewis Hamilton withstood fierce pressure from team mate Nico Rosberg at the end of the race to win the Spanish Grand Prix.

Rosberg closed to within six-tenths of a second of his team mate at the finishing line but Hamilton hung on to take his fourth consecutive race win.

The Mercedes drivers pushed each other to finish 48 seconds clear of their pursuers, who were led by Daniel Ricciardo. The Red Bull driver fell behind Valtteri Bottas at the start but jumped ahead of the Williams driver at his first pit stop.

The podium finishers all pitted twice but Sebastian Vettel used a three-stop strategy to climb from 15th on the grid to finish behind his team mate.

Bottas feel to fifth ahead of the two Ferrari drivers, who also swapped places late in the race. Fernando Alonso, who emulated Vettel’s three-stopper, eventually made a move on Kimi Raikkonen at turn four.

The two Ferraris passed Romain Grosjean earlier in the race but the Lotus driver hung on to claim the team’s first points of the year with eighth. Behind him were the two Force Indias, Sergio Perez passing Nico Hulkenberg towards the end of the grand prix.

The McLaren pair finished outside of the points followed by Felipe Massa’s delayed Williams. Jean-Eric Vergne and Kamui Kobayashi were the only non-finishers.