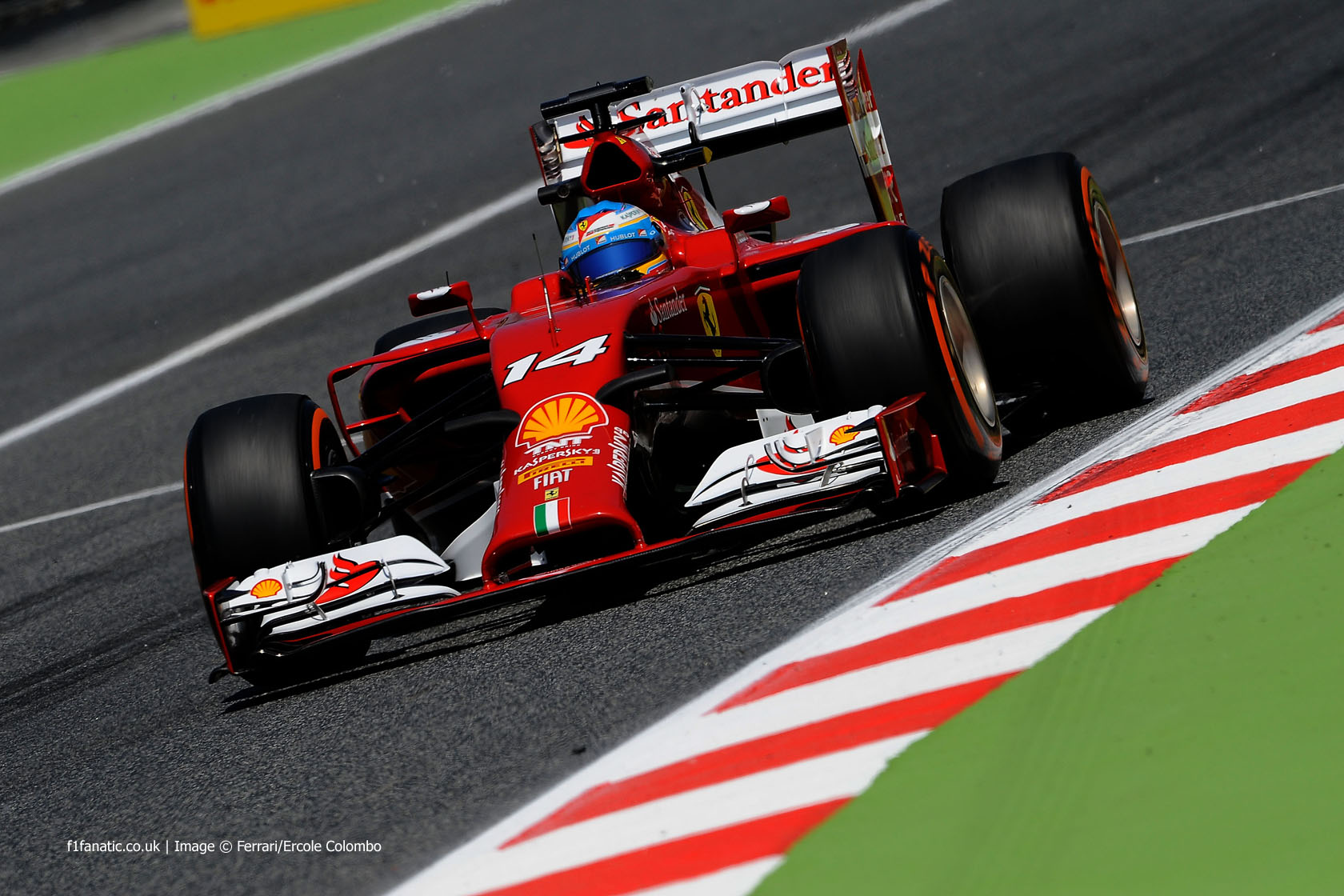 Fernando Alonso says it was no great surprise for Ferrari to be lapped by Mercedes during the Spanish Grand Prix.

“Well unfortunately it’s not a surprise in a way,” Alonso told reporters after the race.

“You know we were one minute behind the leaders in the first couple of races, with some Safety Cars in the race. So today that we [don’t] have any Safety Car this one minute was one minute and a half.”

Alonso was the last driver on the lead lap but team mate Kimi Raikkonen was lapped by the two Mercedes drivers.

“Unfortunately we’re in a position compared with Australia or Malaysia so we didn’t close that gap, it was our intention so we need to do an extra and we need to close it in the next couple of races,” Alonso added.

“It’s going to be tough, no doubt. We are too far behind – not for Ferrari, for everyone – to compete with Mercedes. But it’s the fifth race of the championship so our work is to make things not that easy for Mercedes.

“When they have a big gap they don’t stress the mechanical side and everything. So we need to do better.”

Alonso said his battle with Raikkonen – who he passed for sixth place during the final stint – “was fun”.

“Obviously we would like to fight for first and second but unfortunately today we were not quick enough,” he continued.

“And at the end, yeah, we had different strategies. I had newer tyres and I was able to pass him but as I said we would like to fight for first and second hopefully soon.”

38 comments on “Alonso not surprised Ferrari were lapped by Mercedes”