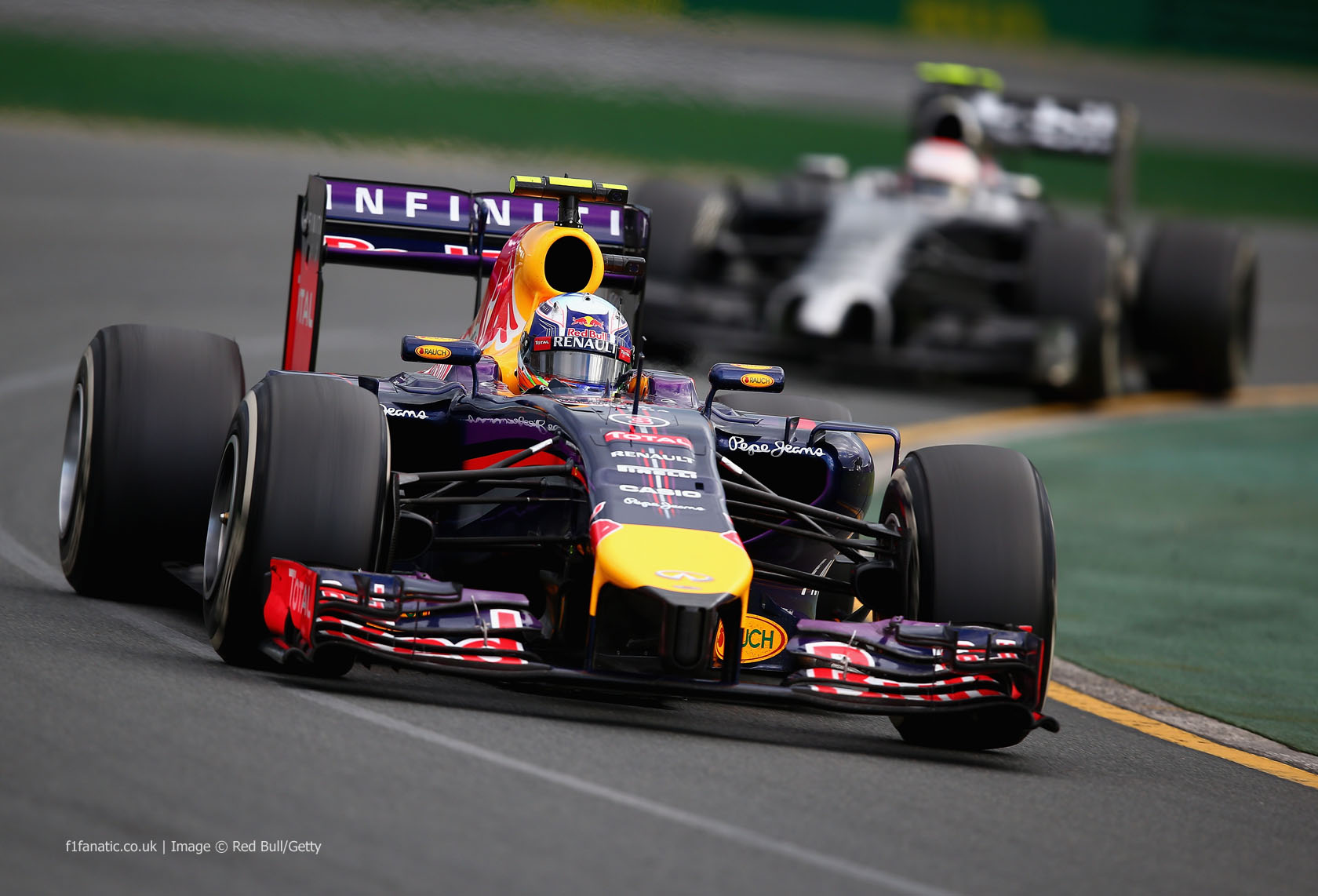 The court also refuted Red Bull’s claim the technical directives which describe how the fuel flow rate would be measured did not constitute part of the regulations.

“The court is not satisfied that the appellant did establish that car number three [Ricciardo] did not exceed the [fuel flow limit] of 100kg/h during the race,” it stated in a ruling published today.

Surprisingly it found Red Bull’s own interpretation of its data concurred with the view that Ricciardo’s car had breached the rules. “The appellant’s own estimation of its car number three’s [fuel flow rate] in Melbourne also showed that that car exceeded the [fuel flow limit] during the Australian Grand Prix,” noted the verdict.

Red Bull took issue with the accuracy of the FIA’s fuel flow sensors and proposed its own model for estimating the fuel flow. However the Court of Appeal disputed the accuracy of Red Bull’s method on several points.

“On top of that, the test provided by the appellant to demonstrate the accuracy of its method, does not replicate race conditions, such as fuel burning or vibrations, and is, therefore, imperfect.”

“The appellant’s measurement method is not based on physical means but purely on a software model that depends on input data, which cannot be checked by the FIA,” it continued.

The court also found Red Bull’s data was not sufficiently comprehensive: “The appellant’s data do not show all the relevant variables, and the four variables shown by the appellant in order to validate its measurement method are not even equal.”

It further pointed out Red Bull was not at liberty to choose a system of measurement it preferred: “Compliance with this limit must be determined by the officially controlled, uniformly applicable method specified by the FIA in the technical directives. Competitors cannot just pick and choose the method which suits them.”

Having listened to radio communications from the race, the FIA concluded Red Bull knowingly took a chance with the regulations:

“The court notes that the appellant obviously knew the risk of not following the [technical directive] and accepted it.

“Indeed, this is reflected in the transcript of its conversation over the intercom produced under number 48 of the appellant’s written grounds of appeal, where Mr [Paul] Monaghan, chief engineer for the appellant, said that he would defend before the stewards the appellant’s decision not to follow TD/016-14 and to rely on the estimates of its fuel flow model.”

Having rejected Red Bull’s appeal the FIA ordered its appeal fee to be retained and Red Bull to cover its legal costs.