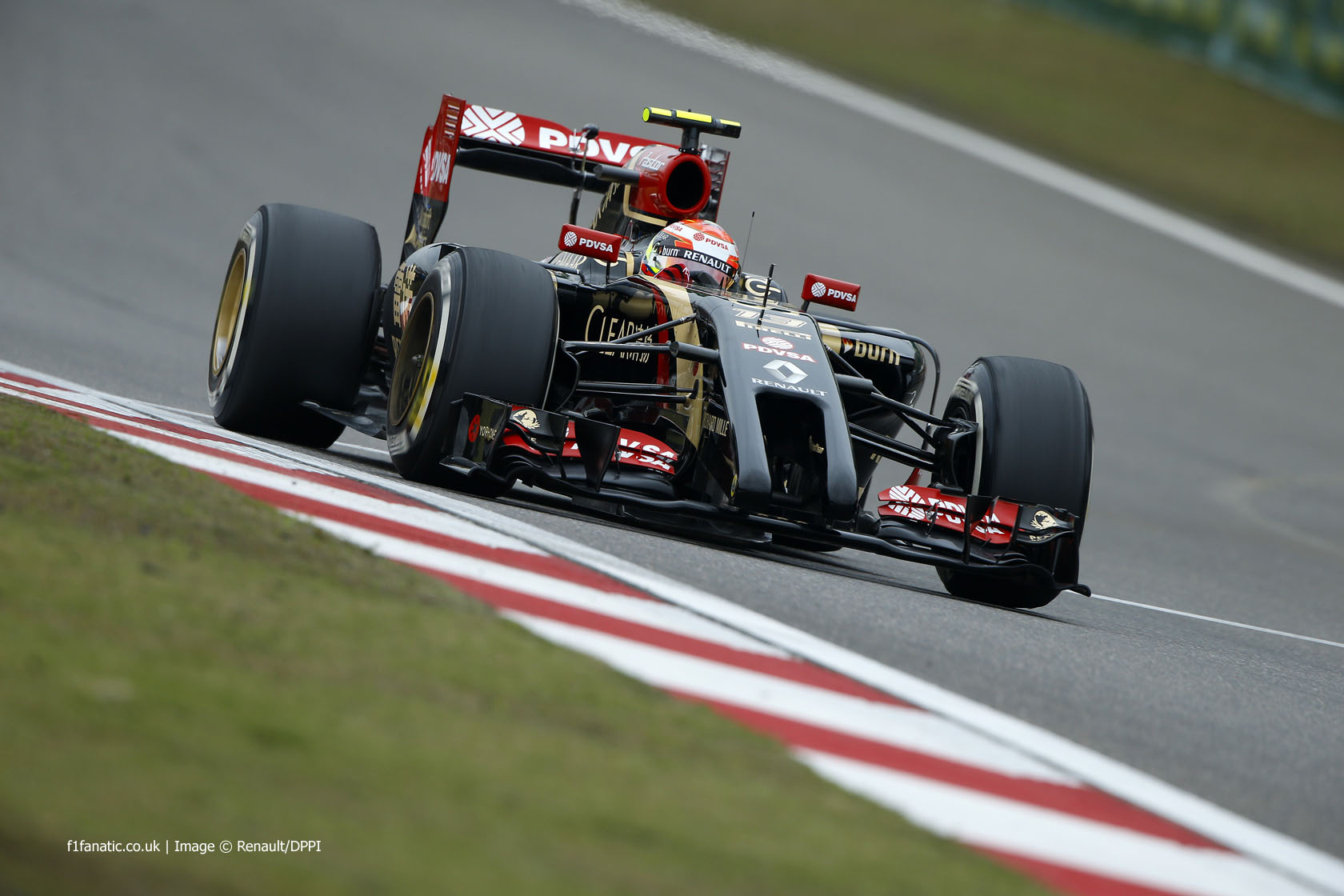 Pastor Maldonado admitted his crash on the way into the pits during the second practice session in China was his own mistake.

“The incident this afternoon was a mistake from my side,” said the Lotus driver.

“I was a little optimistic on the entry to the pits, and the run off is quite short, but that’s how it is. It’s a tricky part of the track and we’ve seen incidents there before.”

Maldonado had an eventful start to the weekend on Friday as he also spun his car after driving off the track at turn nine while changing the settings on his steering wheel.

However he was pleased with the progress he made during the two sessions and believes a top ten finish is a realistic prospect.

“We tried different set-ups in the car and completely different philosophies so now we have more data to analyse and look at in preparation for tomorrow,” he said.

“The car is improving – the power unit seems to be better and more consistent – so we’re making good progress. Our quali mode is better, which is something we are working on, so hopefully this weekend will be much better for us. Points are realistic, so we’ll do our best to achieve that.”