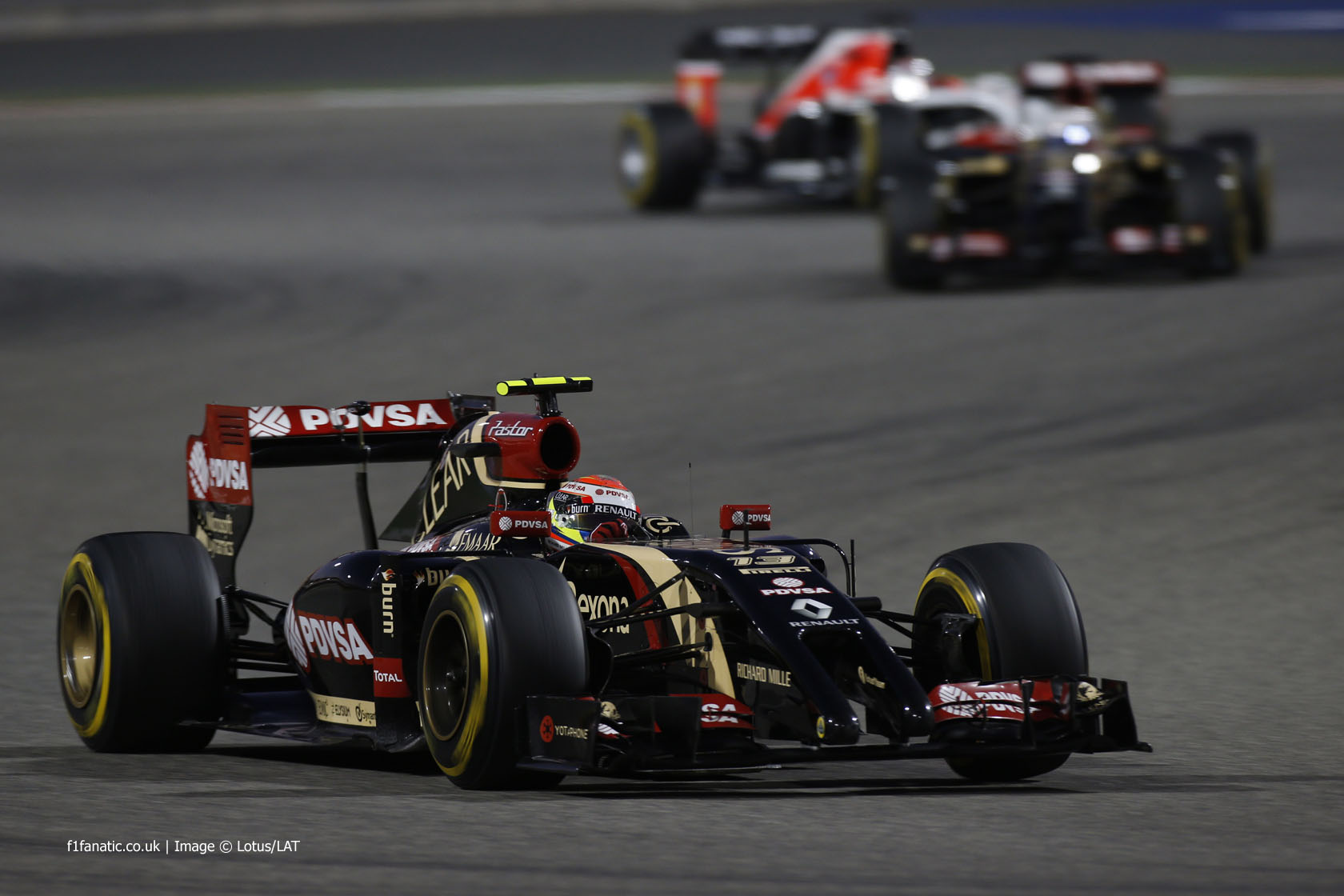 Pastor Maldonado says Esteban Gutierrez could have done more to prevent the contact between the pair during the Bahrain Grand Prix.

The Lotus and Sauber drivers collided at turn one on lap 41 of the race as Maldonado emerged from the pits. Gutierrez’s car rolled over in the impact but Maldonado was able to finish the race.

The stewards held Maldonado responsible for the collision and handed him a penalty during the race, and penalty for the next race, and endorsement points on his licence.

However Maldonado said after the race he was not entirely to blame for the crash.

“We will need to have a look again at what happened as Esteban seemed to be off his line coming into turn one – maybe he missed his braking point, I don’t know – and by then I was in the corner with nowhere to go.

“For sure it’s difficult to understand and I was coming out from the pits and with cold tyres. I think he was very unlucky and it’s good he jumped straight out of the car.”

Gutierrez has been released from hospital having been taken there for further checks following his admission to the circuit’s medical centre.

“I was completely surprised that Pastor, who came out of the pits, ran into me,” he said.

“I was clearly in front of him. I turned into the corner and I was suddenly hit and I rolled over. There was nothing much I could do.”

108 comments on “Maldonado says Gutierrez left him “nowhere to go””