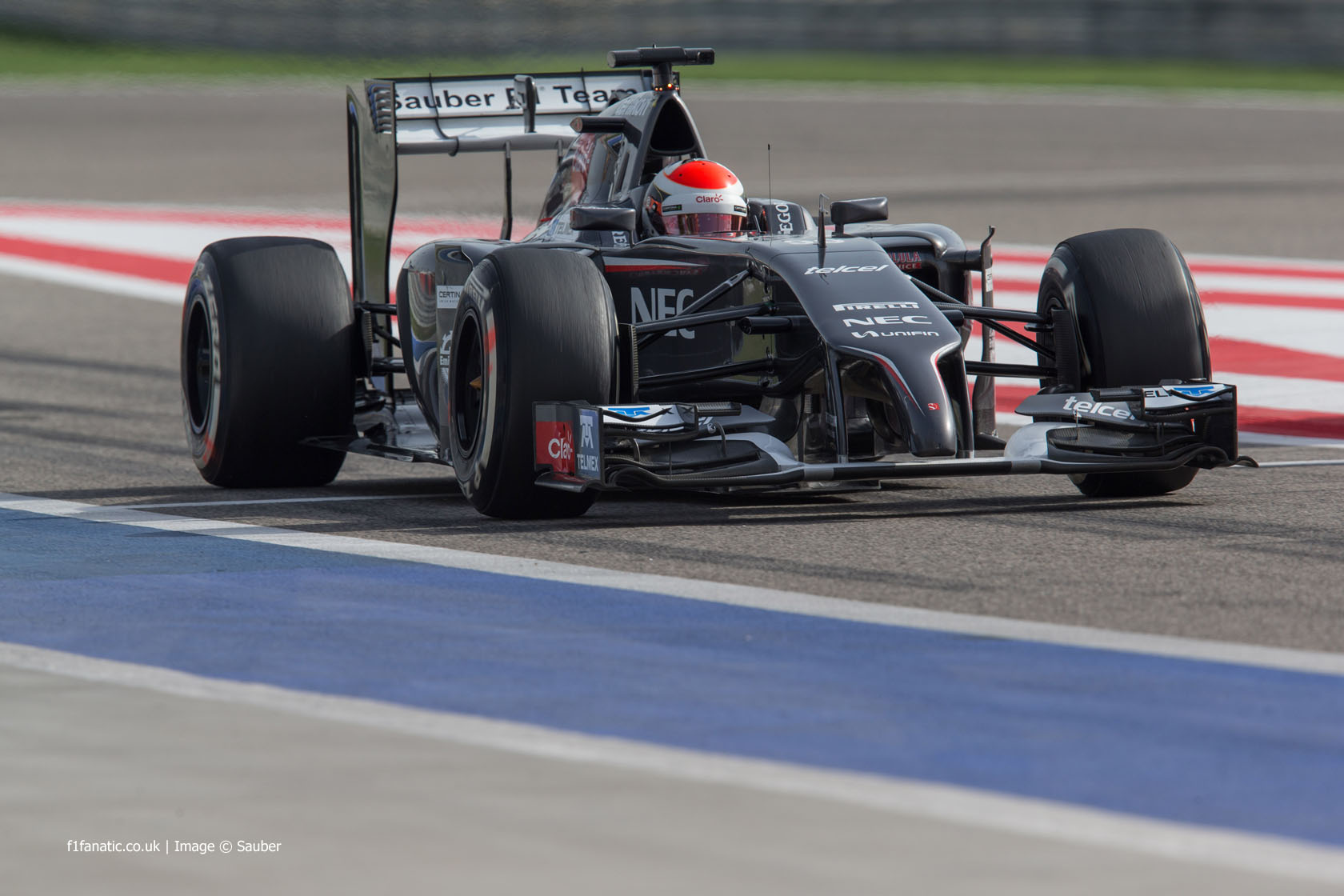 Adrian Sutil will start the Bahrain Grand Prix from last place after being handed a penalty for holding up Romain Grosjean during qualifying.

The Sauber driver was handed a five-placed penalty which demotes him to last on the grid. Sutil was also given two penalty points on his licence.

The stewards ruled he “forced car eight [Grosjean] off the track between turns 13 and 14 in an unsafe manner.”