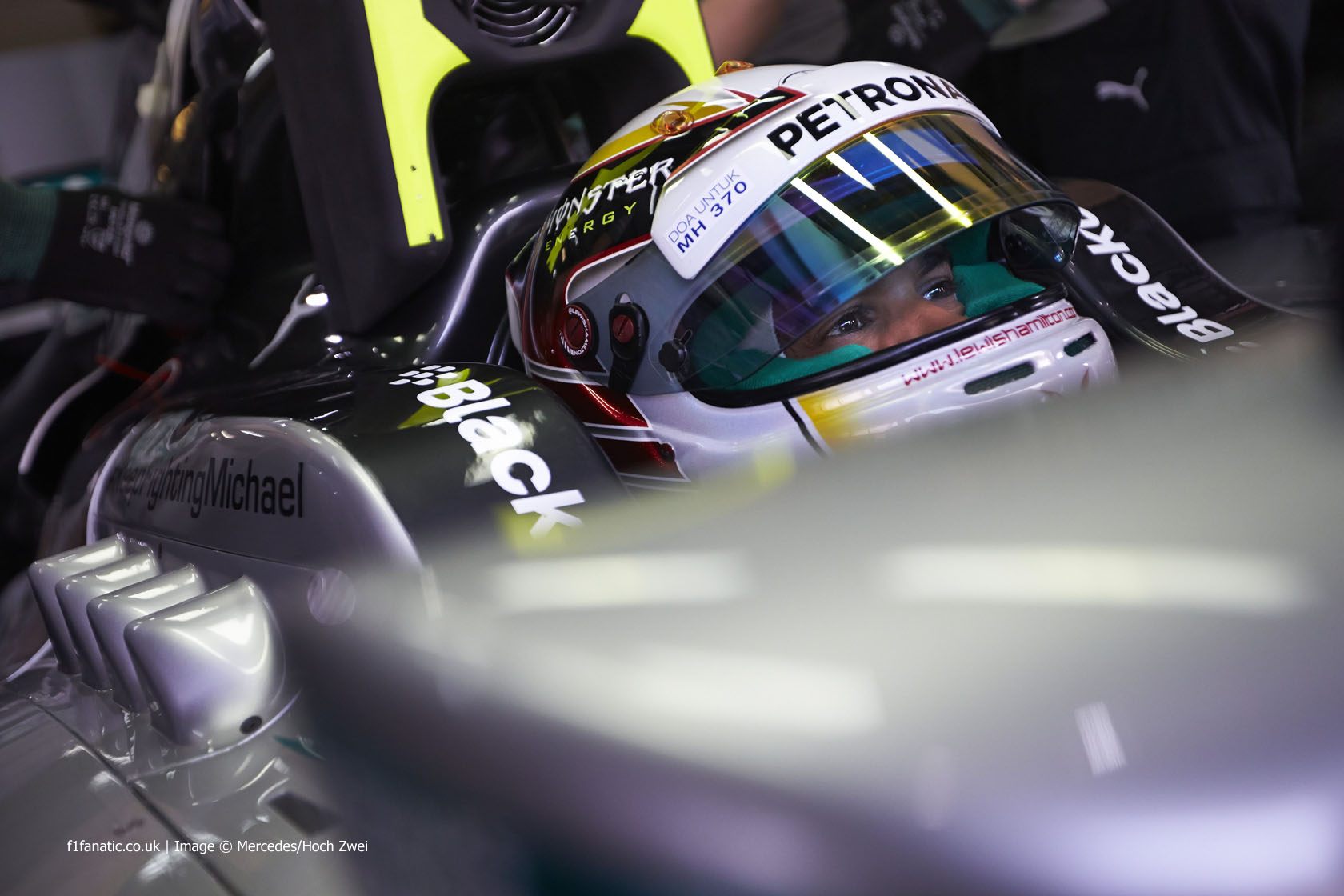 In the round-up: Lewis Hamilton says Ferrari wouldn’t be lobbying for changes to F1’s rules if they were winning races this tear.

“‘[Luca] di Montezemolo didn’t say a thing when Michael (Schumacher) won those five world championships (in a row),” smiled the winner of last weekend’s race in Malaysia who will be chasing a third successive pole position on Saturday.” “Di Montezemolo is concerned that viewing figures in Europe fell for last weekend’s Malaysian Grand Prix, reflecting Ferrari’s online poll that found 78 per cent of the 35,000-plus respondents did not like the new formula.”

“For our fans, we want to apologise for that because we didn’t handle it in the best way.”

“Williams said later that they intended to let Massa back past Bottas if the Finn failed to clear Button within a couple of laps, but this was not explained at the time.”

“You feel it before the race that you haven’t got your ultimate power. The cars are a bit slower so you don’t need to be in superb shape to finish it, but still it’s like if you go for a run for one and half hours and you don’t eat enough, you have a sugar hole. You are almost getting in an area where you don’t work well up here [in the head]. This is the danger we are facing.”

Bernie Ecclestone: “I think Haas will be accepted. They have got the money but it’s a question of whether they are going to spend it.”

“He’ll be testing the McLaren MP4-29 here in Bahrain next week – his first Formula 1 test – and I’m sure he’ll acquit himself very well.”

“Al-Wefaq’s peaceful rallies are usually just that. More worrying for the security men is the 14 February Revolution Youth Coalition cyber-group, who often clash with the police. It, too, has called for demonstrations on Friday, in the al-Seef junction area, west of Manama, under the slogan ‘Stop the blood formula’.”

“Failure is failure. And there is pressure in any team. For Williams it was about the existence of the company – and for them that had the same importance as brand value for others – so doing well, being successful is a necessity for every team.”

Sutil will not drink water for entire race Sunday to save weight. Risk of fainting and dehydration clear. Massa blames car designers #F1

Apparently drivers discussed (and binned) making a rule where driver and seat weight was same for all. Seems a simple solution to me. #F1

Ferrari continues with its offensive against the state of racing in #F1. Remind me, did Maranello feel this way in the early-2000s?

2014 is a litmus test for GP2. In the shape of Stoffel Vandoorne and Raffaele Marciello, GP2 has two serene talents who should go unchallenged by the resident Felipe Nasr, Jolyon Palmer and Alexander Rossi.

And yet, in the past three years the eventual champion has had over three seasons worth of experience before taking the title, and therefore, if GP2 is to wrangle the status of number one feeder series to Formula One back from Formula Renault 3.5, the prevalence of talent over experience must be established. It is vital also, for the very survival of GP2, that the known talent of Mitch Evans and Daniel Abt shine through more brightly in their first year compared with their somewhat lacklustre first years.

That said, GP2 is well placed in the modern world of F1, with the comparable handling, torque and traction characteristics of the Dallara GP2/11 chassis giving young drivers a presumably similar sensation to driving a modern F1 car, and therefore it is essential that the success we have from Daniil Kvyat and Kevin Magnussen in the first two races in F1 translate in young success in GP2 so it does not become a retirement home for well-backed drivers lacking in talent.

If Palmer fulfils his pre-season status as title favourite and wins the title with DAMS, and if Marciello, Vandoorne, Evans and Abt spend most of their time on the outer reaches of the top ten, then a series ignored by the Red Bull Young Driver Programme and clearly struggling financially in the way they failed to update the GP2/11 chassis after the normal three year had elapsed, might just cease to exist. That would be shame, because probably some of the best racing held on grand prix tracks in 2013 was GP2 races.
@William-Brierty

Michael Schumacher won the first ever Bahrain Grand Prix ten years ago today – on 04/04/04. Schumacher led home team mate Rubens Barrichello for his third win in as many races, with Jenson Button’s BAR 26 seconds behind in third.

138 comments on “Ferrari complaining ‘because they’re not winning’”