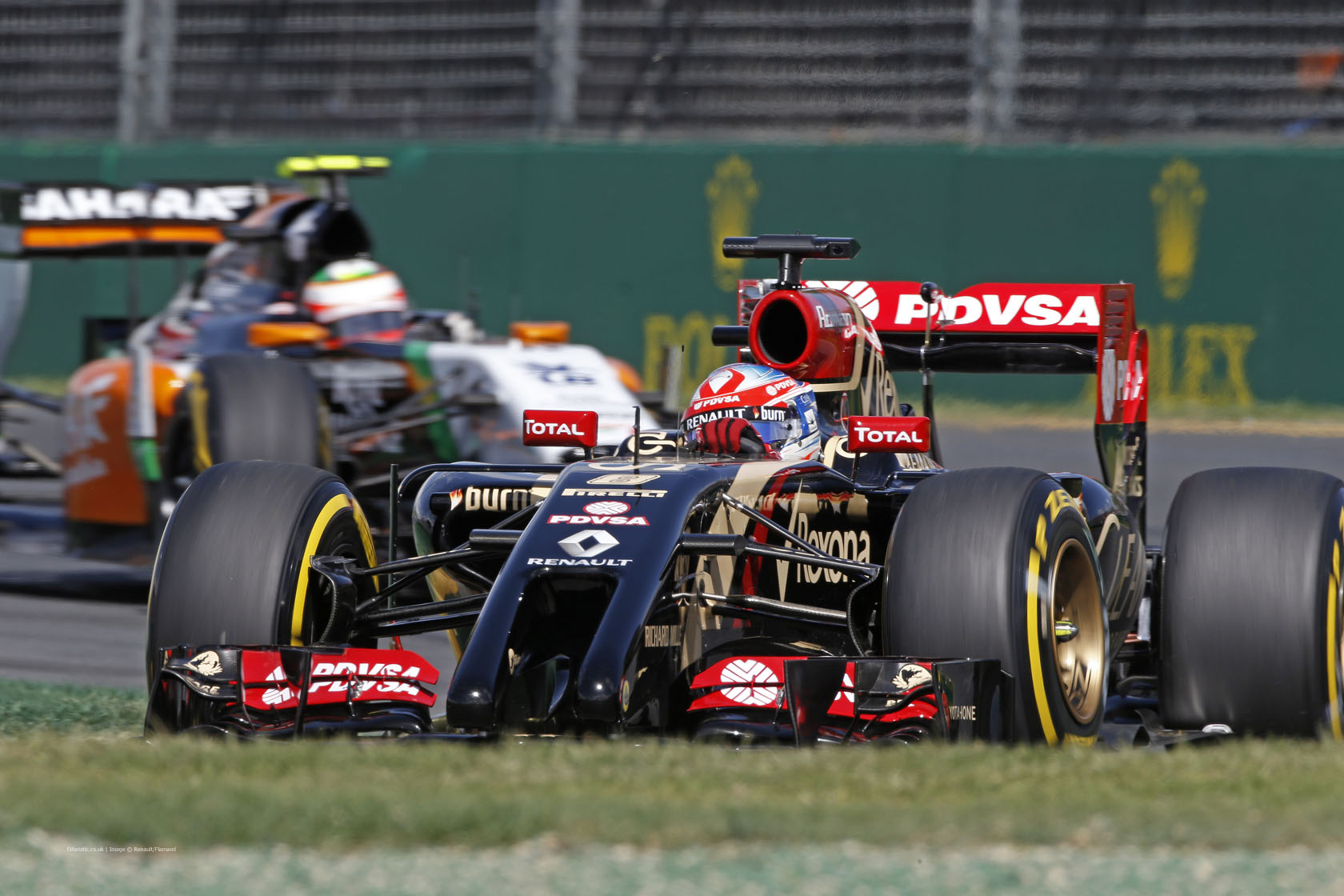 Lotus failed to get either of its cars to the chequered flag in Australia but the team felt its showing represented an improvement for the E22.

“However the 45 laps completed by Romain [Grosjean’s] car is the longest run completed by the E22 and while we accept we’re way behind, we’re working hard to catch up.”

Grosjean retired 15 laps after team mate Pastor Maldonado. Both drivers retired due to a failure of the same component within the MGU-K.

“It’s not the way we want to go racing,” said Permane, who is confident the team will make considerably progress by the next round of the championship.

“We need to make a big leap forward in Malaysia and we’re working every hour to ensure we make this leap. I’m very sure and very confident that we’ll see a big improvement in two weeks’ time.”

10 comments on “Lotus still yet to complete race distance”