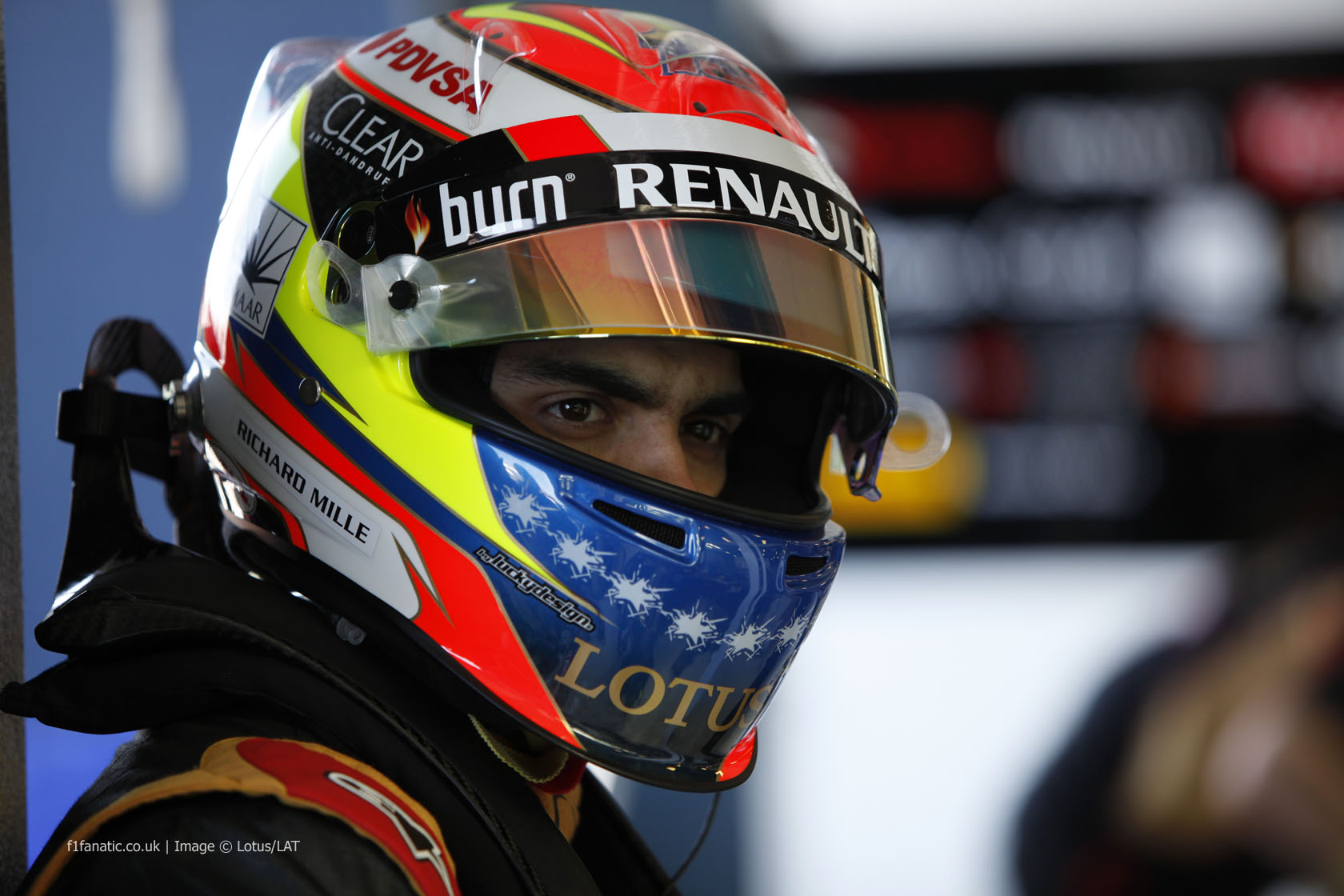 Pastor Maldonado will start the Australian Grand Prix despite failing to set a time in qualifying.

Maldonado fell foul of the stipulation that all drivers must set a time within 107% of the fastest lap during Q1.

However the stewards granted the Lotus driver permission to start on the grounds that he had “set satisfactory times in practice”. They added this does not set a precedent for future races.

Maldonado failed to set a time at all on Friday after a series of problems with his car. He did 15 laps in final qualifying including a best time of 1’34.757 which was just over 6% slower than the fastest time set by Nico Rosberg.

A further technical problem kept Maldonado from joining the track in Q1 before the rain arrived.

“It was a power unit related issue which meant we were so late to the track,” he said. “By that time it started to rain, and then, that’s it.”

“We just need to stay focussed and keep on working and that’s exactly what we’re doing. For the race we’ll just do the best we can. Our pace should be quite good; we just need to put the laps together.”