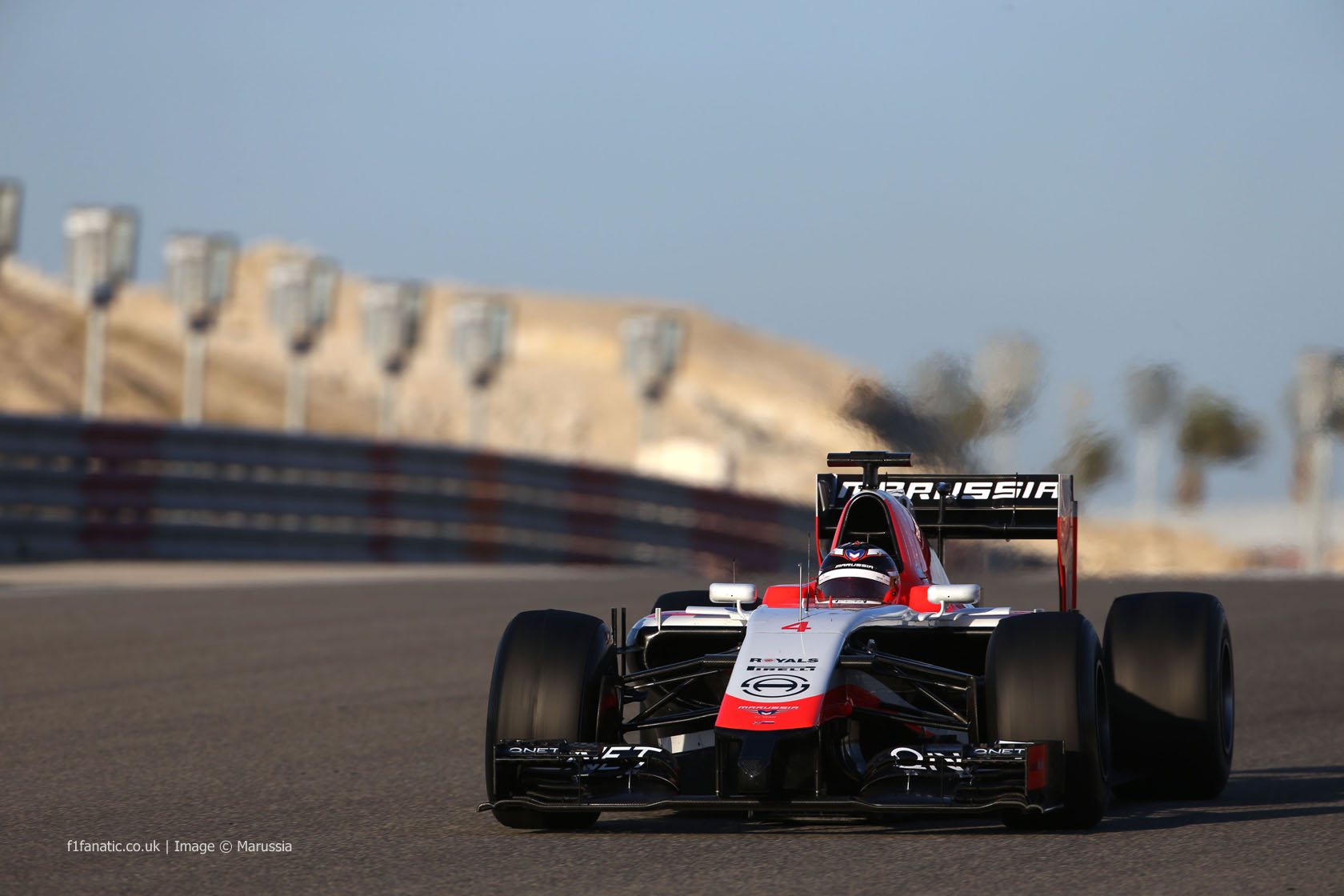 While there remains little new to speak of about the Russian sports car company which has leant its name to the Marussia Formula One team for the past three seasons, the team itself enjoyed its most successful season so far last year.

That didn’t look like being the case 12 months ago, when it was forced to eject long-time driver Timo Glock in favour of a replacement who could bring a budget, and began the season with a pair of drivers who had no previous grand prix starts between them.

However some impressive performances by Jules Bianchi helped the team to a best-ever finishing position of tenth in the constructors’ championship. Should they repeat that feat this year they will be entitled to an even more generous financial windfall.

While closest rivals Caterham have chopped and changed their driver line-up yet again, Marussia are one of only two teams on the grid to retain the same pairing this year. But there’s another reason for them to be optimistic about the year ahead.

Max Chilton may have been comprehensively beaten by Bianchi last year but he usually stayed out of the trouble and was running at the end of all 19 races which deserves some credit. The switch to Ferrari power should give them an engine they can expect to be reliable and competitive. Given the torrid time the Renault teams have endured in testing, Marussia should have some cause to hope that through reliability alone they can make it to the chequered flag in a points-paying position early in the season.

But their own testing didn’t get off to a successful start. The MR03 only appeared for the first time three days into testing and covered just 29 laps in the whole of the second test while the team addressed a host of problems including a computer virus attack.

Once the team conquered their initial problems the car ran well – they covered more than a grand prix distance on each of the last three days. “We now feel like we are in a good position to go racing,” said a relieved team principal John Booth.

Another encouraging development on the eve of the new season was the hiring of former Ferrari PR chief Luca Colajanni as partnership director. It’s an encouraging sign that F1’s smallest team is building for the future by aligning with the sport’s biggest name.

But it remains to be seen when this will translate to hard results on the track. Like fellow 2010 entrants Caterham, Marussia are still seeking their first point in Formula One.

Will a switch to Ferrari engines lift Marussia into midfield contention? Have your say in the comments.