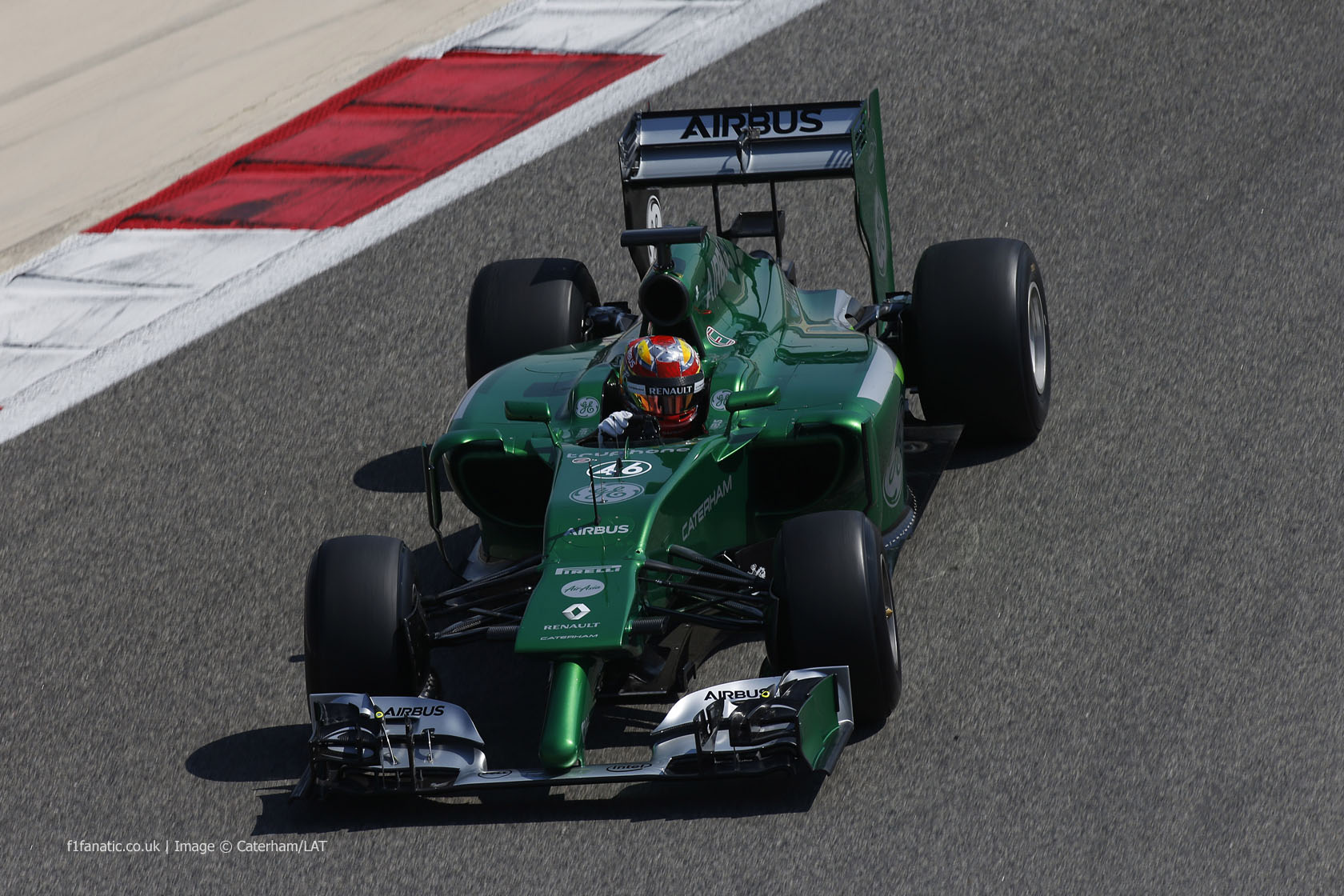 Robin Frijns’ manager says his driver’s two outings for Caterham in the first tests of this season are “unique” in recent Formula One history.

Timo Gans of management company Ganscomm wrote on Twitter that Frijns “had two outings already, as a test driver without money”.

“This is unique in F1, probably didn’t happen in the last three years.”

“Showing the great trust that Caterham has in him, which is much appreciated,” Gans continued. “Couldn’t be happier with where we are.”

Frijns, who won the 2012 Formula Renault 3.5 championship, joined Sauber as a test driver last year but lost his seat after the team appointed Sergey Sirotkin. He also lost his GP2 seat despite winning his third start in the category, again due to a lack of funds.

Frijns will not drive for Caterham in the final pre-season test this week but Gans said this was “no reason to be sad at all – quite the contrary”.