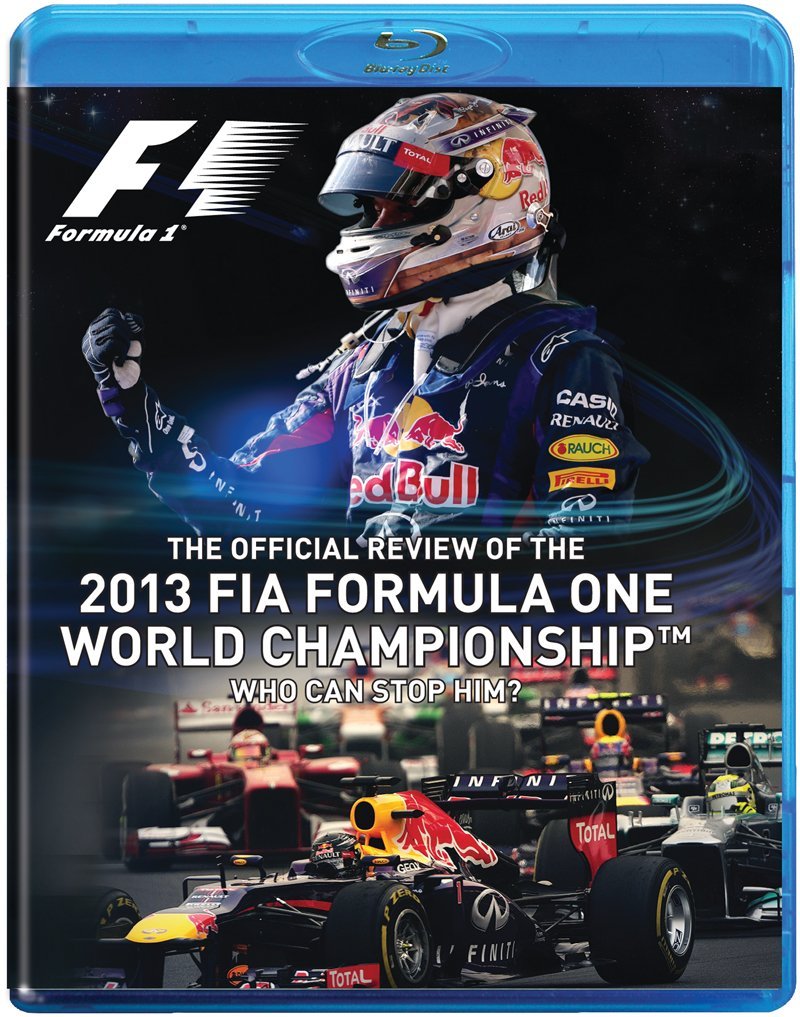 Although the official 2013 F1 season review DVD made it onto shelves in time for Christmas the Blu-Ray was not slated to. Production of the high definition disc was then further delayed by a series of niggling problems, and it has only recently appeared.

But if you’ve been eagerly awaiting the high definition video review of last season your patience has not been well-rewarded: the Blu-ray version offers little more than the DVD.

While the last Blu-Ray review weighed in at a whopping seven hours over two discs, the disc 2013 edition is almost three hours shorter – and just 35 minutes longer than the corresponding DVD edition, reviewed here earlier.

Pop in the single Blu-Ray disc and you find exactly the same review as you’ll find on the DVD, albeit rendered in bright, crisp high definition.

The only additional extra is one onboard camera lap per race. And these are exactly the same as the ones you can watch for free on the official Formula One website. I’ve never found the ‘extras’ add much to the review anyway, but this perfunctory inclusion of material you’ve probably already seen is symptomatic of the entire product. There’s very little new content of interest here. You think they might have found some revealing new radio messages or a few more surprising camera angles.

Within the review itself, tangentially relevant material such as Mark Webber’s career retrospective and John Surtees talking about the history of Monza, though interesting in their own right, would work better lifted from the main review and offered as extras.

Perhaps the real challenge of producing these reviews is that the live coverage F1 offers is now so comprehensive it’s become ever more difficult to offer something new and interesting at the end of the season.

But as far as this product is concerned, it costs more than the DVD version and all you really get for that is slightly better picture quality. It’s considerably worse value than last year’s review. A cheaper downloadable version would be easier to recommend, but as usual FOM are lagging well behind the times in this respect.