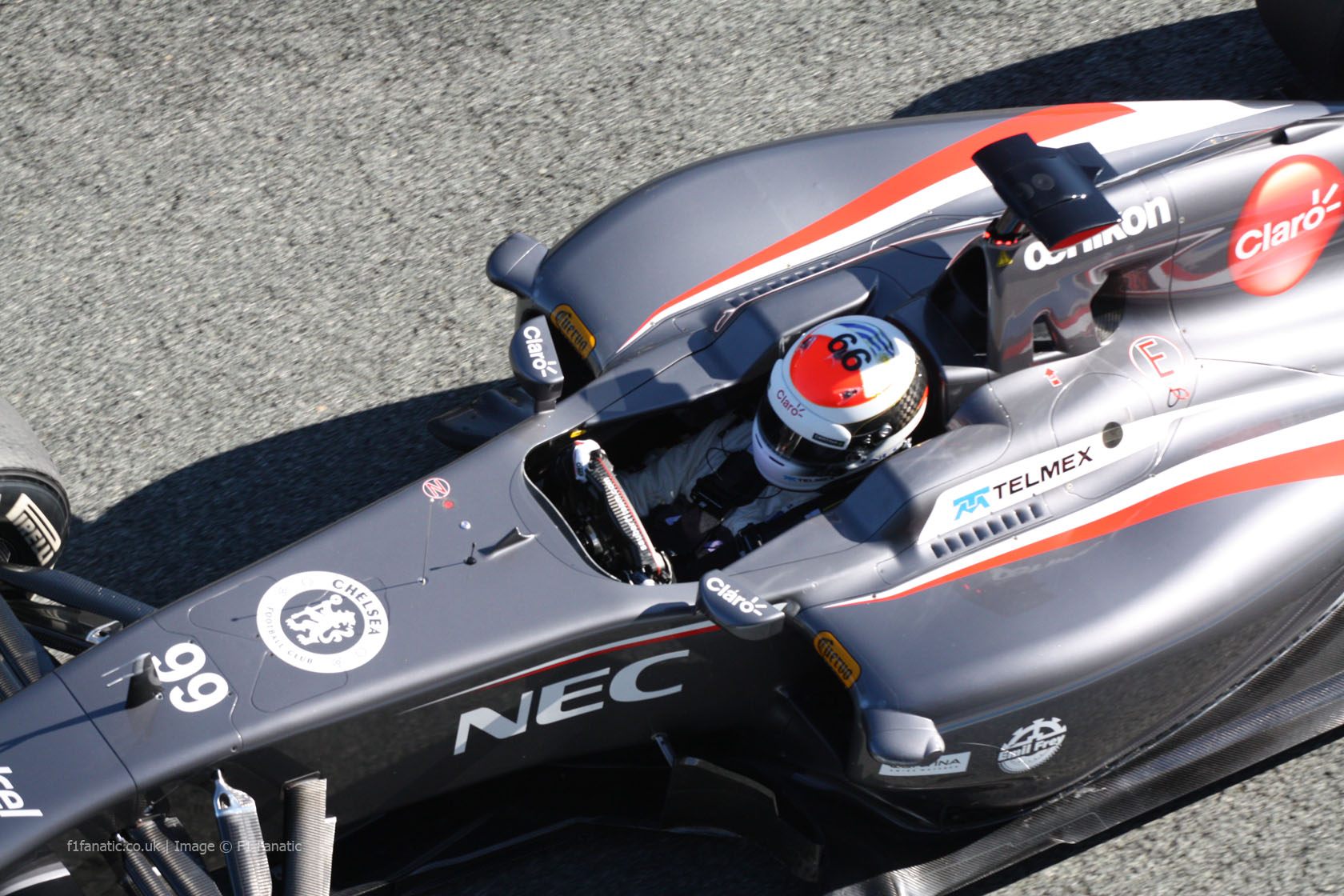 The fastest lap of the first test session of the new season at Jerez was five-and-a-half seconds slower than the best at the same test last year.

“It’s a question of time,” said Sutil. “We’ve seen many years new regulations from the car, once it gets going they pick up seconds every month or every two months and the car improves.”

“So I expect at least four seconds in the end of the season, to the new car 2015 there will be a huge step and hopefully the Formula One will be fast enough again.”

Sutil spun during the test for the second day in a row: “It caught me again in the acceleration phase, just second-third gear.”

“Of course maybe it was different situation [to yesterday] but the cars are just quite tricky on power and the lack of grip, the lack of traction is huge compared to last year, yes.”

“In cold races for sure it will be a big problem,” he added. “We lost the blowing effect and now you really see how much we relied on the blowing.”

“So big effect we had and now it’s gone we have a single wing as well in the rear so there’s so much load missing that it’s just the traction just went down by a big, big step.”

Sutil said the most important job for Sauber in the next test at Bahrain was to “put some downforce on the car and make it driveable”.

“I think especially all the brake systems and engine-wise I’m I think quite comfortable with the Ferrari package. They did a good job. And so we have to focus on our car and driveability and especially the aerodynamics.”

Sutil said the team’s test started slowly but they made more progress as the week went on.

“Of course it could have been better the first few days we didn’t run so much and then when I was in the car it was a little bit better with the drive.

“But at least we got all the systems running, some other teams struggled more so we did some laps. I’m OK, I’m quite happy, it’s a new car with a new engine – so much new so you can’t expect to go out and do a hundred laps in a row so we still need to understand the car and learn. But not too bad for the first test, yes.”