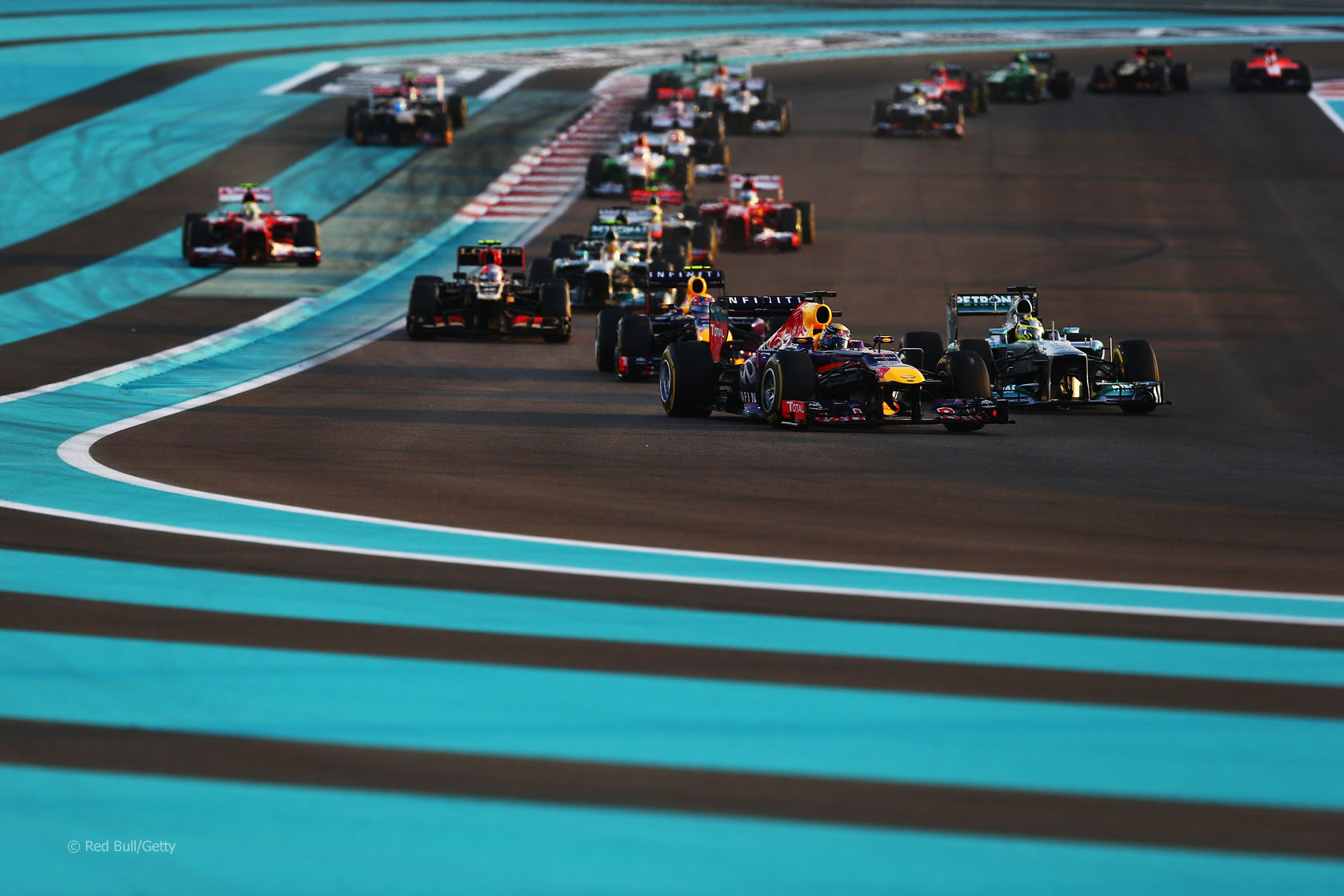 In the round-up: Organisers of the first 18 races on the 2014 F1 calendar question why the Abu Dhabi season finale should be valued more highly.

“Promoters of other Grands Prix on the 19 race calendar… have been on the phone to [Bernie] Ecclestone since the announcement, questioning the justification for the final race, in Abu Dhabi, to be considered ?óŌé¼?ōmore important?óŌé¼?Ų than their race.”

Formula One forced to cut spending as costs pinch (Reuters)

Tony Fernandes: “At the end of the day there may be only five Formula One teams if it carries on the way it is.”

Gerard Lopez: “For 80% of the teams, their financial situation is no better than ours. If half of those teams say they are leaving Formula One, it would lead to the collapse of the championship.”

“I am happy that it is all resetting again otherwise it would be five, six, seven world championships [to Red Bull].”

Vicky Chandhok steps down as FMSCI chief (The Times of India)

“After a second extended term as president of the Federation of Motor Sports Clubs of India (FMSCI), Vicky Chandhok [on] Monday opted to step down and not to seek re-election.”

Thank you for the incredible support over the last decade fantastic! Time to step aside from heading motorsport for a bit now. Thank you all

Davey is hoping Pirelli tone it down a bit next year:

Did Red Bull complain about the extreme high degradation seen early in the year? Yes they did but so did most of the fans, a lot of the media people within F1 and some of the other teams.

Paul Hembery constantly singling Red Bull out and ignoring everyone else who was criticising their tyres and most importantly ignoring the fact that the early-2013 tyres were too extreme. Tyres degrading to the point where you need to make four pit stops and still drive round slowly managing tyres at Barcelona was a joke.

The levels of tyre management seen pretty much all year was too much. I get tyre management has always been a factor to some degree but never to the degree seen in 2013 and that’s why so many complained and disliked the tyres we had this year (including most of the drivers let’s not forget).
Davey

Two years later he finished runner-up to another Australian, Alan Jones, in the 1978 Can-Am championship, before retiring from racing the following year.