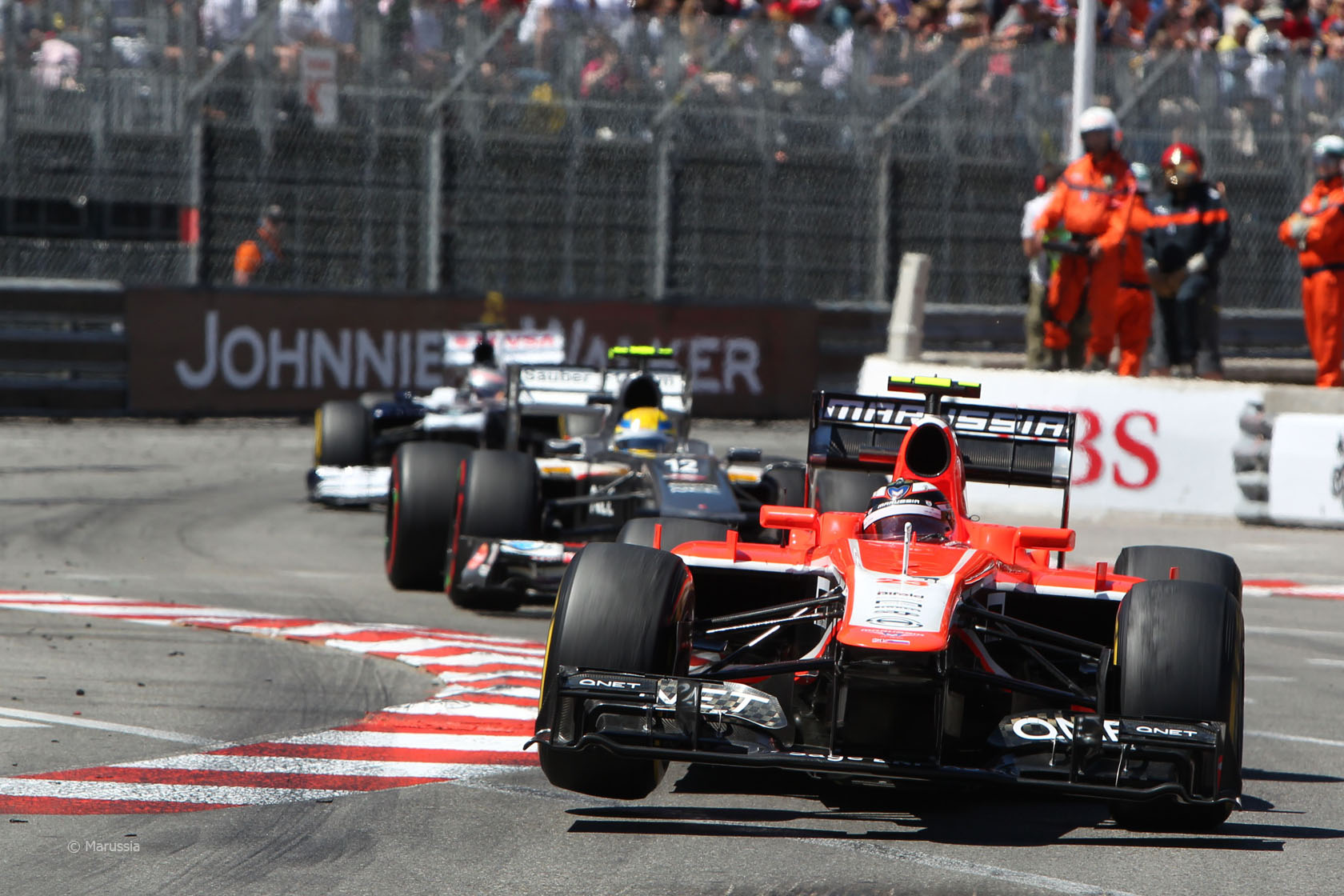 One of Formula One’s most appealing characteristics is also the factor which makes assessing the drivers so frustrating.

As each team designs their own cars from scratch, there is no level playing field across which we can rank each of the competitors. Except, of course, between pairs of team mates.

The F1 Fanatic Driver Rankings is an attempt to use the best available information to rank the drivers based on how well they performed. The 2013 rankings begin today and will run over the course of the next four days, ending with your vote for the best driver of the year.

As usual, we begin with the drivers at the bottom of the list.

Kovalainen’s two-race stint in place of Kimi Raikkonen at Lotus is not sufficient to give a representative view of his performance compared to the other drivers.

He started inside the top ten in Austin but dropped back in the race with KERS and front wing problems. Brazil was less successful – he finished 14th again after failing to make the cut for Q3.

Lotus were relying on Kovalainen to help shore up their points score in their championship battle with Ferrari, and his failure to do so cannot have done much good for his chances of gaining a seat next year. Little was expected from a driver who’d never finished in the top three in a single-seater championship on his way to Formula One but it’s fair to say Max Chilton exceeded those modest expectations.

The much-quoted statistic about him being the first driver to finish all 19 races in his rookie season showed he was a safe pair of hands – though to some extent that was down to him often not being in close proximity to his rivals.

However Chilton proved a quick learner and there was an upward curve to his performances as the year went on. Having finished the first race a full minute behind fellow rookie Jules Bianchi in the other Marussia, Chilton was appreciably closer to his team mate’s pace at the end of the year.

That his team mate didn’t achieve the same record of finishing was at least partly Chilton’s fault, as a careless piece of driving triggered a collision with Pastor Maldonado which also claimed Bianchi. That was a low-point in a season that was otherwise competent but unremarkable.

Van der Garde had more than a few wayward moments in his debut season but he made up for it by getting on terms with his more experienced team mate and even leading the Caterham charge on more than one occasion.

Indeed it was Van der Garde who produced the team’s best qualifying results of their short history: 15th in Monaco and an opportunistic 14th in a rain-hit session in Belgium. In Abu Dhabi his race pace was conclusively better than Pic’s, so much so his team mate was instructed to get out of the way.

But at times it seemed he just couldn’t keep himself out of trouble. Canada was one of those days as he tangled with Mark Webber and Nico Hulkenberg while being lapped.

He collided with Maldonado in Monaco and was involved in a spate of incidents at the end of the season. First-lap crashes – both of which largely his fault – meant an early bath in Japan and India. And he was hit with drive-through penalties in Korea and Brazil. All of this was rather poorly-timed as Caterham failed in their endeavours to claim that all-important 13th place.

It was not a very convincing second season for Charles Pic following his move to Caterham. He was not decisively quicker than Van der Garde often enough and he made the kind of errors F1 rookies shouldn’t make, let alone a sophomore driver.

On his day Pic looked like the team leader Caterham needed him to be following their off-season ousting of Heikki Kovalainen and Vitaly Petrov. He gave the Williams drivers grief in Spain and Britain, and that scoreline against Van der Garde would look better had Pic not had a few technical failures.

Getting a reprimand for passing a red light without stopping would have been bad enough once, but Pic managed to do it on consecutive race weekends in Korea and Japan (and had done something similar in Singapore last year). He therefore exceeded three reprimands during the season, picking up a ten-place penalty. Gutierrez was dealt a tough hand by making his F1 debut for a team who began the season disappointingly far from the pace, and alongside a driver widely tipped as a future star.

Things began badly with a crash during the rain-hit qualifying session in Australia. That was the first of ten times he was knocked out during Q1 – something which never happened to Nico Hulkenberg.

After the team’s mid-season breakthrough Gutierrez had a strong weekend in Singapore and finally demonstrated what he’s capable of with seventh place on his first visit to Suzuka. But those proved his only points of the season.

There were also some reminders of the ragged edge that characterised his GP2 performances: a silly collision with Adrian Sutil in China, a crash at the pit exit in Canada and a penalty for a rather reckless move during qualifying at the Circuit of the Americas.

For a brief moment it looked as though Jean-Eric Vergne, not team mate Daniel Ricciardo, would be Red Bull’s logical choice to replace Mark Webber.

Vergne equalled his best-ever result with eighth in Monaco, then bettered it with sixth place in Canada. The latter showed what he could do with a car that was on the pace as he dispensed with Valtteri Bottas and pulled clear.

However by the end of the season the story was much the same as last year. Particularly in qualifying, where Ricciardo thrashed him to the tune of a one second difference between the pair on average.

Vergne often moved closer to his team mate in the races, and his cause was not aided by some poor fortune. That included a few collisions that were not his fault and a series of failures in Britain (tyre), Germany (hydraulics), Italy (engine) and qualifying in Japan (brakes). Pastor Maldonado was not exactly a model of good team leadership during a difficult season for Williams.

The FW35 proved a huge disappointment when assessed against the competition in Australia. Maldonado faced a repeat of 2011, scrabbling to pick up any crumbs dropped by the smaller teams. He ended up with a single point.

This is a somewhat unfair reflection on his race pace which was often very good – better than his rookie team mate’s, as you would expect. A battling yet unrewarded drive at Singapore was a particular highlight, and he narrowly missed out on points in India and Abu Dhabi as well.

But he was outdone by Valtteri Bottas in qualifying over the course of the season and even lost at tracks which have been Maldonado’s forte in past seasons: Monaco and Singapore, for example. His better moments included an excellent lap to reach Q2 at Monza.

Maldonado was again involved in more than his fair share of incidents, though not all of them were his fault – he was blameless for the collisions with Van der Garde and Chilton in Monaco. But the blundering contact with both Force Indias in Belgium was another one of those times that left you wondering when he’s going to get his act together.