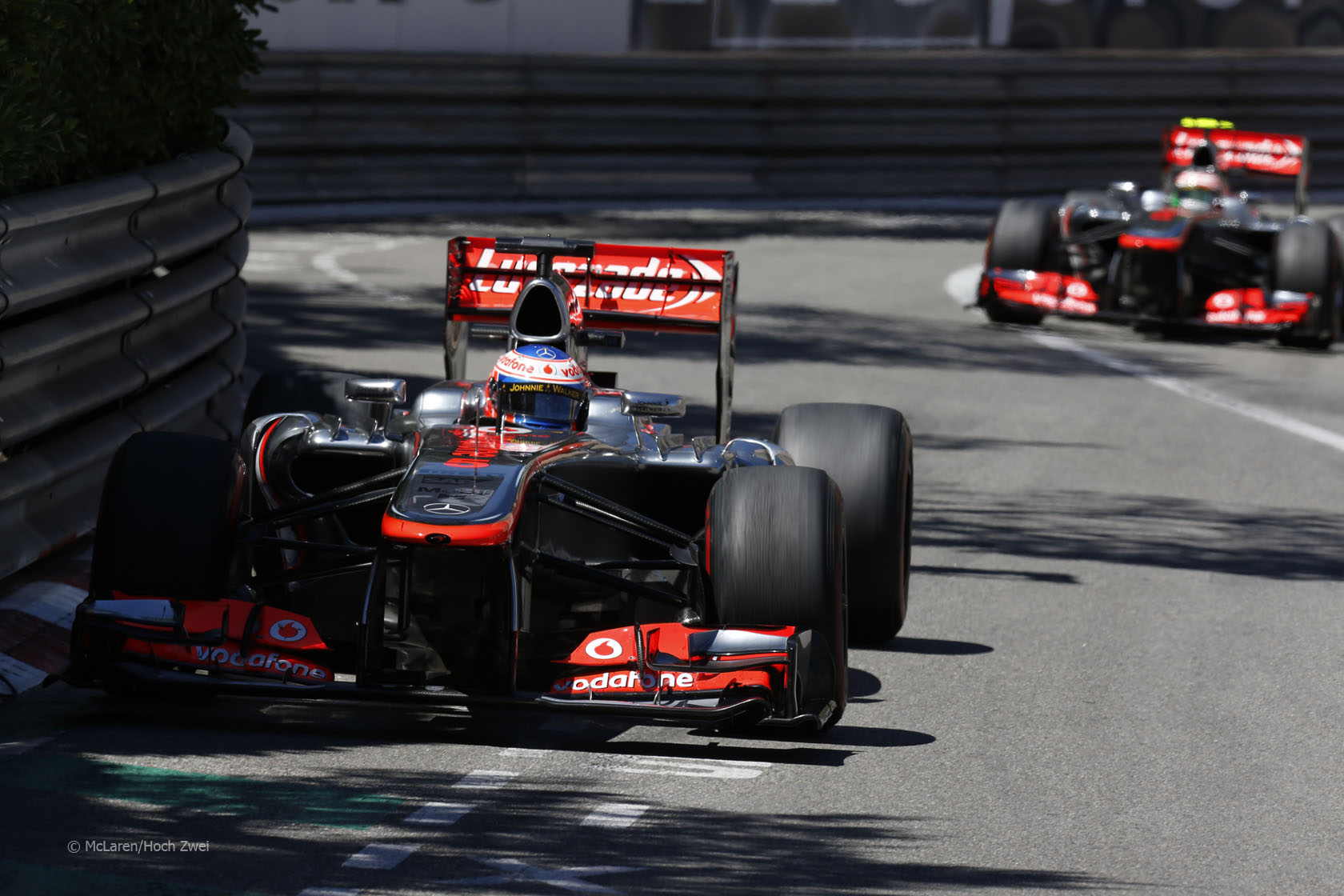 It’s been a feature of McLaren’s form for several years now that they tend not to have indifferent seasons. They have good years and bad – and their latest campaign quite emphatically was the latter.

McLaren ended 2012 with the quickest car and back-to-=back wins in the final two rounds. As 2013 was essentially a stopgap year before new regulations arrived it wouldn’t have been a surprise to see them use a straightforward evolution of the MP4-27, with which they won as many races as Red Bull last year.

Instead the decision was taken to pursue a radical change in direction with the MP4-28. It’s easy to criticise that call in hindsight but the team believed the development potential of the previous car had largely been tapped and a new direction was needed.

Even so there must have been a few people at McLaren who looked at what Red Bull achieved with their ‘RB8-B’ and felt that could have been them. By the end of the season McLaren hadn’t started a single race inside the top five and they never crossed the finishing line higher than fourth place – something they hadn’t failed to do since 1980.

Jenson Button has driven far worse cars than the MP4-28 in his F1 career and often seemed to wring the best out of the car, even if that was usually a finishing positions in the second half of the points.

But for Sergio Perez the season was a crushing disappointment. Handed his big break with a top team he ended up driving a car that was less competitive than the Sauber he had last year – and to cap it all he was given the boot at the end of the season.

It remains to be seen how far that was a reflection on Perez’s performance and how much of it was down to McLaren’s eagerness to get Formula Renault 3.5 champion Kevin Magnussen in the car. He impressed the team during the Young Drivers’ Test and seems to have got on better in the team’s simulator – an area where Perez was playing catch-up having not had access to one at Sauber.

A somewhat overlooked aspect of McLaren’s season was that while they dropped the ball horribly when it came to car performance, they successfully eradicated last year’s reliability problems, and both their drivers finished every race. But in an era when near-bulletproof reliability is the norm from the front to the back of the grid, that alone was never going to get them very far.

While the team endured a woeful year on the track, there was significant development off it which will keep them smiling into the off-season. Honda have been enticed back to F1 as their engine supplier from 2015, giving them the manufacturer backing which may prove what they need to becomes F1’s class leaders once again.