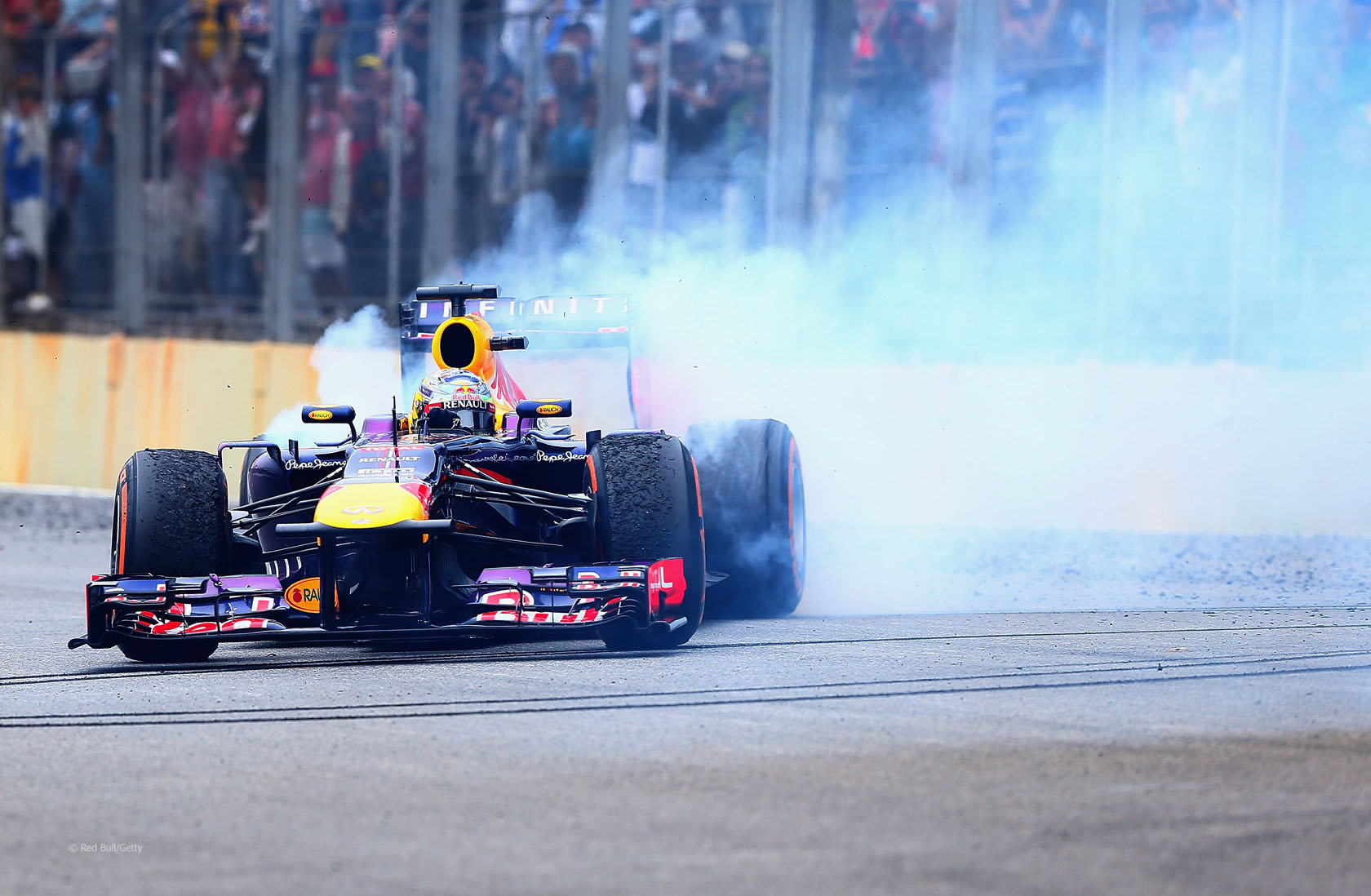 Sebastian Vettel extended his winning streak in the Brazilian Grand Prix and has now won nine consecutive races in a row. That ties the all-time record with Alberto Ascari, though Vettel distanced himself from comparisons with Ascari’s achievement.

Of course there were far fewer races per season then than today. When Ascari won his ninth race in a row, at Spa in 1953, he was one day short of the first anniversary of the beginning of his streak at the same race in 1952.

However Vettel’s nine race wins were compressed into 91 days – exactly one-quarter the duration of Ascari’s unbeaten streak. However by the time the next season starts it will have increased to 203.

Vettel also scored his 13th win of the season, equalling Michael Schumacher’s record for the most wins in a year. Schumacher won 13 races out of 18 in 2004 whereas Vettel had 19 races to do the same.

He now has 39 grand prix victories to his name, two fewer than Ayrton Senna, and 45 pole positions – that’s 20 fewer than Senna achieved. It was also the 12th time he led every lap of a grand prix – he crossed the start/finish line two hundredths of a second ahead of Nico Rosberg on lap one.

Vettel also finished on the podium for the 11th race in a row, equalling his personal best streak. The record is 19, set by Schumacher from 2001 to 2002.

He ended the season with 397 points, the most ever recorded by a driver, five more than he managed in 2011. Of course the changes to the points system and varying length of F1 seasons means points totals like this are not useful for comparisons between drivers. The only achievement Vettel missed during the race was fastest lap, which went to team mate Mark Webber. It was the 19th of his career, giving him as many as Senna, Stirling Moss and Damon Hill.

At the end of his career Webber had started 215 races, the most ever by an Australian driver, and won nine of them. He also had 42 podium finishes and 13 pole positions. He equalled his highest position in the world championship with year with third which he also achieved in 2010 and 2011.

A Renault engine also scored points for the 100th race in a row. However this is some way short of the record – Ford-Cosworth engines scored in 228 consecutive races from 1967 to 1983. Sunday’s race was the last for a Cosworth engine for the foreseeable future.

Lotus’s 38-race run in the points, which began at the first race of last year, came to an end.

Alonso took his eighth podium finish in the Brazilian Grand Prix but remains yet to win this race. That gives him the rather undesirable record of taking the most podium finished in the same race without winning it.

This was also the first time Alonso has gone an entire season without starting a race from the front row since his debut campaign for Minardi in 2001.

McLaren had their best result of the year in Brazil thanks to Jenson Button’s fourth place. But they were unable to claim a podium before the end of the season, something they haven’t failed to do since 1980, the last year before Ron Dennis took charge of the team.

There was some cheer for McLaren, however. They became the first team in F1 history to have both their cars classified in every race and covered 11,488km out of a possible 11,584km during the races – 99.17%. In a similar vein Max Chilton celebrated finishing all 19 races in his debut season, something which has never been done before.

Sergio Perez climbed 13 places to finish sixth in Brazil, the second-highest position improvement seen so far this year. The best was Romain Grosjean’s gain of 14 places in India. Paul di Resta also made up 13 places at the British Grand Prix.

Button also became the most experienced British driver of all time, starting his 247th grand prix, giving him one more than David Coulthard. Button has been present at 249 races but did not start the 2003 Monaco Grand Prix due to injury and the 2005 United States Grand Prix due to the withdrawal of Michelin runners on the first lap.

Have you spotted any other interesting stats and facts from the Brazilian Grand Prix? Share them in the comments.

72 comments on “Vettel matches Ascari and Schumacher with ninth win”