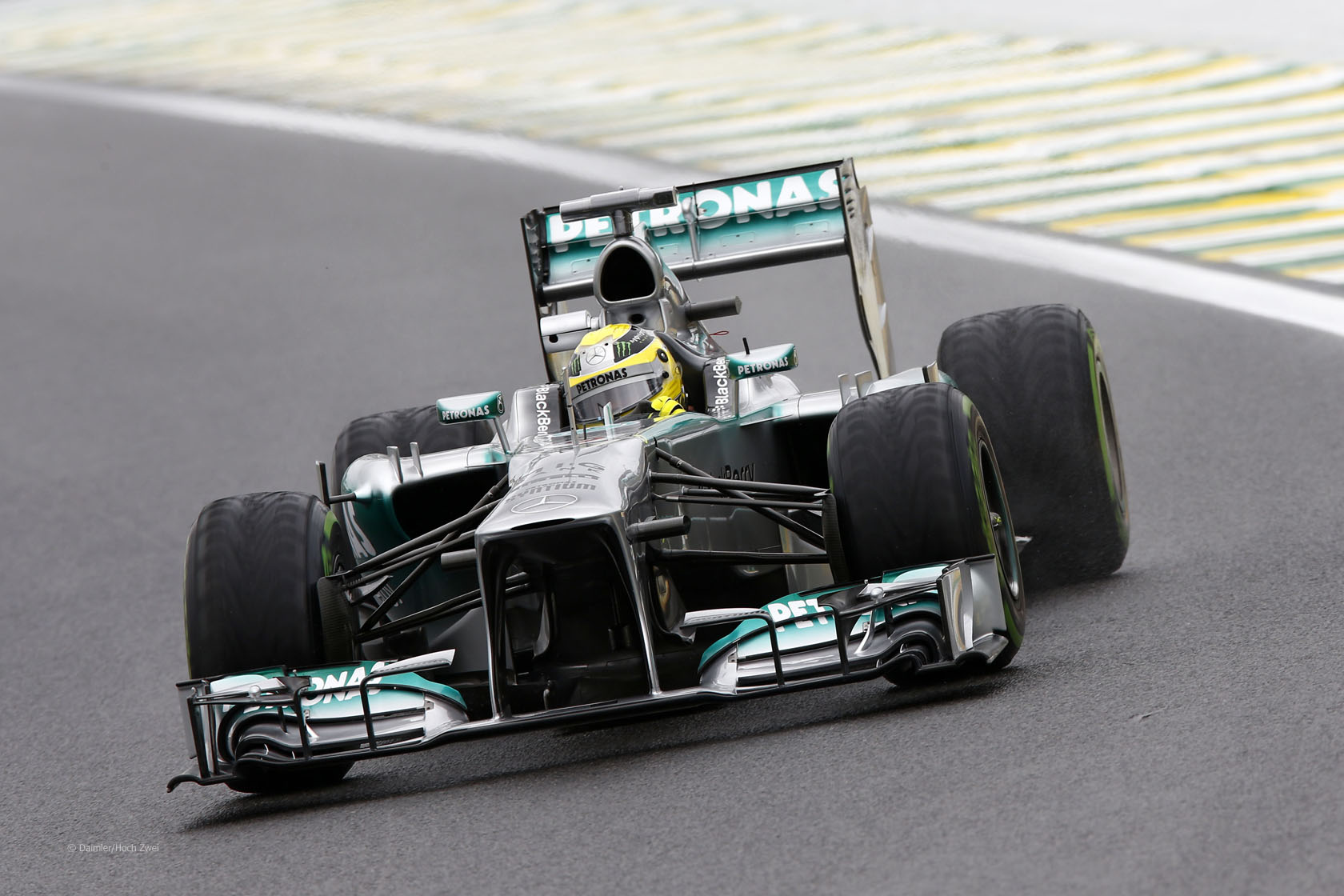 The Mercedes drivers led the first practice for the Brazilian Grand Prix but lap times were ten seconds off the dry pace in a rain-hit session.

Nico Rosberg set the quickest time early in the session using intermediate tyres on a damp track. Team mate Lewis Hamilton was almost half a second off him pace.

The track never got dry enough for slicks to be a serious option but Red Bull made a point of doing back-to-back runs on the current hard tyres and prototype 2014 compounds on Sebastian Vettel’s car to collect aero data when the track conditions improved.

He returned to the track later in the session to set a 1’25.387 which put him third behind the two Mercedes. The conditions caught out many drivers including the three quickest runners. Rosberg went wide at turn one, Hamilton briefly spun to a stop at turn three and Vettel explored the run-off at Juncao, all without incurring damage.

Jenson Button and Fernando Alonso completed the top five. Daniil Kvyat was a strong eighth for Toro Rosso in his second appearance for the team, taking over from Daniel Ricciardo for this session only.

Heikki Kovalainen was nine-quickest as he began his second weekend for Lotus, four tenths of a second quicker than Romain Grosjean. His team mate was frustrated by being held up by Giedo van der Garde during the session when the Caterham driver abruptly slowed with a gearbox problem. He managed to bring his car back into the pits from where he was able to continue his running.

19 comments on “Soggy start to practice is led by Mercedes”